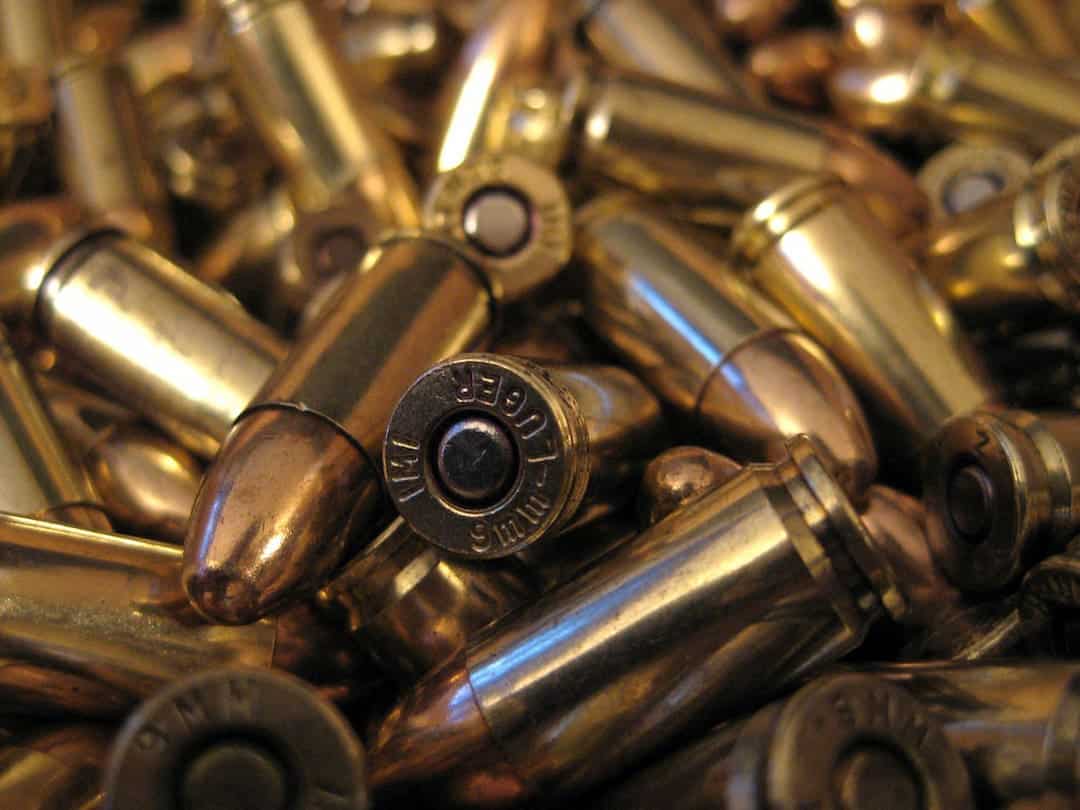 There are a million and one debates in the firearms world to be had. Some people might even say that there is no wrong answer to any gun question—it’s all about personal preference. But when it comes to handguns, there are a lot of choices to make, especially for new shooters.

Nonetheless, one of the most important decisions is what caliber to choose. Maybe you're wondering if a 9mm or 10mm is better for you. In this article, we'll look at both calibers and help you decide which one is right for you.

History of 9mm and 10mm Handguns

The 9mm Parabellum, also known as the 9mm Luger, is a popular ammunition cartridge for handguns. It was designed by Georg Luger and introduced in 1902 by German firearms manufacturer Deutsche Waffen- und Munitionsfabriken (DWM) for their Luger semi-automatic pistol. The cartridge was originally designed with military handguns but has since become popular for self-defense and target shooting.

The 9mm Luger handgun cartridges have a semi-rimmed design, meaning that the case's rim is slightly smaller than the body of the case. As a result, the 9mm Luger is perfectly proper ammunition for the law enforcement community, military organizations, and many gun owners worldwide.

The 10mm Auto is a semi-automatic pistol cartridge first developed by Jeff Cooper and introduced in 1983 with the Bren Ten pistol. Its design was adopted and later produced by ammunition manufacturer FFV Norma AB of Amotfors, Sweden.

The 10mm Auto handgun cartridge was designed to be a more powerful round than the 9mm Luger. As a result, it can produce significantly higher muzzle velocities and energy levels, making it effective self-defense ammo. As a result, the 10mm Auto has been gaining popularity in recent years, with several manufacturers offering guns chambered for the cartridge. 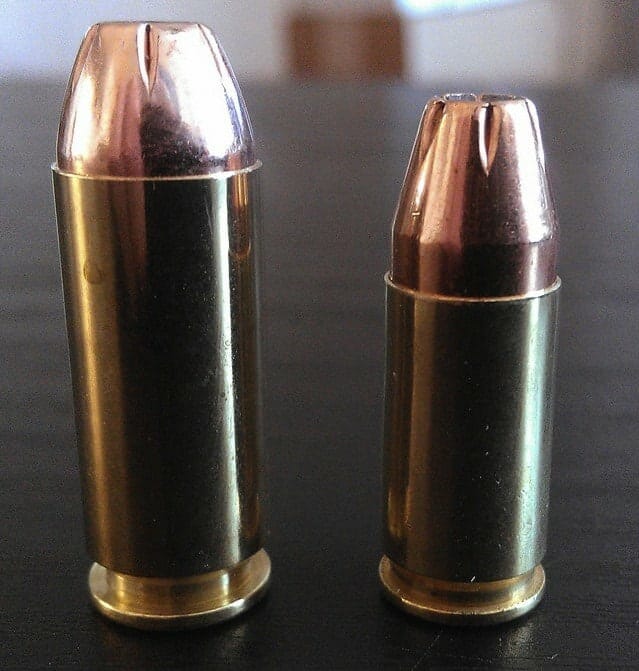 Features of Comparison Between 9mm and 10 mm Handguns

The 10mm has a slight edge over the 9mm pistols in terminal ballistics. The 10mm bullet is larger and heavier, which means it will retain its energy better and deliver more damage to the target. The 9mm bullet is smaller and lighter, so it will lose energy faster and not deliver as much damage.

The 9mm has a slight edge over the 10mm in sectional density. The 9mm bullet is narrower and longer, which means it will have more kinetic energy transfer and penetrate deeper into the target. The 10mm bullet is wider and shorter, so it will penetrate less deeply.

One factor that is often considered is the handgun calibers of the firearms. Due to the increased energy transfer, a larger caliber bullet will typically have more stopping power than a smaller caliber bullet. Therefore they cannot use the same bullets.

In firearms, recoil is the backward movement of the gun when discharged. When a gun is fired, the bullet and propellant gases are expelled from the barrel at high velocity. It creates a forward force on the gun, which is balanced by the rearward force of the recoil.

The 9mm Luger is a more affordable cartridge thanks to its widespread popularity. On the other hand, the 10mm Auto is less common and, as such, is typically more expensive. As a result, it can make it cost-prohibitive for other shooters, particularly those on a budget.

Ballistic gel tests have shown that the 9mm Luger has good penetration, thanks to its high velocity and relatively heavy bullet weight.

The 10mm Auto also has good penetration due to its even higher velocity and heavier bullet weights. It makes it a good weapon for self-defense, as it is more likely to penetrate through barriers such as clothing or bone.

A comparison of these two handgun rounds revolves around power.

The 9mm Luger can be loaded with various rounds, including hollow points and expanding bullets. The 10mm Auto is typically loaded with heavier bullets, as these are more effective at stopping power. Ultimately, the handgun rounds for your needs will depend on what you plan to use them.

If you are looking for a personal-defense round, the 10mm Auto is good. It is high muzzle energy and velocity makes it more likely to penetrate through barriers, and its heavier bullet weights make it more effective at stopping power. 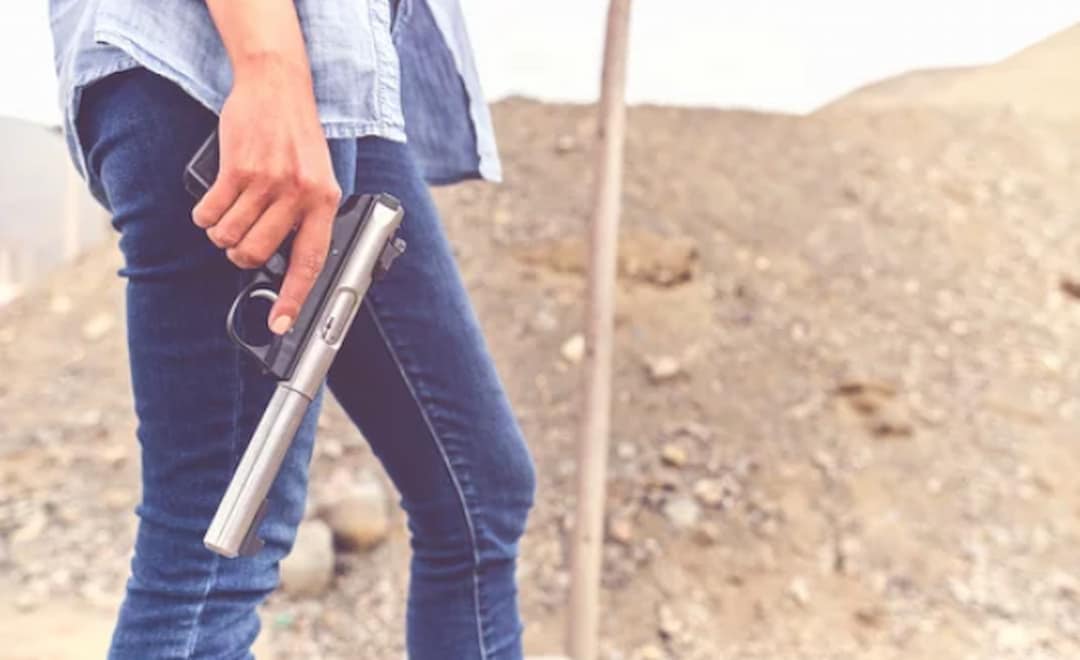 The 9mm Luger is popular for hunting and wilderness protection thanks to its high accuracy and lower MOA errors. However, the 10mm Auto is more powerful and, as such, is a better choice for those who may encounter larger threats. Personal protection is key.

The 9mm Luger is a popular choice for target shooting, thanks to its high degree of accuracy and lower MOA errors. However, the 10mm Auto is more powerful and may be more suitable for those looking for a challenge.

The 10mm gun has a much higher ammo capacity than the 45, making it a more versatile weapon. The 10mm can also be fired more rapidly, ideal for close-quarters combat. However, the same gun chambered 45 is more powerful and has a longer range, better suited for long-range engagements.

Thanks to its higher muzzle energy and velocity, the 10mm Auto is more powerful than the 9mm Luger.  Making it a better choice as self or home defense pistol, as it is more likely to penetrate through barriers. It is also a good choice for hunting and wilderness protection, as it is more effective at stopping power.

Thanks to its higher bullet weights and case capacity, the 10mm Auto is slightly larger than the 9mm Luger. As a result, it can make it more difficult to control for some shooters, particularly those not accustomed to firing high-powered handguns. However, the 10mm Auto is the more powerful and better choice for those who may encounter larger threats.

How Much More Powerful Is 10mm Than 9mm?

Thanks to its higher muzzle energy and velocity, the 10mm Auto is more powerful than the 9mm Luger. Therefore, it is a better choice for self-defense, as it is more likely to penetrate through barriers. It is also a good choice for hunting and wilderness protection, as it is more effective at stopping power. However, the 9mm Luger is more accurate and maybe a better choice for target shooting. Ultimately, the best round for your needs will depend on what you plan to use it for.

Is 10mm too Powerful for Self-defense?

No, the 10mm Auto is not too powerful for self-defense. It is high muzzle energy and velocity makes it more likely to penetrate through barriers, and its heavier bullet weights make it more effective at stopping power. However, some shooters may find the 10mm Auto too much gun for self-defense, so the 9mm Luger may be better. Ultimately, the best round for your needs will depend on what you plan to use it for.

Which One Wins for Concealed Carry?

10mm handguns are generally larger and heavier than 9mm handguns. It makes them easier for gun owners to carry and easier to conceal. They also tend to have less recoil, making them more comfortable to shoot.

However, 10mm handguns pack a bit more punch. The larger bullet size means that they can deliver more power, making them better for self-defense situations. They also tend to have better accuracy due to the increased weight of the bullet.

Which is better for concealed carry? It depends on your individual needs and preferences. If you want a smaller and lighter pocket pistol that is easy to carry and conceal, a 9mm conceal carry is probably a better choice. If you want more power and accuracy, 10mm might be better. 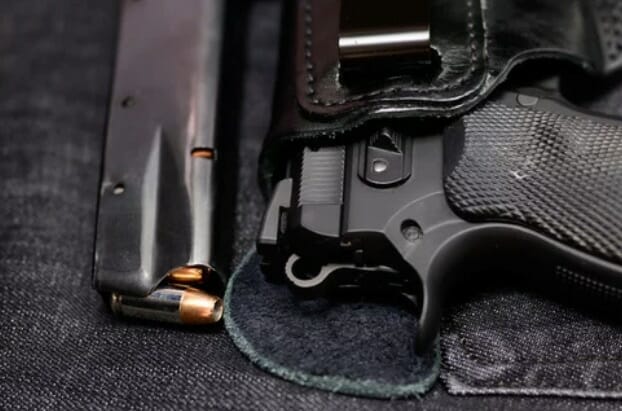 What Is Hydra Shok Ammunition?

The design of the Hydra Shok bullet allows for greater expansion than traditional hollow-point ammunition, making it an effective choice for self-defense.