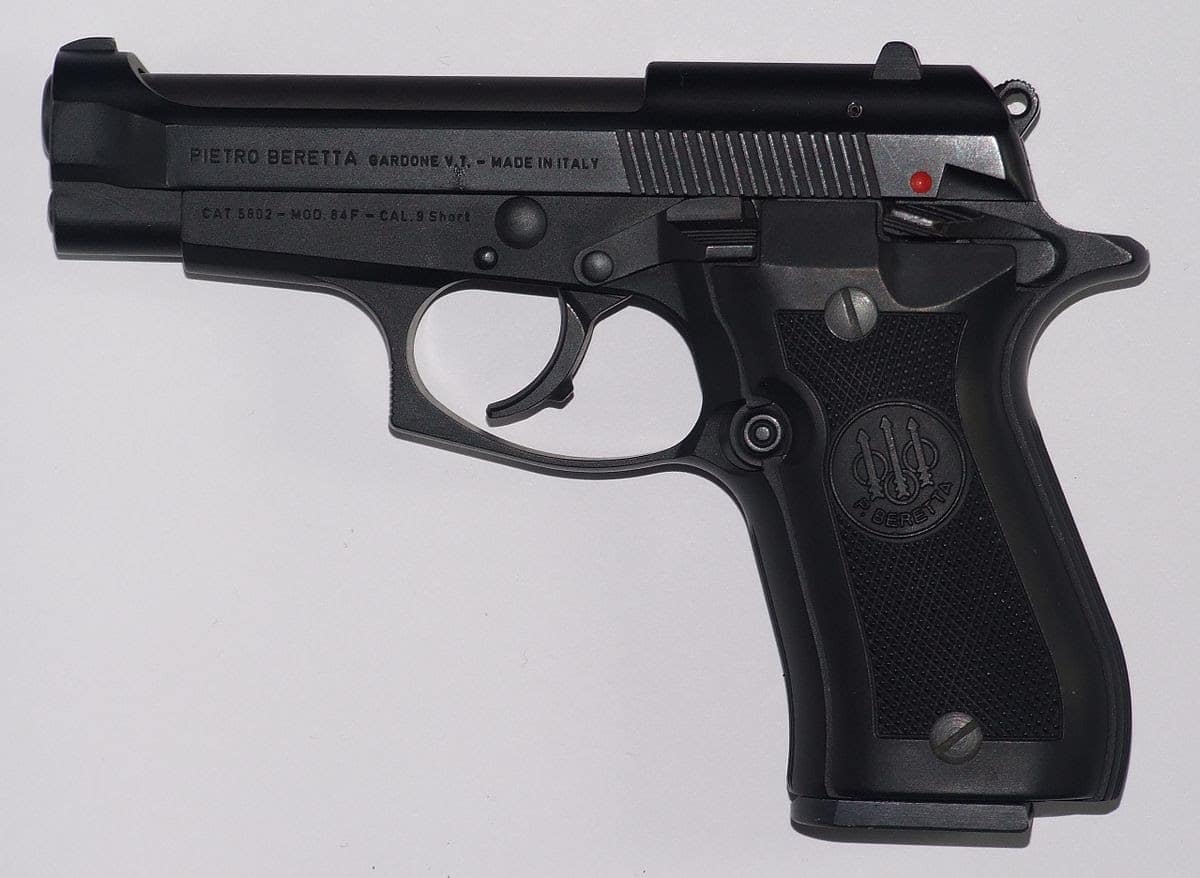 I have long been a fan of the Beretta 84FS Cheetah aesthetics. It's a sharp-looking pistol that resembles similar models on the market but with enough of its own touches to make it unique. Made from a combination of plastic and alloy, the Beretta 84 is lightweight and versatile, making it ideal for use as a daily concealed carry.

Once Upon a Time in Italy 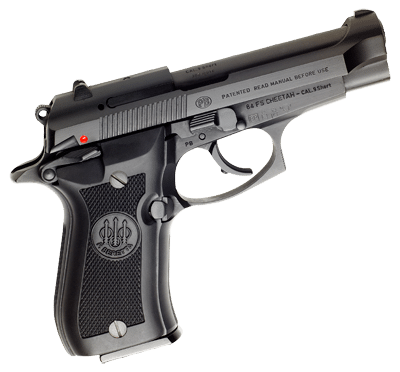 The Beretta 84FS is made in Italy and then shipped over here to the States. It's interesting to note that you can find the Beretta 84FS Cheetah on the manufacturer's Italian website, but not on its American one.

As a pistol that's been around since the mid-to-late 1970s, it's pretty easy to track down used models of the Beretta 84 for sale.

There are brand new versions if you're opposed to buying used, but it will cost you significantly more. With that being said, could the Beretta 84 Cheetah be such a well-made pistol that you'll have no issues buying a used model? On the other hand, if you are looking for your first gun, buying used should not be an option - take a look at this review instead.

To answer that, we need to take a closer look at this fabled gun to see if it lives up to the hype.

Today, the FS-designated Beretta Model 84 has enough features to please a variety of preferences, including:

Check Current Price
Beretta delivers a classic pistol with its 84FS Cheetah. You've likely seen this Beretta 84 gun in various TV shows and movies over the years, as it's been wielded by the likes of Bruce Willis and the legendary kickmaster himself, Jean-Claude Van Damme. Also, its reliability make it a great handgun for women, though its slightly more cumbersome than these pistols here.

And that's only the start of what this 380 ACP pistol brings to the table. Depending on your tastes, the Beretta 84 comes in either a nickel-plated or matte black variant. The latter looks fine, but there is something classy about the nickel version of the Beretta 84 that the black can't compare to. 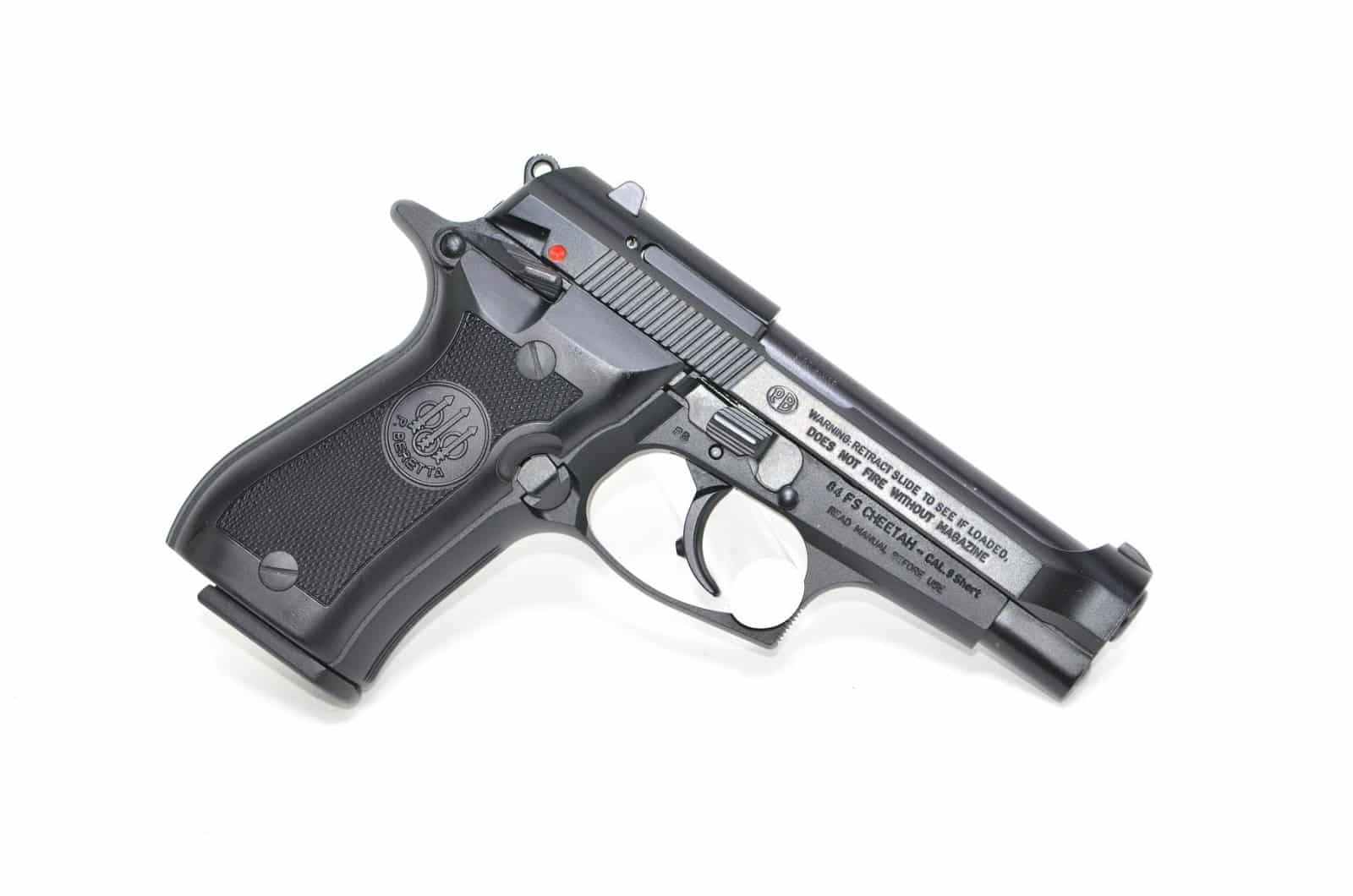 The black Beretta model comes equipped with plastic grips, while the nickel pistols give you the choice of walnut or plastic grips.

The grips themselves feature a checkered texture design, and the rear and front portions of the frame are grooved. As mentioned, the sights sport a red-dot design. The front sight is a complete red dot, while the rear sight shows only the bottom half.

You line up these "dots" until you see only one complete red dot. While I'm used to the white-dot layout that's found on many pistols, I actually found this Beretta 84 setup to be quite workable, as I don't believe I have ever used a sight system like this before.

The slide feels crisp and moves smoothly on the alloy frame. Aesthetically speaking, the Beretta Cheetah is a breath of fresh air. 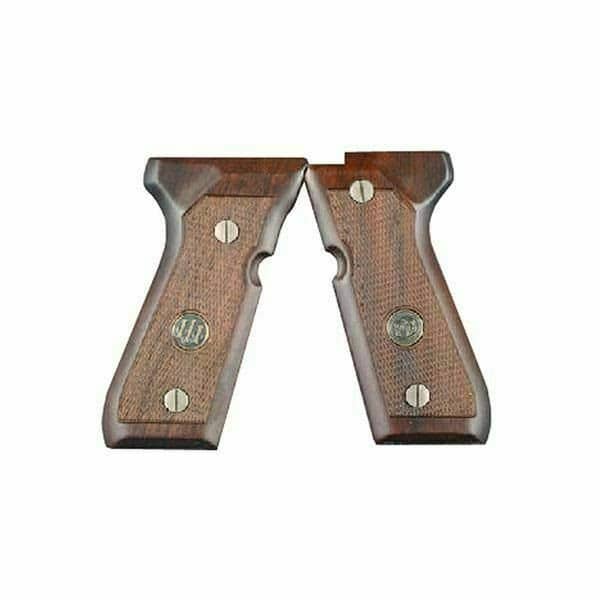 The finish is appealing, and the matte appearance gives this double-action gun a bit of a utilitarian look. What's more, the barrel is well-balanced, both in appearance and tactical function. In concordance with the grip, the two work well together.

You won't find an accessory rail on this self-defense handgun, but that's part of what makes this model look so balanced. And speaking of balance, the Beretta 84FS feels wonderful in hand. Its weight is evenly dispersed throughout the pistol, making it easy to hold and shoot. For other top home-defense options, follow this link.

I've used my fair share of handguns that are simply too heavy along the barrel, causing some issues with reliable, consistent aiming and accurate firing. 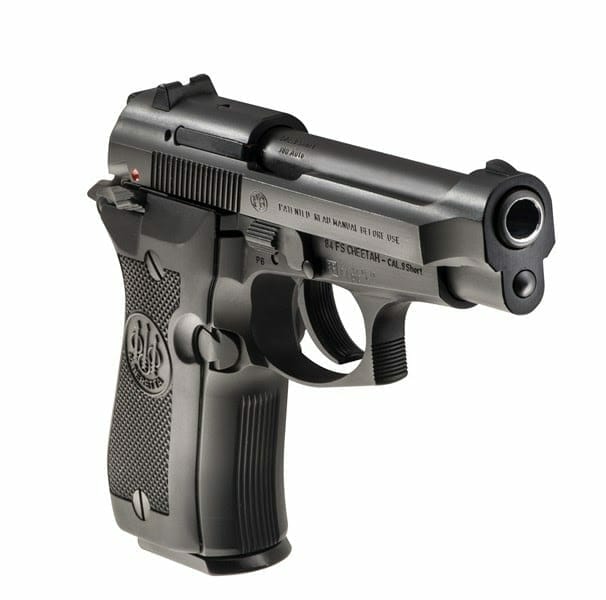 On the Beretta Cheetah 84FS, the thumb safety serves as the decocker. You can see a small red dot whenever you have the safety lever down, letting you know that the gun is ready to be fired. However, you can always leave the lever in the up position, just like a Model 1911's thumb safety. In doing so, the trigger becomes disengaged from the hammer.

Whenever you are ready to fire the handgun, simply move the decocker lever in the down position. One aspect worth mentioning is that I found the decocker to be quite stiff and somewhat difficult to push up.

The possibility of accidentally decocking the pistol is slim. Furthermore, whenever you push up on the decocker lever, it tends to release about halfway, requiring substantial pressure to complete its activation.

Now, with that said, there is an area of great concern here. Even with the decocker moved to the halfway position that I just described, squeezing the trigger will cause the hammer to hit the firing pin, thus firing the gun.

Therefore, you must always make sure to keep your finger off of the trigger when actuating the decocker, as there is no margin for error. 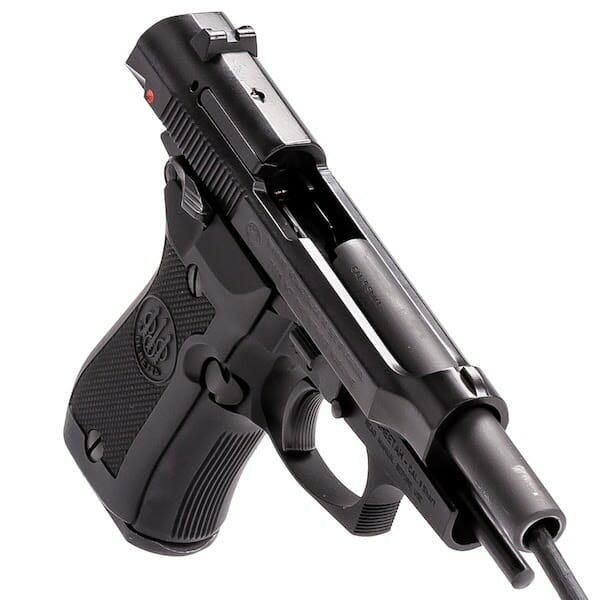 One of my favorite aspects of the Beretta 84FS Cheetah is its ergonomics. I find them to be reminiscent of the Model 1911. The pistol feels great in hand. Aiming is absolutely on point here, thanks to the stellar grip-angle. Wherever you aim the Beretta 84FS is where it's going to shoot.

It's worth noting that since this Beretta is considered a midsize handgun, the grip isn't very long. As such, those of you with larger hands will be faced with a bit of a quandary. I, too, prefer longer grips. However, I found this one to provide just enough to hold on to.

If you've had any experience with a Glock 19, the Beretta 84FS Cheetah is no different when it comes to the grips. So, if you like the Glock 19 and the way the gun felt in your hand, you're going to like this Beretta. In fact, you may find that you like the Beretta 84 better due to its slightly smaller size.

Aside from the grip's somewhat short stature, there is some good news for individuals with big hands. Being a double-stack model, it's wider than traditional grips. Moreover, the panels are fairly thick. All combined, the total width measures 1.37 inches.

And as you might already be aware, that's considerably wider than most handguns. If you're a consumer with smaller hands, you might find the Beretta 84FS Cheetah to be a bit too thick for your liking.

If you're a fan of the Beretta 84 but wish it was slimmer, check out the Model 85, instead. As a single-stack pistol, the grip is indeed quite a bit slimmer, measuring at just 1.18 inches. 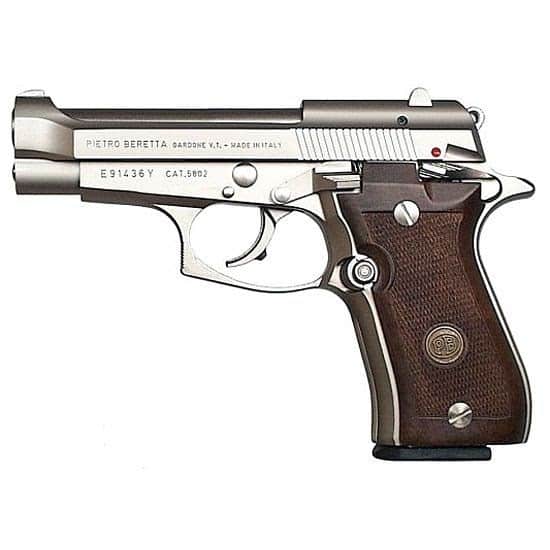 Beretta designed the Model 84FS in a way that makes field stripping a breeze. Let's take a moment to walk through this process to give you a better idea of just how easy field stripping is on this gun.

First, always make sure that the gun is unloaded, so remove the magazine.

Next, you want to pull the slide assembly forward and off of the frame.

After removing both the steel guide rod and spring, you can proceed to remove the barrel.

And that’s all there is to it. If you wish to disassemble the Beretta 84FS Cheetah and further, the manufacturer advises that you take it to a qualified gunsmith rather than attempt it yourself. 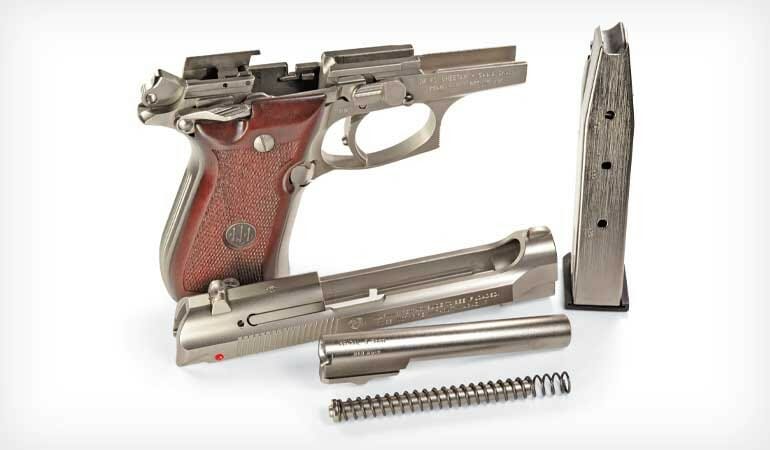 One of the first things I noticed about the single-action trigger pull is that it's fairly heavy. You're looking at about 7.5 pounds of pressure needed to actuate the trigger pull. As such, shooting groups can prove to be challenging.

I could certainly feel it in my hands after a few shots were fired. You'll definitely want to be well acclimated to a heavier trigger pull before you're able to get proficient with the Beretta 84 gun. So as nicely designed as this gun is for concealed carry, you need to be mindful of the trigger and how that could come into play.

In terms of actual shooting capabilities, I really enjoyed what the Beretta 84 gun has to offer. It's easy to shoot on its own, but the trigger does bring the enjoyment down a few pegs. Likewise, accuracy is affected more so than it should be due to the weight needed to fire this gun.

As it stands, the Beretta 84 is a solid gun that looks great and feels nice in your hands. However, it could do better with its shooting proficiency, and it's all because of the stiff trigger. If you're looking for a gun for self-defense, you might want to look at something else that offers an easier shooting experience.