If you aren't familiar with the Beretta A400 Xcel, you're going to want to hang around. This shotgun is as unique as it is pretty. I know, pretty isn't necessarily a word you want to hear when describing a firearm - especially a shotgun! But hear me out.

There's something very compelling about this gun, and I'm going to reveal it all to you here and now on this review. If you're in the market for a shotgun, your timing couldn't be better. Stick around. The Beretta A400 Xcel sporting shotgun may just make a believer out of you

Look at those curves; that lovely blue receiver. The Beretta A400 Xcel is without a doubt one of the most interesting shotguns to come out in a long time. Admittedly, the blue receiver throws a lot of people off.

Understandably, gun enthusiasts are familiar with traditional colors and finishes. And quite frankly, I can see how the blue can lead some gun reviews to label the A400 Xcel as a cheaply made weapon. But believe me, it is anything but. 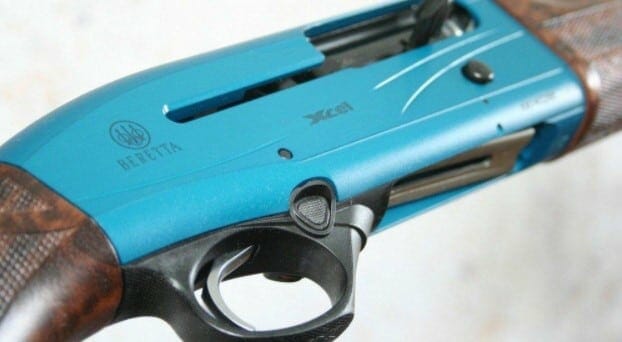 This semi-auto Beretta sporting shotgun is a clay shooting machine. Compared to traditional competition shotgun models, there are clear advantages and improvements in the Beretta A400 Xcel that make it worthy of your attention.

If you're serious about clay shooting and want to improve your game, Beretta's blue automatic shotgun deserves to be heard.

Now, before we go any further, I feel compelled to inform you of the cost of this shotgun. It's kind of expensive. You're likely going to be spending well over a grand for it. If that shocks you, let's continue so you get a better feel for why the Beretta A400 Xcel is such a big deal.

For gun starters, you can easily spend around $1,500 without the gun pod or kick-off. Getting a reliable shotgun with a gun pod will cost you around another $100 or so. Now that you know what to expect, let's get to the specs that make up this blue beauty.

The Beretta A400 Xcel is built on a robust platform compared to its predecessor, the 391. It's also vastly different from many other semi-autos. The bolt and bolt carrier are now one single unit, as is the action sleeve/bar. It is coupled together along with the recoil spring. To those in the know, it's very similar to that of the EXTREMA 2.

The action bars are now dual bars. Again, this is a notable difference compared to the 391, which features a single action bar. There's also much more surface matting area that serves to ride along the frame rails. You don't have to worry about a connecting rod breaking thanks to this welcome design choice from Beretta. 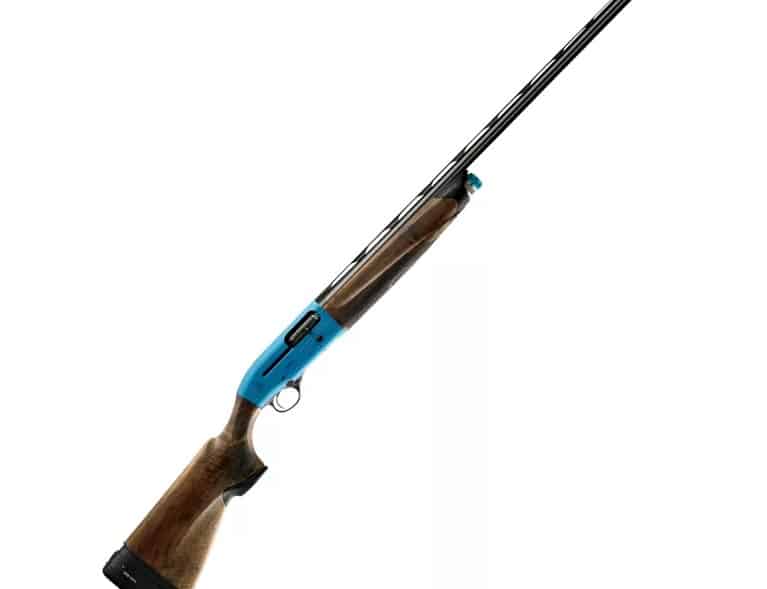 Additionally, the recoil spring is now a heck of a lot easier to check or replace. This is because it is now sitting directly on the bottom portion of the action sleeve.

The recoil on the Beretta A400 Xcel is considerably less when compared to the previous 391. It's isn't a huge difference, but it's there. You are more apt to feel the mechanical action movement than anything else.

People who have shot the A400 Xcel often equate it as being similar to a Benelli's action. Now, I'll admit, it took me some getting used to the first few hundred rounds of ammunition I fired. But after that, I felt right at home and didn't notice it at any time after that. 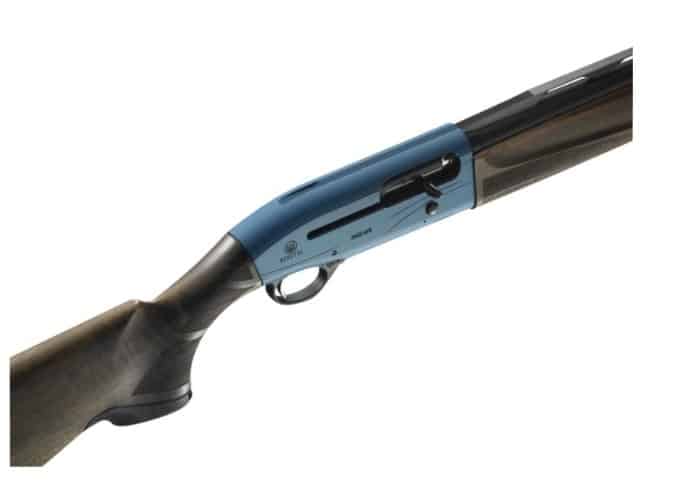 If you're used to shooting a particular shotgun at present, this is bound to happen and you're going to need to give yourself time to become acclimated to the mechanics of the Beretta A400 Xcel. But I assure you that once you become comfortable shooting it, you'll appreciate what it has to offer.

On the 391, there is a recoil buffer. This can potentially break or fall off after so many rounds have gone through it. On the Beretta A400 Xcel, however, the chances of this happening are far less likely. Why? Because it features a unit that sticks up inside of the stock. This serves to absorb the blows of the bolt as it recoils backward toward the frame.

The internal gas system mechanics cause this to happen. I'm unfamiliar with the specifics. All I know is that it works like a dream. As such, you don't feel the kick that accompanies similar shotguns. This allows you to cycle shots quicker without fear of damaging the gun.

The redesigned stock serves to reduce the recoil reduction by a wide margin. Some are quite fond of this setup, as am I. However, there are many who loathe the Beretta A400 Xcel sporting shotgun's design and operation. To each their own, and all that.

In my opinion, Beretta excelled (no pun intended) in the overhaul to the A400 Xcel. The stock is a work of art that serves the shotgun well. The placement of the nose of the comb makes another big difference in the likelihood of you getting recoil to your face. 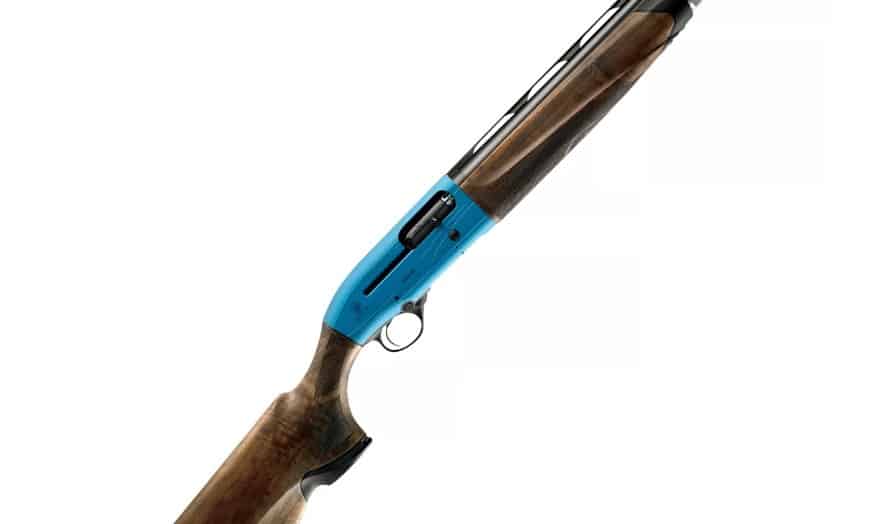 It is just low enough to prevent you’re getting struck unexpectedly. The most noticeable thing you're likely to feel is in your palms. The Beretta A400 Xcel will, in all honesty, cause your palms to feel sore. It's just the way that Xcel is designed.

My preference is to take some sore palms over recoil blows to the face any day of the week. But again, that's just me. If you feel the exact opposite of me, I would recommend that you stick with the 391, as it designed to do just that.

Shooting the Beretta A400 Xcel

All right, enough about recoil reduction. How does the Beretta A400 Xcel shoot? Again, compared to the 391 and other similar shotguns, the A400 Xcel shoots and handles like a champ. Shots are noticeably cleaner. I will say that the shell remains in the chamber a little longer than I'd like before being released. But this is due to the locking bolt head and is to be expected.

Trigger groups are also much cleaner. The frame feels exceptionally smooth, too. This wasn't present in the 391, which felt janky and "dirty." Gun powder is very easy to clean after firing thanks to the 2-piece housing that Beretta went with.

There is also much less residue left over at the end of the day. this is due in large part to the gas system in the Beretta A400 Xcel. Because there is considerably less volume here, you don't get the excess residue as you do in the 391.

I'll freely admit that the trigger isn't what it could or should be. The trigger pull itself isn't bad at all in the A400. It's just that it's a bit too long for my liking. Don't get me wrong; it works and you get used to it eventually.

But if I had my druthers, I would prefer if some of it were shaved off. In fact, you may want to have a trusted gunsmith do that for you. This could prove to be a big benefit in the long run. Of course, the choice is yours. You may actually prefer the longer style and feel right at home with it. 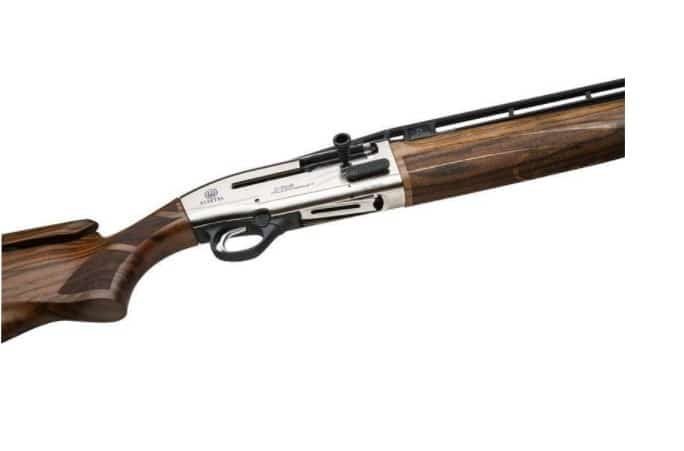 OK, bottom line. I personally love the blue color and have grown quite fond of it. For many people, it is the color that turns them off. This is unfortunate, as they are missing out on a really great shotgun for sporting clays. If you're into sporting clays, you have to give the Beretta A400 a try. I promise you, you'll be glad that you did.

If you get your hands on the gun and find that you love it but aren't fond of the blue, you can always opt for the stainless steel receiver model. Keep in mind, though, that you're going to spend considerably more on this specialized model. Like, a grand or more extra compared to the standard blue model of the Beretta A400 Xcel sporting shotgun.

That's a big difference and one that I'm not sure is worth the extra scratch. In any event, I'm very pleased with the A40 and everything that it does. Give it a shot. Literally.