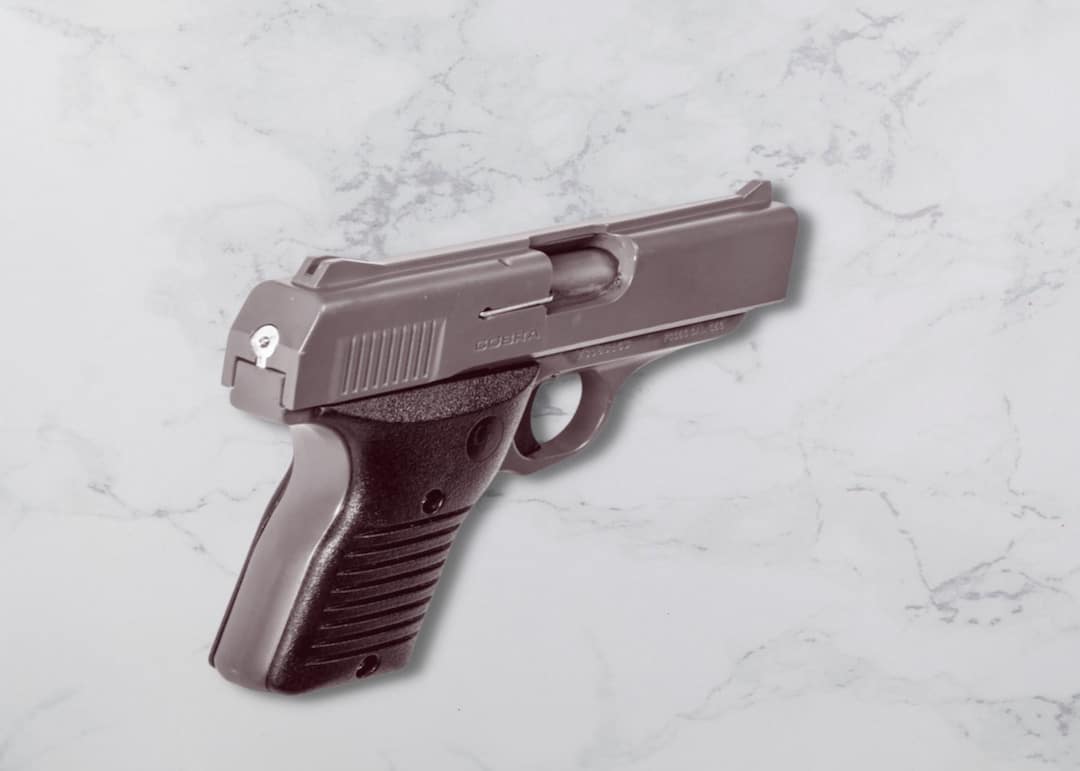 Cobra Firearms have been making guns for over 15 years, building the most budget-friendly pistols on the handgun market today. The Cobra Arms Freedom .380 may leave something to be desired as a firearm, but it has its merits as a single-action, economical, and modest gun. 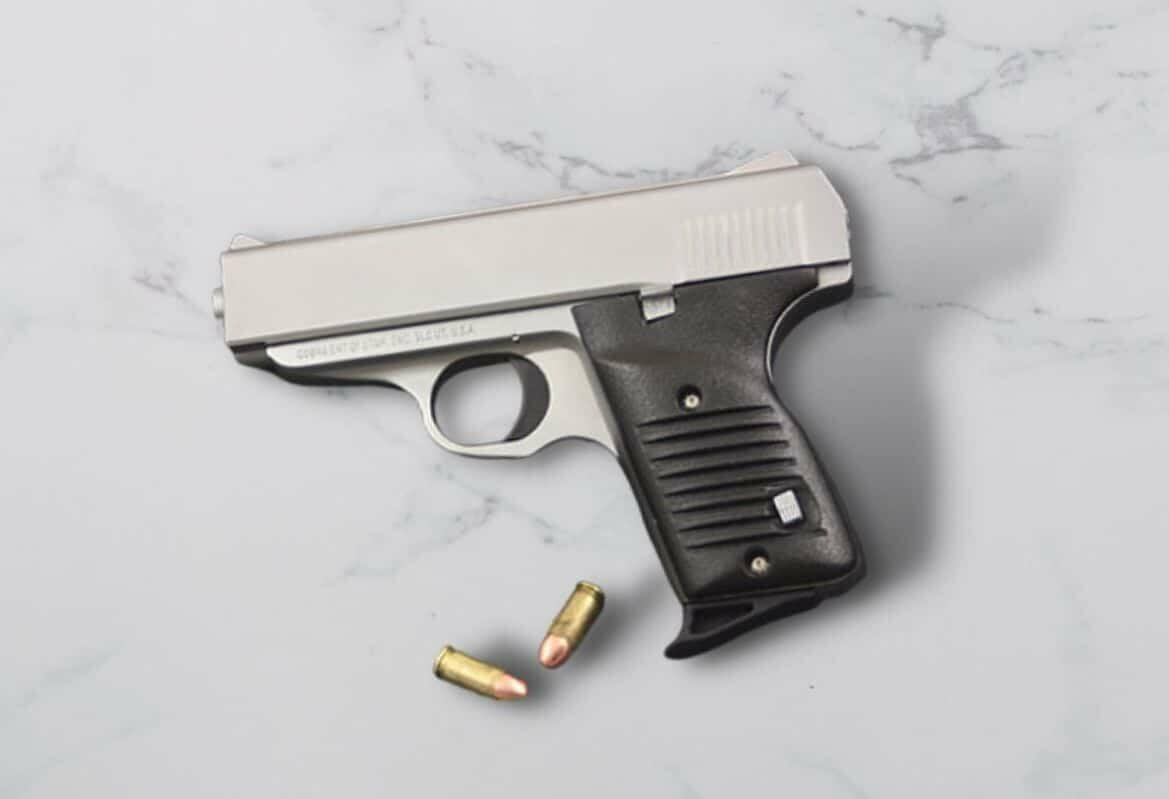 Cobra Arms FS380 is a versatile and affordable pistol that is aesthetically appealing and light, ideal for concealed carry. Also, it's a semi-automatic pistol, part of the Cobra Freedom series of single-action semi-auto guns.

The Cobra FS380 is simple, with a striker-fired design and an interior almost like the 1911 handguns. The exterior features two controls made with lefties in mind. One is a rectangular-shaped ambidextrous mag release on the left side near the rear grip. The other control is the thumb safety on the left side as well.

The gun's interiors were a little rough with machine marks. But it's not the only gun with that issue, as some high-priced guns also have that problem. The exterior was flawless and bright. It came with a steel alloy frame and slide, making the surface relatively attractive.

It has a seven-round magazine capacity. The gun had issues while shooting; I thought it was the ammo and magazine. After smoothing and oiling the inside, it reduced the frequency of malfunctions at the range. 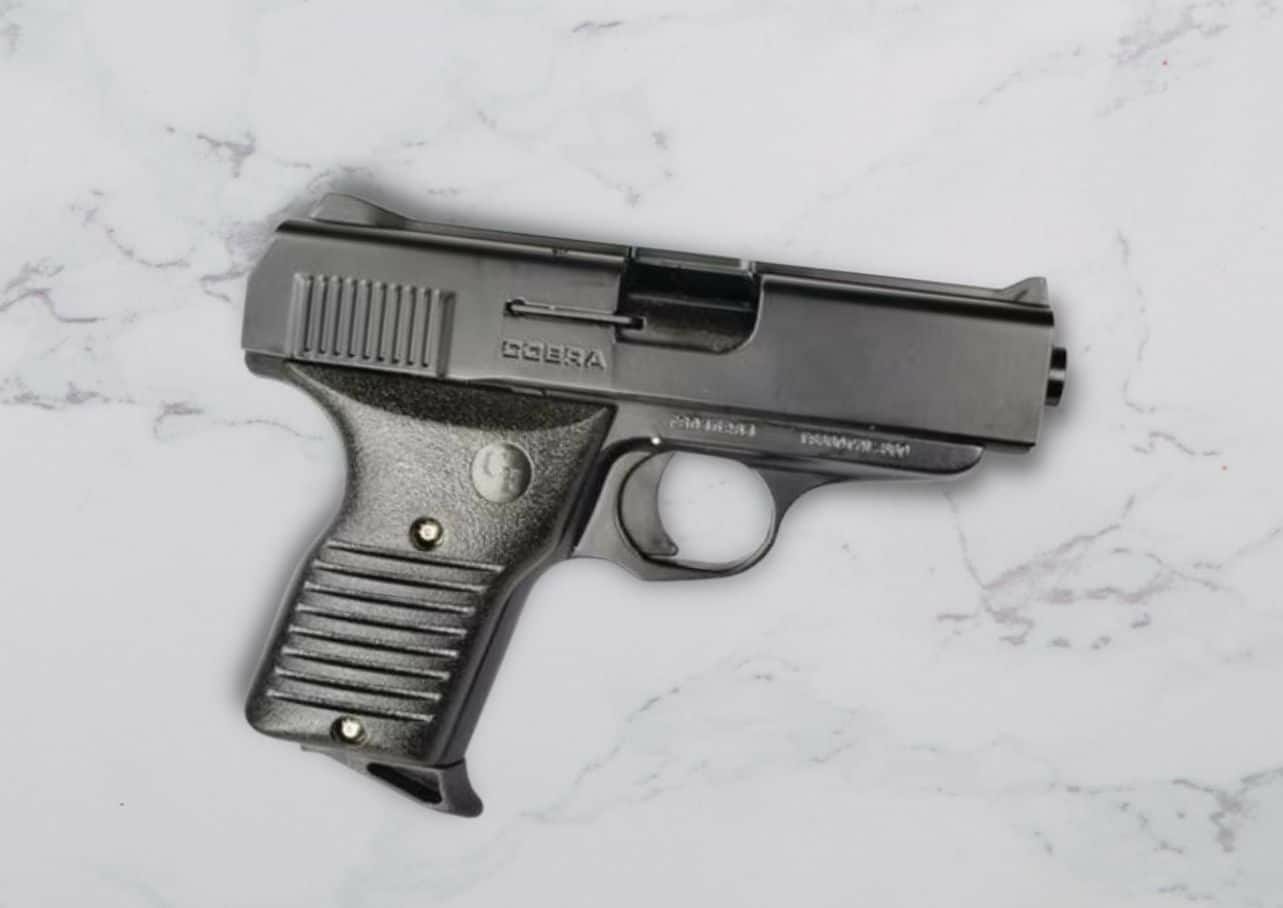 It has a steel slide featuring a non-adjustable front and rear sight made directly into the slide’s frame. I rated the gun at 3.5 out of 5 on accuracy.

The 3.5-inch barrel facilitates the gun's direct-blowback action. It has a bit of recoil.

Cobra Freedom pot metal pistols have slide serrations flanking the rear side. These helped give a better grip while manually cycling the firearm's slide. And the polymer grip contours of the frame give the gun a comfortable grip.

The weapon is 4.8 inches high, and it’s 6.5 inches long. I could comfortably use it as a truck gun or for other concealed carry purposes. It fits anywhere when used with the proper attire and the right holster.

The gun went smoothly during the first few rounds at the shooting range, and I had no malfunctions. But as we went on, the gun had hitches and problems with feed within the first seven rounds.

The magazine and over 90-grain ammo affected the shooting range experience with this gun. 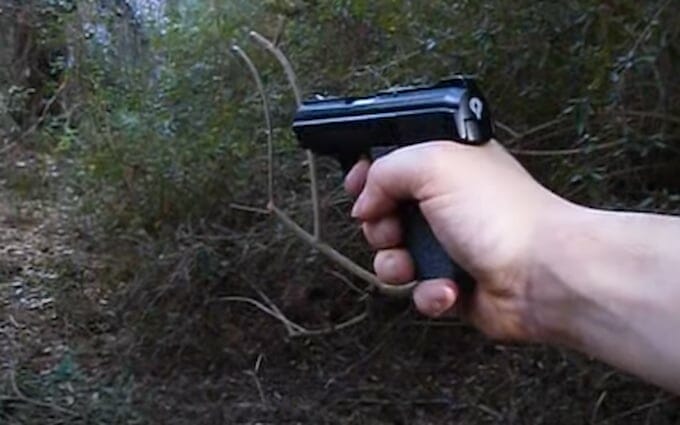 After polishing the interior feed ramp and oiling, the malfunctions reduced significantly. A friend advised on changing a few magazines and ammo, and the problem was half-solved. We only had a few stovepipe jams for the subsequent one thousand rounds, which were okay considering the gun.

I had no trouble shooting a man-size target. With a bit of effort, I made several x-mark hits on the target.

This particular gun had a discreet and small thumb safety that required no manipulations. I loved it because of how easy it was and the fact that it was sticky yet stiff.

The gun was comfortable shooting because of its reduced recoil, weight, and barrel length. We had an almost similar shooting experience with a gun used on the same day; the Glock 26 9mm, a semi-automatic gun lighter than the .380.

However, we couldn't compare it with a full-size, and it's way below a sub-compact-sized gun in size and shooting experience.

The manufacturer's recommended retail price of the Cobra .380 is 123.73 dollars. The Cobra Freedom .380 handguns are the cheapest on the carry weapon market. The full-size and compact-size prices in the real gun shop are 103.17 dollars. If you want a used one, you can get it for 98.98 dollars.

Note: Some semi-auto handguns selling below $300 require a long interval and are likely a good deal of fluff & buff. Hi-Point, Jimenez Arms, Phoenix Arms, IO, and Kel-Tec deals are in that category. You'll require an out-of-the-box TLC to remove the marks, and polish sliding surfaces, chamber openings, and feed ramps. You'll also need deep cleaning and a good lube.

I can use the .380 as a supplementing handgun instead of the primary defensive pistol. That's because shooting larger ammunition causes more devastating bullet wounds that can damage the target's vital organs. They hit the target the hardest because of their size and thickness. However, you can still use this handgun for defense or sport or leave it in your truck.

Does a .380 Have Good Stopping Power?

No, the .380 doesn't have good stopping power. The Cobra Freedom .380 has no stopping power compared to the 9mm handguns or Glocks.

While using JHP-P loads on a 9mm and Cobra Freedom, the .380 performed 40% lower than a 9mm. It was less destructive and was only accurate in the short range. But in 15m and above yards and rapid firing, the .380 was significantly less than the 9mm pistol. It has less power, impact, and accuracy in more prolonged yards and with rapid firing.

What Is the Best .380 Pistol on the Market Today?

The gun offers a classic firing pin chambered as a .380 ACP with a 1911 all-metal frame. It's also light and has a comfortable grip with an ideal caliber to produce less recoil. It's a good fit for shooting and handling.

Cobra Freedom uses .380 auto ACP ammo types. If a shooter goes for an inexpensive gun such as the Cobra .380, chances are they'll go for affordable ammo, and that's what .380 ACP such as the PMC bronze are. But we can't guarantee an exceptional shooting range experience.

Cobra Freedom .380 could not stand against an S&W, Ruger LCP, or Glock, and it is not in the top eight of the best firearms. But it's okay for what it brings to the table; a single-action, cheap, simple, and reliable backup gun for its price.