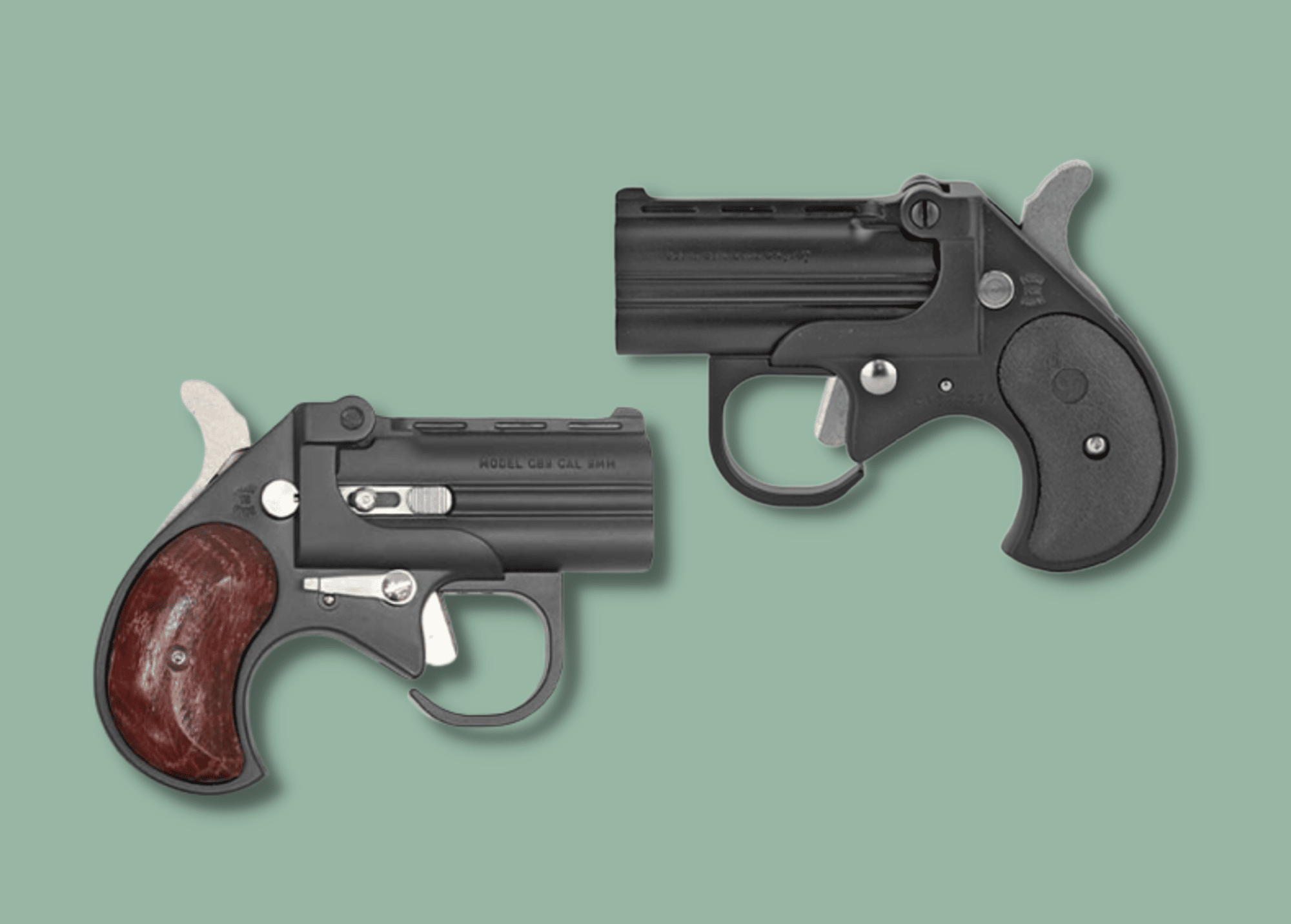 There is a large selection of Derringer Pistols available among the Cobra Firearms. I find Cobra Derringers as one of the most desirable classic American derringers. There was a time when no reputable cowboy or gambler would be seen without one. The gun remains popular today, so here is my Cobra Derringer Review.

The American-made Cobra pistols are an excellent option if you are looking for a little different concealed carry option. The Derringer, an iconic design beloved for over a century, is still the best option when it comes to self or home defense. Cobra derringers are among the most concealable firearms in this caliber. Read my Cobra Derringer review for more insights.

Cobra Enterprises started making high-quality Derringer Pistols based on the design made famous by Davis Derringers. The Derringer's small size, low weight, and sleek design have made it a popular choice for concealed carry for many years.

Cobra Enterprises of Utah Inc. may be a new firm, but it has already linked its name to some of the most renowned brands in the history of firearms. Its Derringers are replicas of original firearms designed by Henry Deringer (legendary gun designer) in the mid-1800s.

In 1810, Henry Deringer (1786-1868), the son of a colonial gunsmith, opened a store in Philadelphia and began making flintlock rifles, muskets, and military firearms under government contract.

Cobra Enterprises caters to the growing need for concealed weapons by manufacturing double-action and single-action semi-automatic pistols in addition to its popular Derringers. It markets its pistols primarily to law enforcement and civilians looking for reliable firearms at a reasonable price.

Where Are Cobra Derringers Made?

The Cobra Derringer is a firearm that is proudly 100% manufactured in the United States and comes with a lifetime warranty from the manufacturer. Salt Lake City, Utah's Cobra Firearms is known for producing one-of-a-kind derringers and handguns, among other firearms and accessories. Cobra Firearms focuses on building handguns for security, safety, performance, security, and customer pleasure that are 100% designed and assembled in the United States.

Cobra Derringers are a work of art available in various barrel lengths and caliber, making them suitable for various uses and providing dependable service for a long time. Customers may rely on Cobra Enterprises' lifetime warranty, as the company is committed to manufacturing and constructing high-quality personal protection rifles. 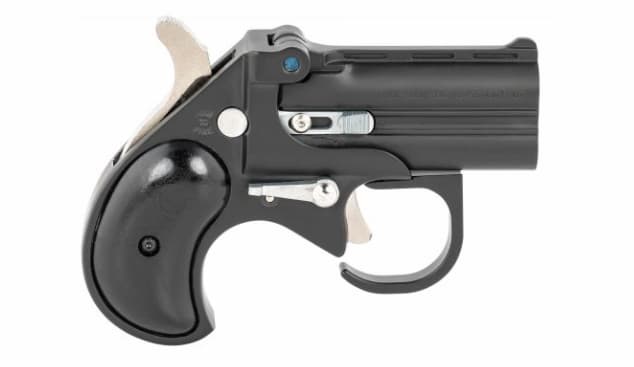 Are Derringers Safe to Carry?

A derringer can operate as a practical concealed-carry firearm. However, you will have to pick your carry loads with caution. I wouldn't recommend using .410 shotshells; a wadcutter is much more effective. However, there are a few reasons why you might not want to carry your Derringer.

There are now only a small number of producers left to begin with. Those often regarded as providing the best value for money charge exorbitant prices for the quality of firearm you receive. Affordable pricing sometimes means lower build quality.

From this perspective, a pricey portable over-under is not easy to square, given that it is possible to purchase many carry firearms for an affordable cost. The issue of capacity arises next. Two shots may be enough to get the job done. However, it's best to have more if necessary. So, a derringer isn't out of the question if you're looking for a concealed-carry revolver. 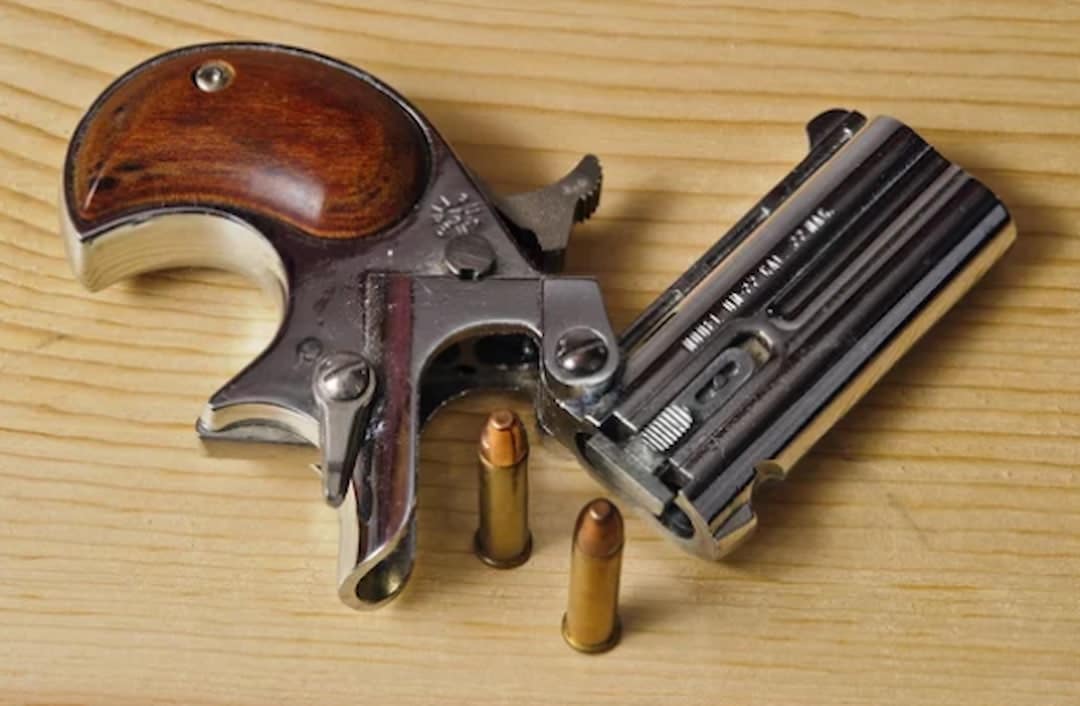 Is Derringer Good for Self-Defense?

Many people today, just like me, decide to keep a Derringer on them as a secondary weapon because it fits easily into a pocket but can still effectively stop an attack or threat. Having the Cobra running smoothly and safely requires paying close attention to every detail. Many have doubts about a firearm that requires much knowledge to use correctly.

Before loading the firearm, the shooter presses the button-style safety to the left and partially retracts the hammer without cocking the hammer. You risk damaging the cartridge's primer in the chamber if the hammer block safety is not engaged. When loading, draw the hammer and pull the trigger to get out of half cock.

The cartridges of the Cobra will only have one firing pin resting on them at a time due to the Cobra's unique rebounding firing-pin mechanism. I consider this an outdated and dangerous firing pin position. Now it's time to load the pistol. I have to cock the hammer and move the safety to the left to fire the Cobra. You can't cock the hammer after moving the safety.

The safety feature of a hard trigger makes it difficult to fire. It's a two-handed job to pull the trigger and keep it steady while I fire. The novelty quickly wears off, and I put it in the safe in favor of my P32, lighter, more manageable to shoot, and eight more rounds in its magazine.

Is a Cobra Derringer Worth It?

Having one of these derringer firearms is just plain amazing and worth it. The fact is that owning a derringer will make you the center of attention whenever you pull it out for target practice. The Derringer concept has enjoyed massive success since its debut. The concept behind these small defensive powerhouses is what has kept derringers in operation for over 150 years.

Despite its seeming antiquity, the Derringer has not yet been rendered out of date. I use it routinely because it's great to have a lightweight, always-accessible pocket pistol, and I find carrying one appealing.

On the other hand, Cobra Derringers can be quite entertaining at the range. I definitely stand out from the crowd of people carrying the same gun as black rifles and polymer pistols. It is not bad accuracy for such a compact rifle with only a tiny front sight and almost no rear sight.

After giving my Cobra Derringer a try, I can say that it is as convenient as any firearm of its size can be. This is my first experience with a Derringer firearm, and thanks to its small size, I didn't end up with a sore hand. Cobra Derringers are formidable firearms that maintain a manageably small profile.

In addition, since the beginning of the history of American Derringers, modern ammunition has made these fine pistols much more reliable. The safety system operates better than the original low-quality steel. Not only are these incredible small firearms cost-efficient, but they also come in a broad selection of designs and cutting-edge cartridge sizes.

If you're looking to buy a derringer, I suggest you choose a range of excellent models suitable for various purposes, such as a reliable carry gun, a solid survival weapon, or a fun range toy.

Here are some of the pros and cons of owning a Derringer:

Is a Derringer Good for Home Defense?

A Derringer is so compact that I can easily carry it in my robe's pocket. A derringer in my pocket is preferable to a shotgun in the basement if someone breaks into my house. It also implies that I will need less training to assure proficiency in instances of intense stress.

The next consideration is how simple it is to put into use. Derringers are simple firearms with a break-action construction that makes them easy to shoot, reload, and handle. A derringer's simplicity ensures that it will always fire when I pull the trigger. However, a derringer is a "belly gun" with a high trigger pull and lacks precision.

How Many Bullets Are in a Derringer?

You can fire two rounds using a derringer (which has a two-shot capacity). Derringers are the most miniature usable firearms of any caliber. Women used these handguns regularly since they fit easily in a handbag. The Derringer doesn't require any special clothing or storage solutions. You can carry it in a purse or pocket.

Original derringers, mainly pinfire or rimfire, only had room for a single cartridge .40 cartridges with a barrel that you can pivot to the side of the frame for easy reloading. The renowned Remington derringer model doubled the capacity while retaining its compact size by placing a second barrel over the first and shifting the barrels upwards to reload.

Next, a cam on the hammer would switch between the bottom and upper barrel, each holding a single round. The .41 rimfire Remington derringer was a popular pick. A modern 45 ACP can go at 850 feet per second. However, the .41 rimfire can only manage 425.

Is the Colt Cobra a Good Gun?

If you are an average shooter looking for a home defense gun, the .38 Special is a decent choice. Colt has made a comeback along with revolvers. King Cobra will be successful if the desire for Colt double-action revolvers, which are very collectible, is any indication.

The gun is small and lightweight, making it easy to conceal. Derringers have a cross-bolt safety and a hammer that locks and springs back into place. At the moment of discharge, the hammer disengages from the firing pin and remains. No shots will be fired if the gun is accidentally dropped.