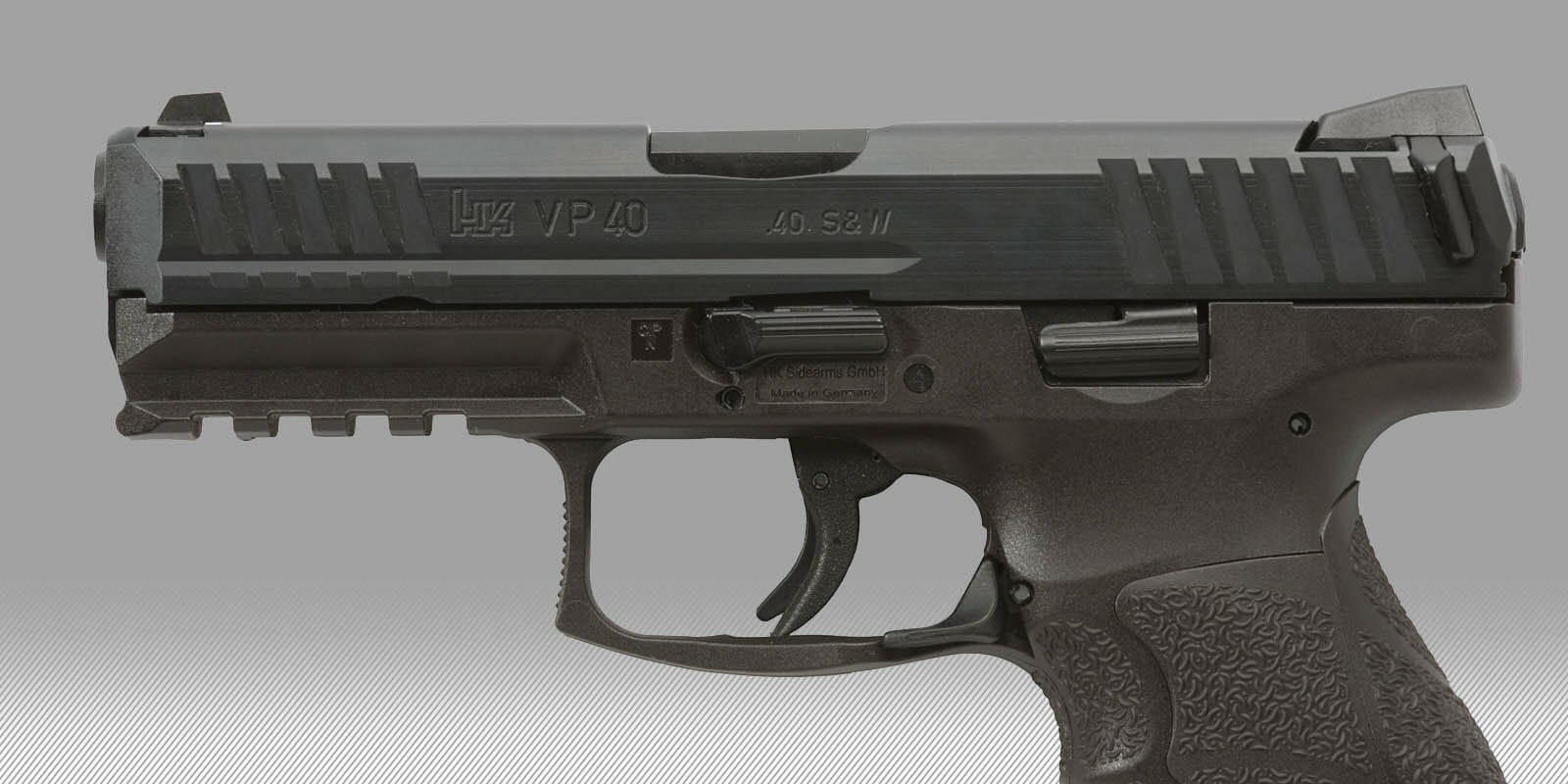 The HK VP40 is one tough handgun. Built like a tank and about as big as one, this 40-caliber bad boy is nothing you want to trifle with. As such, it has all the makings to be an exceptional choice for home defense, on par with the handguns we reviewed here.

But build quality is one thing; how does it shoot? That's what I wanted to find out, so I invite you to join me as I share my experience with the H&K VP40. Is this a good example of all bark and no bite? Or did H&K deliver a winner? Let’s read on this H&K VP40 review together and find out.

The H&K VP40 is very similar to H&K's other pistol, the H&K VP9. Both H&K VP40 and H&K VP9 share identical controls and ergonomics. And like the VP9, you get six interchangeable side panels and three interchangeable backstraps with the HK VP40.

Admittedly, it takes a little time to configure the perfect combination of side panels and backstraps for your particular hand size. But when you finally nail it down, you're left with a gun that has improved accuracy and stellar comfort.

Depending on the size of your hands, the versatility of the H&K VP40 can make the difference between a safe, comfortable shooting experience, and one that needs much improvement. As such, I highly recommend that you take advantage of the additional components, as they can greatly enhance your proficiency.

Also of note is the fact that the HK VP40 and VP9 have very similar dimensions, although they're not identical. For instance, the VP40 measures a millimeter taller than the VP9. To that point, it makes most of the holsters available for the VP9 unable to hold the bigger VP40. 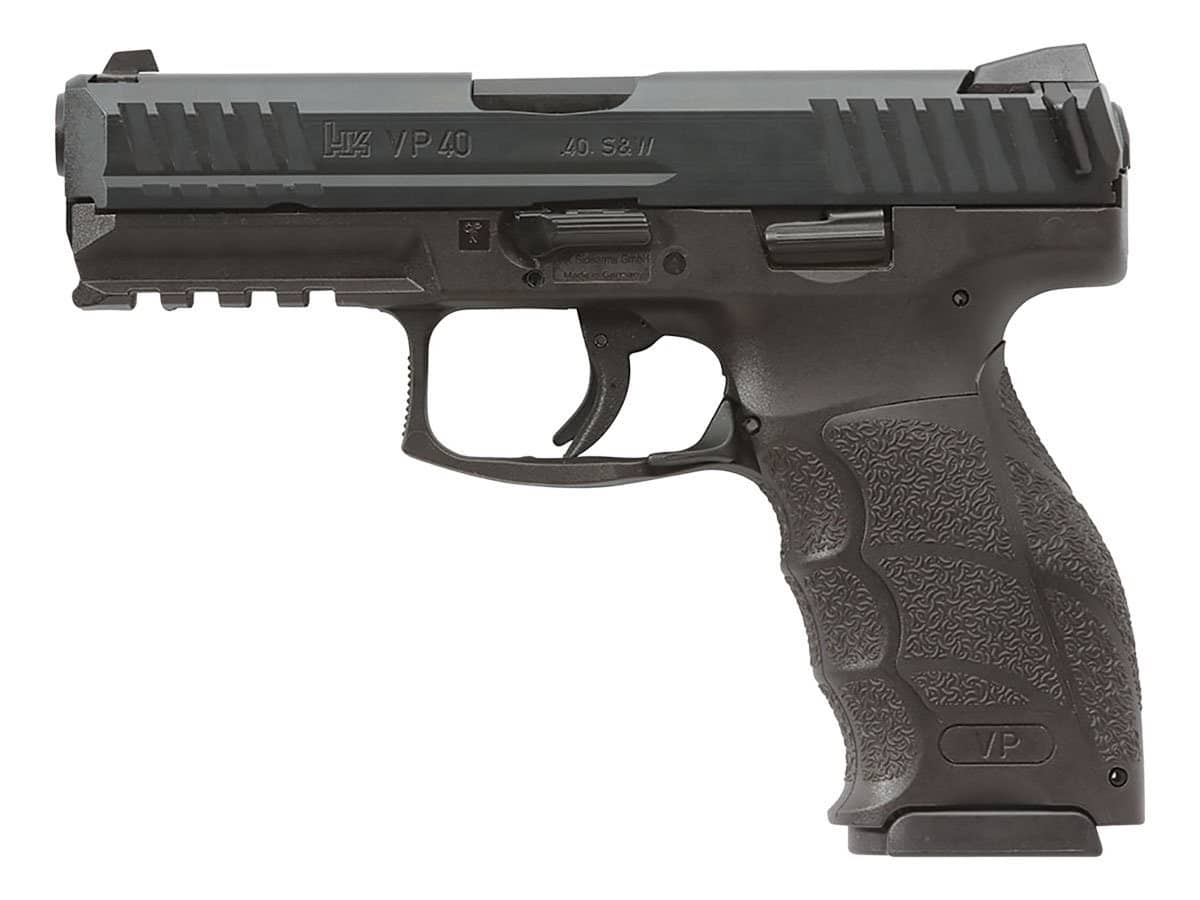 So if you currently own the 9mm variant and are looking to invest in the 40-caliber model, you're going to have to buy all new holsters and accessories. This isn't that big of a deal; it just would have been nice if they shared holsters given the close size of the two guns.

It's kind of like when you upgrade to a new generation cell phone (do the kids even call them that anymore, or are they just "phones" now?). Your new model looks a lot like the older phone you have, but it's just different enough to where your old phone case won't fit.

The struggle, to be sure. In any event, you can at least look forward to H&K's VP Series of handguns using proprietary P30 magazines. Just know that prices are currently through the roof, so it's going to be an added expense that you might not be used to paying.

Not only that, but ammunition as a whole is getting harder and harder to find. Of course, if you're even remotely aware that guns exist, this is information you already know. So before we head into a political discussion that isn't good for anyone, let's shift our focus to the features that make the VP40 standout. How's that for a segue?

As an ambidextrous pistol, the VP40 sports a slide stop on both the left and right sides. The one on your left isn't quite as pronounced, but both are easy to access. For some of you, the magazine release might prove to be a new experience.

Unlike traditional setups, the H&K VP40's mag release is located on the trigger guard closest to the grip. If you're like me, this design can take a little getting used to. Admittedly, I haven't had much time with this style of magazine release, so it was a learning experience for me.

One of my favorite additions to this handgun is the slide design. Charging supports are readily available on the rear of the slide, so charging it feels both comfortable and efficient. Once I got used to this slide, I found it difficult to revert back to my daily carry (which doesn't have charging supports).

They really do make a difference, and I tip my invisible hat to Heckler & Koch for including this simple yet effective feature. Now, it's important to point out that the charging supports on the VP40 are only useful if you use your thumb and forefinger to rack your slide.

If you rack from the top, the supports are essentially moot. As such, H&K lets you take them off in just a few quick steps. More to that point, the factory sight system allows for easy one-handed racking of the slide.

The H&K VP40 that I'm holding in my hands is equipped with factory-installed night sights. I should fill you in on the function of these sights. Depending on your preferences, you may find them to be distracting at times.

If the night sights are held under a bright source of light for a few seconds, they will illuminate as designed. So, what's the problem, you ask? They stay illuminated for more than an hour. If this is going to pose a problem for you, it might be best to look for a model that comes with different sights installed.

When measured, I found the trigger pull to be a mild 5.4 pounds. This is a pretty comfortable range as it is, but thanks to a quick reset and crisp action, you'll likely feel right at home when shooting the VP40.

Factor in the comfy grip panels and you've got yourself one well-designed handgun. But looks and feel only go so far. You need to know how this baby handles itself on the range. Well, then, you're right where you need to be. 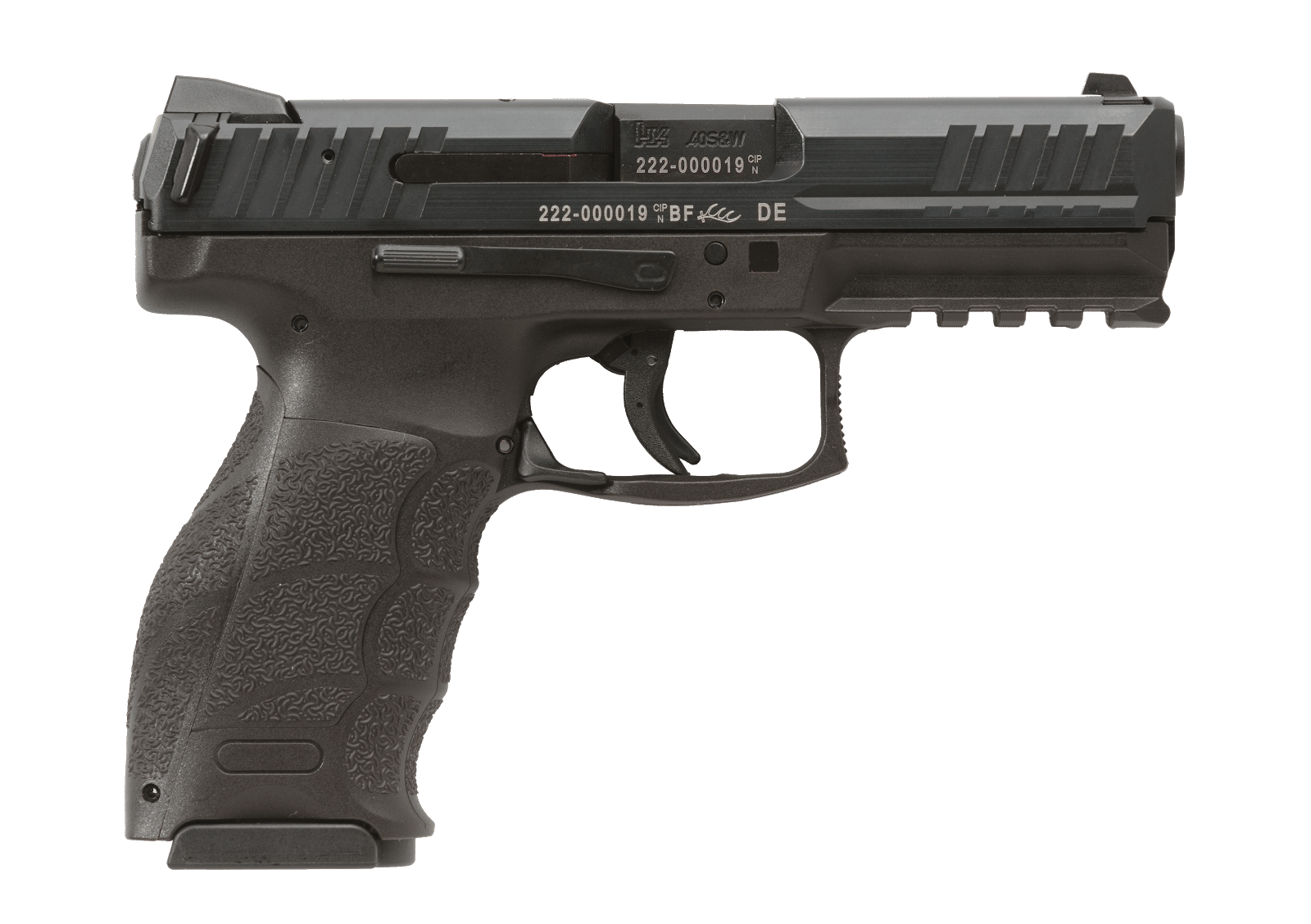 It's the moment of truth. How is the H&K VP40 in action? We know that the gun is well-made and comfortable in hand. Fortunately, that bleeds over into the shooting experience, as well. It's really not a surprise considering how well the H&K VP Series measures up.

The VP9 is favored by many gun enthusiasts as being one of the best handguns on the market. Well, this 40-caliber variant is no different. The exceptional trigger goes a long way in complementing the overall shooting experience. On the other hand, if your looking for your first gun, these top picks are worth checking out.

What's more, the recoil is most excellent, as well. In fact, it's leagues better than other 40-cals I've fired. Actually, Heckler & Koch claim that its proprietary recoil spring is designed to reduce recoil and provide smoother action.

Some might argue that they can't tell a difference, but I can personally attest to the recoil begin much lighter than it has any right to be. I can shoot this gun all day without issue, and I have to give credit to the reduced recoil.

My hands didn't hurt like they often do after shooting other 40 calibers. You're ensured better accuracy as a result, or at least I was. Seriously, recoil can make or break a gun. If there's too much kick or the trigger pull is too extreme, it can significantly impact your precision on the range. 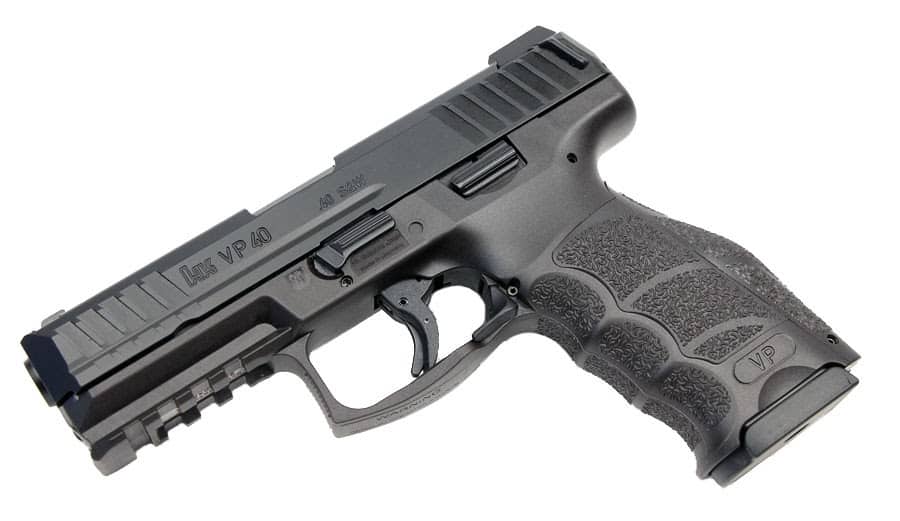 And when you've got a hand cannon like the HK VP40, you need your gun to be accurate. Most people are going to buy the VP40 for home defense. If there's an intruder in your home, you need a handgun that you can count on to hit your target.

As a striker-fired pistol, you'll appreciate how well the VP40 shoots. I would argue that it's on par with the H&K VP9, and that's a really accurate pistol. By my estimation, it's just further evidence of how solid VP Series weapons are.

Perhaps most importantly, this weapon is reliable. Thanks to its top-notch build quality and construction, you can trust that you're making a wise investment if you choose to go with the H&K VP40.

After all, this is a handgun that's designed with law enforcement in mind. As such, the H&K VP40 is one tough weapon that will serve you well in a variety of capacities.

I really can't find anything negative to say about the H&K VP40. It's another solid buy from H&K that deserves all the accolades in the world. It's on par with its little brother, the H&K VP9. Gun enthusiasts know that the VP9 is one of the highest-acclaimed pistols on the market, so you know you're making a wise investment with the VP40.

Even better, the price is more acceptable for such a well-built, reliable 40-caliber, striker-fired handgun. Well done, H&K. Well done.