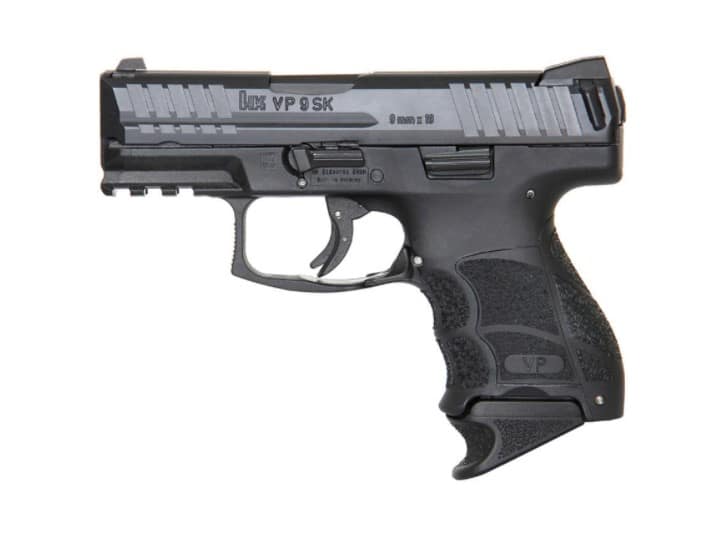 Heckler & Koch are highly regarded as a gun manufacturer that produces quality firearms. Ask any gun owner of H&K and they will likely speak to the stellar quality and craftsmanship that is present in their firearms.

The HK VP9 b is no different. You can expect to pay more for this weapon, but you're also getting superior durability and reliability. For many H&K owners, this makes these weapons worth the price of admission. You can compare it to other top 9mm handguns here, or stack them against the best concealed carry handguns in this post. To complete the picture, we also reviewed best pocket pistols and looked at the finest home defense handguns in this article.

Is VP 9 the perfect people's pistol? The VP line of handguns is known by many to be some of the best around. If you are considering investing in the HK VP9, we encourage you to join us as we share our thoughts on this high-quality handgun. On the other hand, for a beginner's choice, we strongly recommend checking out our Heckler & Koch USP review

As you explore the VP series of handguns, you will likely notice that there are numerous variations among them. That's why we wanted to go over three Koch 9mm offerings. We'll be looking at the VP9, VP9SK, as well as the Tactical OR version of the VP9 b.

Each gun has its benefits depending on your needs as a shooter. As you will see in our detailed review, HK VP9 is a remarkable line of weaponry that is sure to leave you impressed.

It's not every day that you come across such quality and precision in a handgun. For a gun that rivals Glock in nearly every aspect, you can trust that your money will be well spent if you ultimately decide to purchase a VP9 from H & K.

HK VP9 Review - Why Is It Is Such an Amazing Gun?

The VP9 is a semi-automatic, striker-fired pistol. In fact, striker-fired pistols (striker-fired gun) are the third such pistol to be produced by Heckler & Koch. It is a full-sized pistol that began its development around 2010.
It wouldn't be until another four years later that the public was finally able to get its hands on the Koch VP9.To give you a better idea of why it's such an amazing firearm, we have to first go back to before development started. You see, the VP9 b is the result of the Bavarian law enforcement wanting a new weapon to place the HK P7.H & K saw this as the perfect chance to improve their striker-fired series. So over the following five years, Bavarian law enforcement was pleased with the updated handgun. The VP9 9mm pistol became so popular that no less than three updates to the gun followed in the years to come.

For starters, the grip panels feature an excellent reinforced polymer frame with a modular grip. This ensures that you will have a comfortable grip on the handgun at all times. This is made possible with the grip modifications that are available in 27 unique configurations.
And then there's the magazine release. You get the option of two variations in the VP9's magazine release. It's important to note that these cannot be interchanged. The release sports a push-button function that is popular here in the United States.

Weapons that have this type of magazine release let the user make modifications so that the release accommodates either left- or right-handed shooters.

The second kind of mag release is the unique ambidextrous paddle. With this paddle-style magazine release, there is no need to swap the sides that the release is on. You can access the release from either side as-is; no modification needed.

You may choose either setup prior to purchase to ensure that you get the best release for your personal needs.

Now let's look at the trigger. The HK VP9 trigger comes with a trigger safety that is similar to those found on Glock's handguns.

Right below the HK VP9 barrel is a portion of rail that is made available for mounting add-ons. Here, you can easily and efficiently mount a light or laser. When looking over the technical specifications of the VP9, you will find that the rail can accommodate up to 5.6 ounces without having to worry about it affecting the accuracy of the handgun.

The barrel length of the VP9 measures 4.09 inches. The barrel is largely responsible for the amazing accuracy that the VP9 provides shooters. That said, we certainly don't want to discount or overlook the grip and trigger. All combine to deliver an exceptional shooting experience.

In 2020, the VP9 striker-fired pistol saw some improvements. This mostly has to do with the gun's sights. Today, a high-visibility front sight is found on the VP9 instead of the previous 3-dot sights.

All new VP9 orders will receive the updated front and rear sight radius or sight system. The rear sight is that of a clean black serration style. The change comes after consumers requested the new style of gun sights. 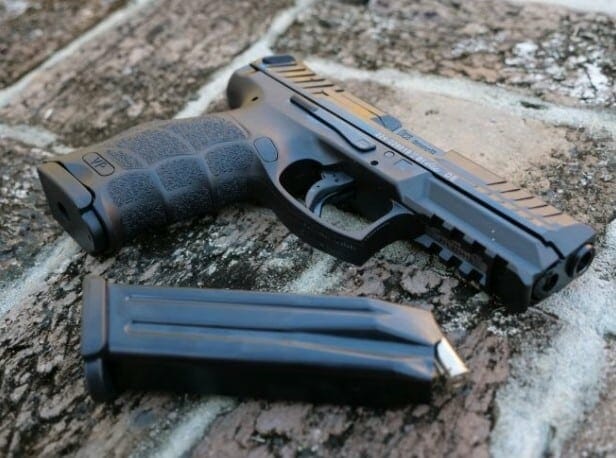 What's more, all new VP9s are optics-ready. What does this mean for you? In short, you can quickly and easily install a red dot without the need for additional modification. Not having to perform, extra work on the slide is a welcome addition, to be sure.

You have quite a variety of capacities to choose from in your VP9. You can find magazines available in either 10, 15, 17, or 20 round capacity. The original models came with 15-round magazines. But as of 2020, the new standard is 17.

If you don't feel like you have any use for the larger capacity offerings, save your money and stick with a 10-round mag.

The VP9 clocks in at a respectable 26.56 ounces, and that's with an empty magazine. If you require a more compact version of the VP9, consider the VP9SK. You get most of the same features found in the traditional VP9. However, there are some differences. These mostly have to do with the dimensions of the gun and its different available capacities.

The trigger is only slightly different. In fact, it is virtually identical to the VP9. Not many people would be able to tell the difference.

It's important to mention that there aren't any optics on the VP9SKs. What's more, the slide isn't designed to accommodate them.

Considering its smaller size, the VP9SKs is ideal for personal carry or self-defense weapon. If you're in the market for a home defense weapon, you may want to go with a version that offers sights.

The lighter body of the VP9SK is certainly a welcome change, although the original VP9 handled very well.

Last up is the Tactical OR. This handgun is the best of both worlds, so to speak. By and large, the VP9 and Tactical OR look almost identical. It's not until you shoot both weapons that the differences come to the surface.

The trigger pull is only slightly different, just like that of the VP9SK. When gripping the Tactical OR, you can feel the difference. This full-size pistol is certainly comfortable, but there's a noticeable bulk to it compared to the VP9. 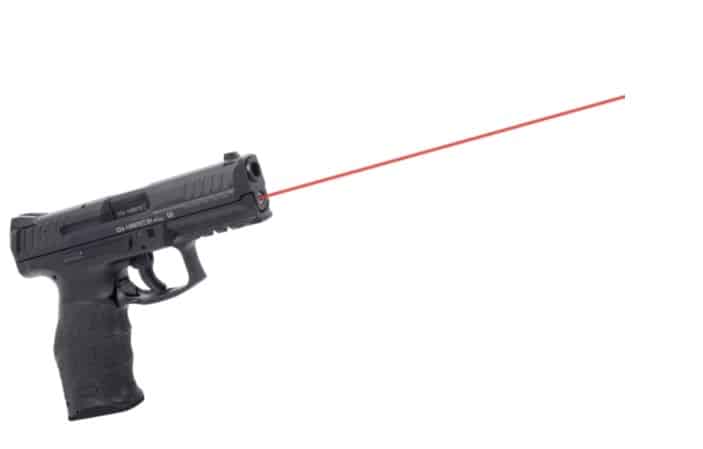 When it comes down to it, you can't beat the VP9SK and its compact size. It offers slightly better concealment compared to its counterparts. It fits comfortably in a holster and is light enough to carry on your person all day.

If you need a gun for defense, the HK VP9 or Tactical OR are going to be your best bet. You can't argue with the precision that each handgun offers. In reality, you could use either gun in nearly any application and walk away pleased with its offerings.

The performance of each model is most excellent, giving you reliability and longevity that you can trust. Such is the construction and craftsmanship that go into Heckler & Koch weapons. Sure, you're going to spend a bit more to own this fine series of pistols. But quality and performance typically command a higher price tag. 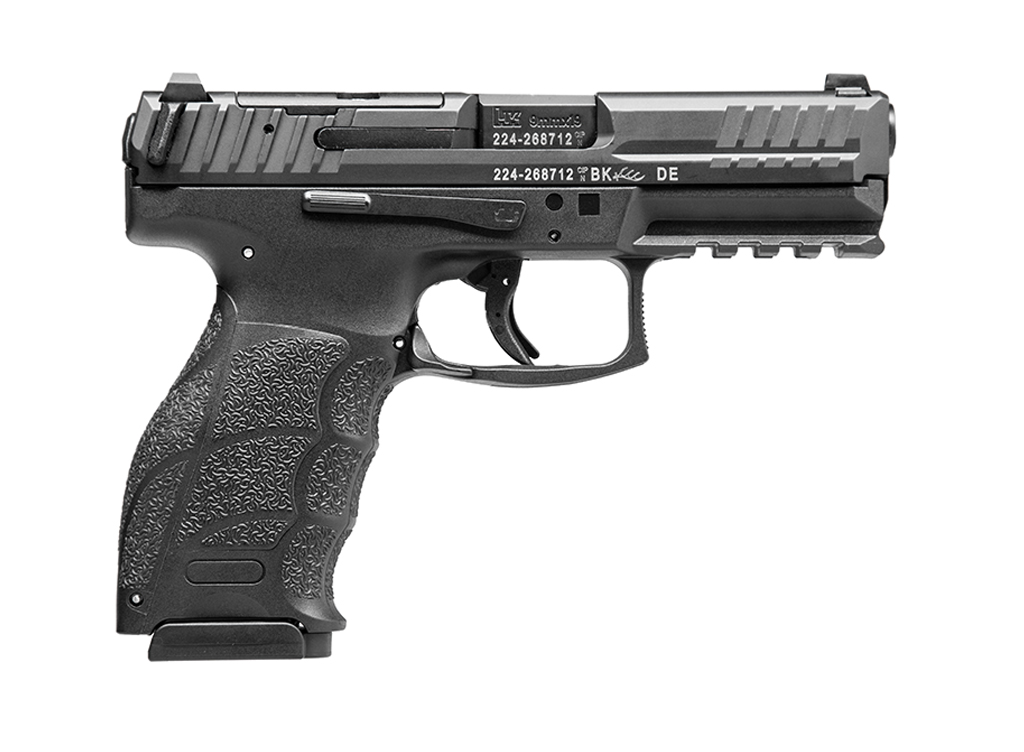 The VP9 is a reliable striker-fired pistol. It undoubtedly meets the requirements that are called for in a full-size pistol. And yet, the VP9SK makes a solid choice for those who want a high-quality concealed carry handgun.

But if you need a weapon that offers excellent maneuverability and handling, the Tactical OR or original VP9 will serve you well. We appreciate the hard work that clearly goes into each of the VP9 models we looked at today.

If you want to be sure that you're buying a gun that is built to last and will provide you with commendable service, Heckler & Koch is a well-deserved investment.