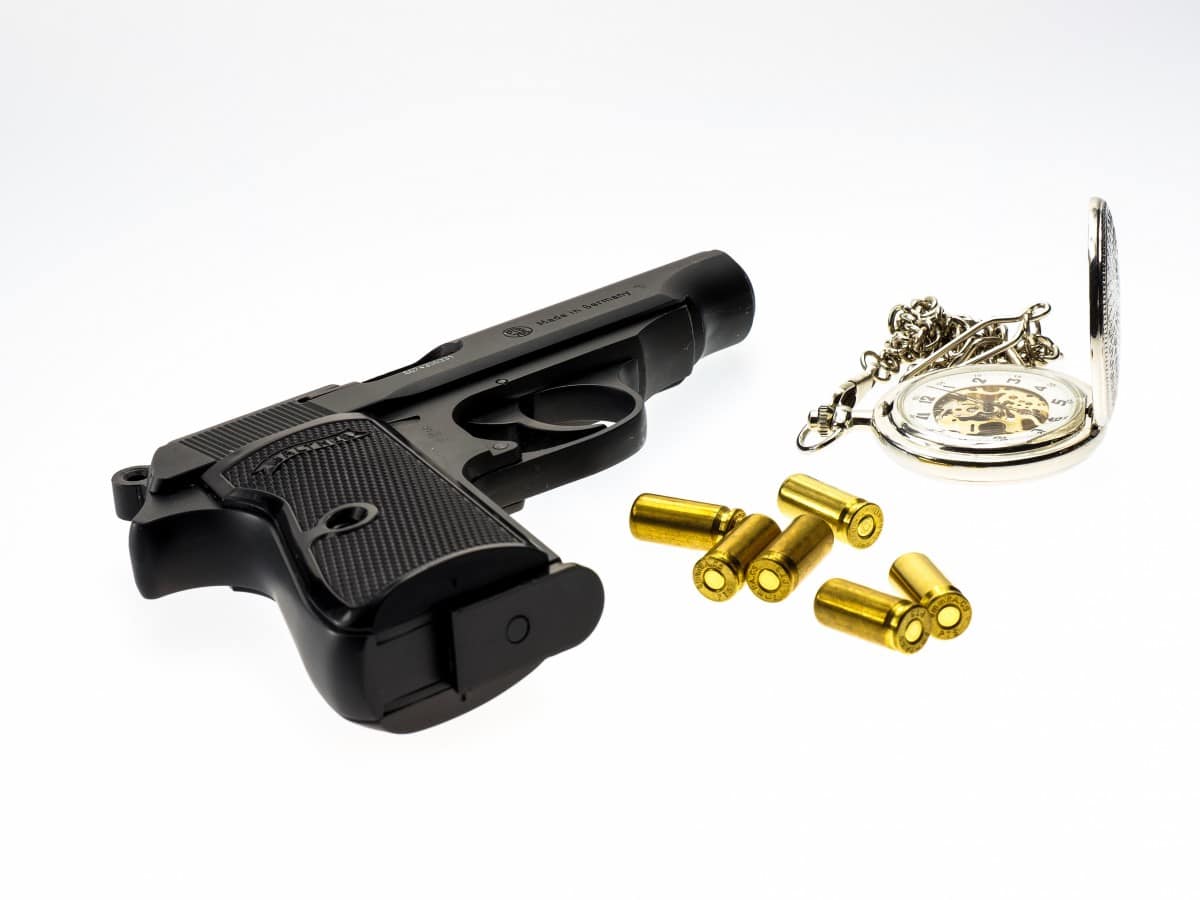 Different handguns hold a different number of bullets. For instance, traditional handguns (revolvers) can accommodate between five to six bullets. On the other hand, automatic handguns accommodate between two rounds and can go up to one hundred rounds. But, the rounds this handgun holds depend on its magazine. You are more likely to get your handgun having six to eighteen rounds.

Read through to learn all you need to know about handguns, their features, and maximum bullet holding capacity.

What Are the Types of Handguns?

There are three major types of handguns. These are:

The classification of handguns depends on their action type. This feature includes loading, unloading, firing, and ejecting the cartridge.

A handgun has two actions: a single shot and a repeating short. A Single-shot handgun should be loaded after every firing. On the other side, a repeating handgun doesn't require reloading after every fire; their magazines contain extra cartridges. Repeating action handguns include revolvers and semiautomatic pistols.

How Many Bullets Do Single-Shot Pistols Have?

A single-short pistol has only one round. This feature means it will only hold one bullet on it. Due to this feature, you will need to reload the shotgun every time you fire a shot. But, can you increase the number of rounds a single-shot pistol can hold? The answer is "No," you can not upgrade your single-shot pistol to hold more bullets. 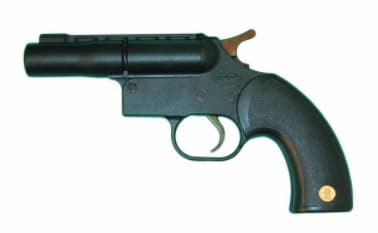 How Many Bullets Do Double-Action Revolvers Have?

What brings a difference in the number of bullets a double-action revolver holds is the number of chambers present on the wheel of the shotgun. 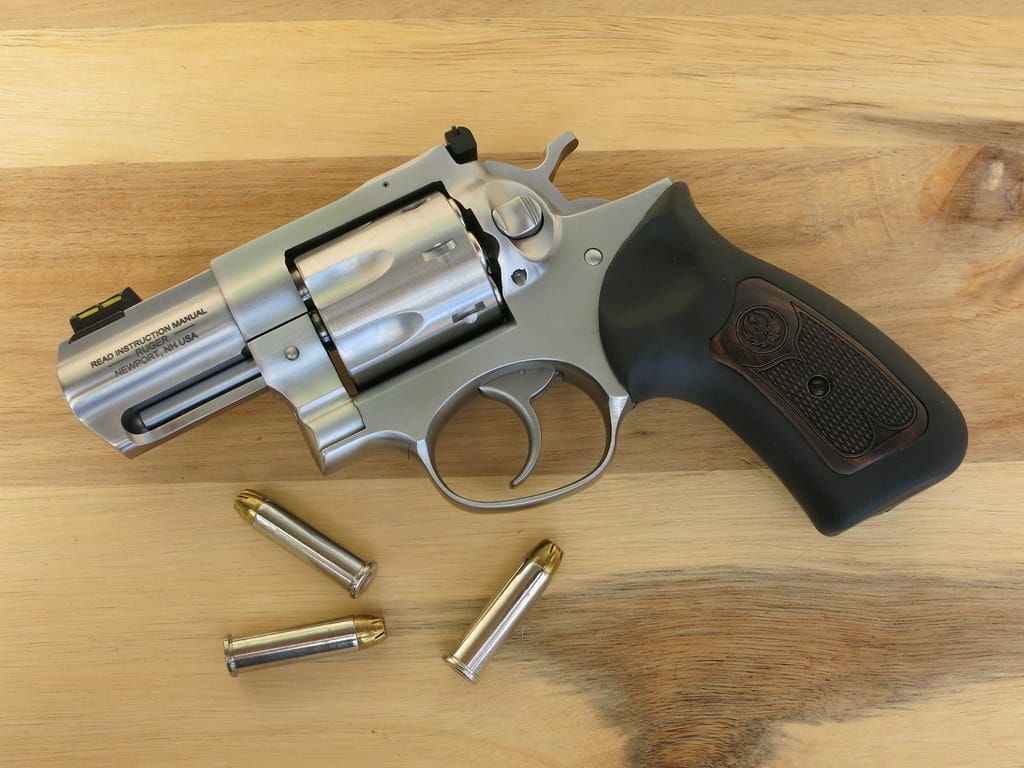 How Many Bullets Does a Semi-Automatic Pistol Have?

The semi-automatic pistol is the most flexible of all handguns when it comes to the total number of bullets it can hold. Unlike revolvers, this handgun can hold a different number of bullets depending on the size of the magazine. The magazine's setup will also affect the number of rounds it carries.

Your semi-automatic pistol will have magazine selections with different round carrying capacities depending on the gun manufacturers. 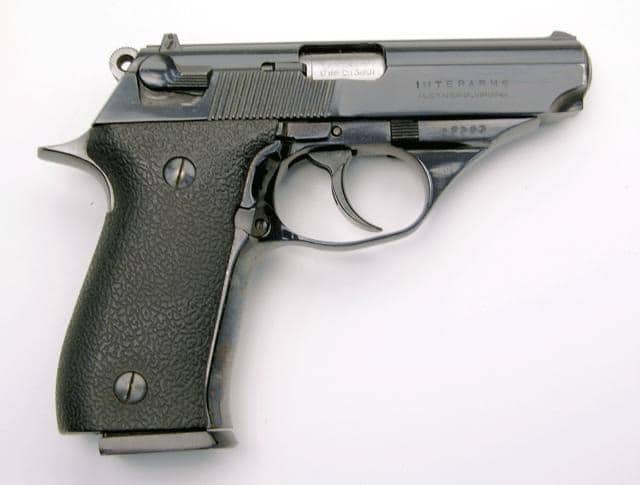 Upgrading your handgun round holding capacity is not a priority if you have concealed carry. However, gun enthusiasts find this necessary to practice. But, if you opt to buy a new magazine, check your local statutory regulations if they allow such magazines.

Why Does the Number of Bullets a Handgun Hold Vary From One Handgun to Another?

The number of bullets a handgun can hold varies from one handgun to another, depending on several factors. Some of the most common factors affecting this capacity are listed below.

As mentioned earlier, there are three types of handguns; Single-Shot Pistol, Double-Action Revolver, and Semi-Automatic Pistol. These different types of guns have different holding capacities for bullets.

For instance, the single-shot pistol has one chamber. Therefore, it holds one bullet at any time. On the other side, despite having one chamber, the semi-automatic pistol can hold more than one bullet, just like the single-short pistol. The factor determining the number of bullets here is the magazine's capacity. Rounds load automatically from the magazine.

Finally, the double-action revolver can also hold more than one bullet. They have multiple chambers within the gun's wheel, with all chambers carrying one round. The wheel will rotate to position the next round in place when you fire, adjacent to the firing pin.

Size of the Handgun

As expected, larger handguns will hold more bullets than smaller ones. This concept remains valid as long as the caliber of the rounds is the same.

The guns should be from a typical manufacturer, identical magazine configuration, and automatic handgun for this concept to remain valid.

Caliber is the internal diameter of the barrel of your gun. This feature affects the number of bullets a handgun holds similarly to the gun size. A handgun with a smaller caliber is likely to carry more bullets than the one with a larger caliber. This concept will remain valid as long as other factors remain constant.

An explanation for this aspect is that a smaller caliber takes up little space in the gun's chamber than the space a large caliber will take. This feature will allow the shotgun to accommodate more bullets due to the expansive space. This factor affects most semi-automatic handguns.

Note: This factor affects semiautomatic handguns only. The other two types of handguns are exceptional as they do not use magazines.

On the other hand, a double-stack magazine has bullets taking two columns arranged vertically. This format allows this setup to accommodate more rounds than a single-stack magazine.

Can I Increase the Number of Bullets in My Handgun?

Yes, you can increase the number of bullets in your handgun. But, to start, you must have an automatic pistol; the other types of shotguns do not allow such upgrades due to their fixed chambers.

You can quickly increase the number of bullets it carries with an automatic pistol by purchasing a more prominent magazine. Fortunately, getting aftermarket magazines is effortless as they are available in local gun shops and online sites.

You'll have little to do with a double-action revolver or a single-action pistol. These two shotguns do not support upgrades when you want to increase the number of rounds they can hold. 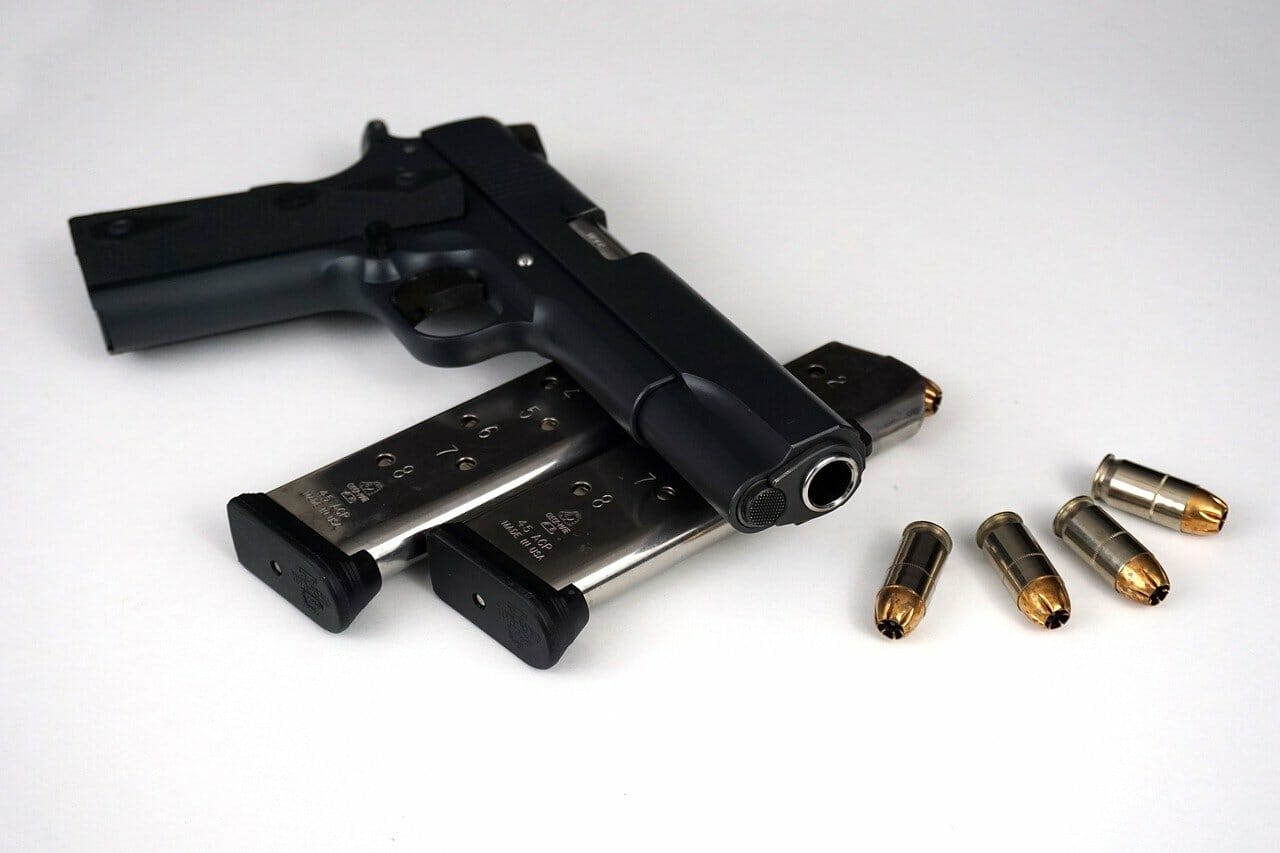 Concealed Carry - How Many Rounds Should they Have?

A concealed carry should have from six rounds to fifteen rounds magazines. A lot of compact pistols support such magazines. You can have as many bullets as you want, provided your magazine has the capacity, and you're also able to conceal the gun.

The number of bullets a handgun can hold varies depending on several factors. If you don't need more bullets or will not need to upgrade the holding capacity of your handgun, you can purchase a single-action pistol or a double-action revolver. However, if you want more bullets and the allowance for an upgrade, the semi-automatic pistol is the ideal choice. Most pistols, especially semiautomatic weapons, allow you to have aftermarket magazines to upgrade the carrying capacity of your handgun. However, you should ensure the aftermarket magazine you purchase is legal in your locality. Glock pistols are the most reliable handguns with high round capacity. It is, therefore, a number one choice for many gun enthusiasts.

No matter the type of handgun you go for, it's best to make sure you can conceal your handgun. An extended magazine can be too big such that concealing the gun becomes challenging.

How Many Bullets Does a 9mm Glock Hold?

A 9mm Glock handgun can hold up to 15 bullets. It is a semiautomatic rifle, meaning you can increase the magazine capacity to 17, 19, or 33 bullets.

What Handgun Can Hold the Most Bullets?

Glock handguns have the most bullets. They can hold up to 100 rounds at a time. Machine guns also top in the number of bullets they hold. For example, the M134 Minigun, used in world war ii, has 3,000 rounds.

How Many Bullets Are in a Pistol Box?

A pistol box (9mm) comes with one hundred bullets. However, you can get these bullets in higher quantities. On the other side, cartridges boxes contain twenty or fifty per box.