Many Americans can buy as many guns as they want. However, the process can take several months in some states. There is no limit on the number of firearms a person may purchase in a given period under federal law. However, a federal firearm licensee must disclose sales of handguns to the Bureau of Alcohol, Tobacco, Firearms, and Explosives (ATF) and other designated law enforcement agencies.

Most adults over 21 are eligible by state gun laws to own, purchase, and possess firearms. However, several state laws limit this privilege and prohibit or severely restrict certain people from owning or possessing an assault weapon. People with criminal records and those who abuse drugs are two common examples.

How Many Guns Can You Buy at One Time: Regulating Multiple Gun Purchases

Two or more firearm purchases to the same individual within five working days constitute a “multiple sale” under federal law. However, more than one handgun sale might strongly indicate illegal gun trafficking. The guns sold in these deals are often found at crime scenes. Data shows that up to 64% or more handguns at crime scenes were initially acquired through multiple sales. 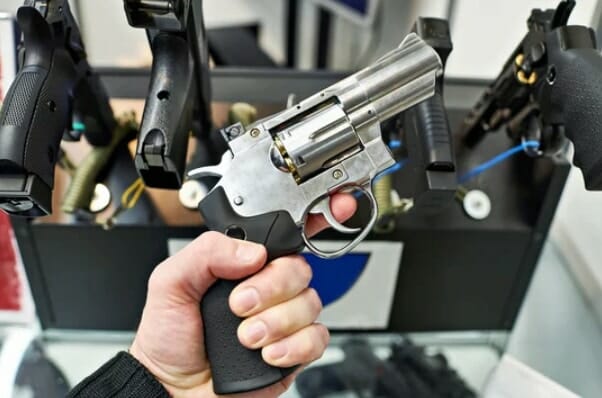 Reducing the supply of firearms on the secondary market is a primary goal of laws that cap the number of guns an individual can buy in a given time. There is an increased likelihood of law enforcement authorities finding certain weapons at a crime scene. Few states have adopted the strategy of restricting bulk gun purchases. This has been shown to lower gun trafficking and gun violence.

Authorities can achieve reduced gun trafficking through the implementation of laws that restrict multiple purchases. The number of weapons used in crimes later linked back to Virginia dealers dropped dramatically after the State's one-gun-a-month law went into effect.

Most Americans favor legislation that places strict limits on how many assault weapons an individual can buy in a short period. Sixty-five percent of respondents to a poll conducted in February 2018 indicated their approval of a monthly limit on firearm purchases. 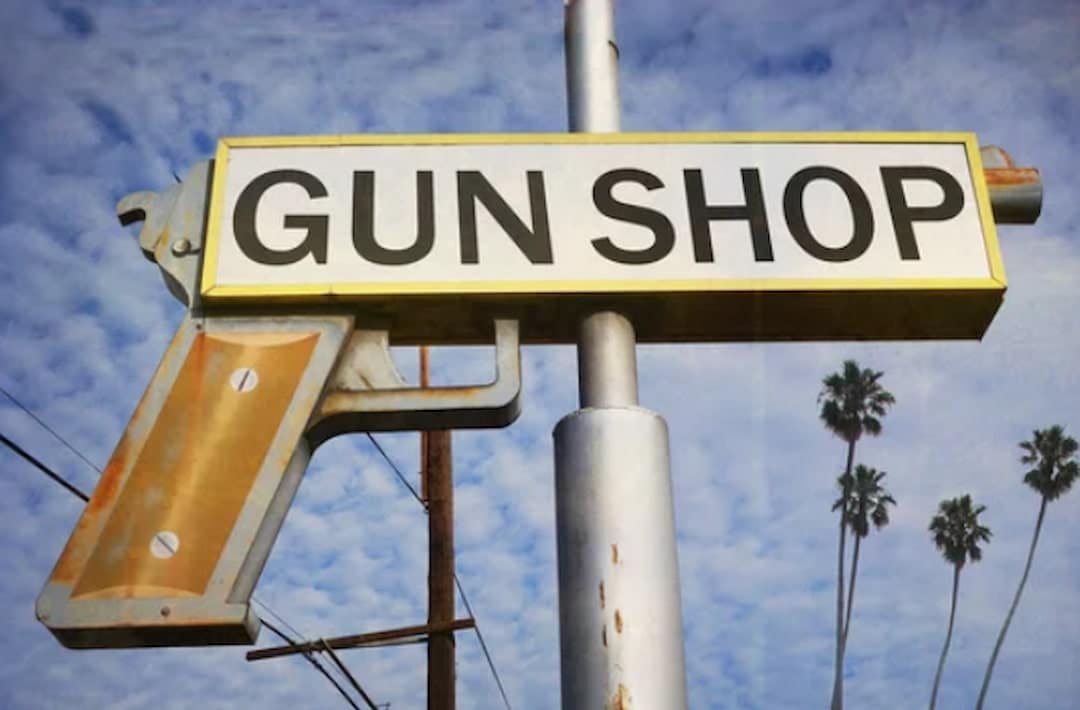 What Is the Process for Buying, Selling, and Registering Guns?

So, you're looking to buy a gun and know someone who will sell it to you at a fair price. In what way would you intend to finalize the deal? Where do you stand when selling and buying firearms for cash? Do you need a permit or authorization from a third party?

Unlike gun store owners, private individuals who occasionally engage in selling, exchanging, or gifting firearms are not needed to hold a Federal Firearms License (FFL). Nonetheless, they are still responsible for recognizing and abiding by applicable local, State, and federal laws.

If you're considering engaging in a private sale, you first should check whether it's lawful in your State. For instance, in California gun laws are imposed on buying, selling, or registering a firearm.

All firearms transactions made through licensed firearms dealers must go through the DROS process (Dealer's Record of Sale). Some examples of the transactions are purchases made at gun shows and private party transactions.

State law requires 10 days before the seller can release a firearm to a buyer. Buyers must provide verifiable proof of age to a licensed dealer as part of the DROS process. Handgun buyers in California must also provide proof of legal residency and have a Firearm Safety Certificate (FSC).

Choosing the best approach for selling your firearm might be challenging without worrying about it ending up in the wrong hands. State laws concerning state residents' requirements and methods for private transfers vary.

Some states, for instance, mandate background checks through a licensed dealer for all gun sales, even those between private citizens. Note that all licensed gun dealers are required to be federally licensed. What this means is that all of them are compelled to do background checks.

Systematic firearm registration is an effective means of reducing illegal firearms use and promoting safe gun use. The laws requiring the registration of weapons aid law enforcement in solving offenses and disarming perpetrators. This ensures the accountability of gun owners.

Despite the obvious benefits of registration laws, only a few states have them on the books, and some even outlaw them completely. Some states that require firearms registration include California, the District of Columbia, and Hawaii.

Who Is Allowed to Carry a Concealed Weapon?

Every State in the US has its own set of regulations regarding concealed carry permits. In some states, open carry allows anyone who meets the requirements to carry firearms openly. However, concealed carry is legal in other states. This means a person may carry a legal firearm on themselves or in their vehicle. However, they must hide it from plain sight.

State law mandates that loaded guns that cannot be concealed must all be transported when unloaded. Local regulations typically state that firearms that are not considered “concealable” do not need to be stored in a lockable container. However, some firearms are prohibited by the United States federal law and must be stored in a locked container or gun rack in a public place such as a school. Notable guns that cannot be concealed are rifles, long guns, shotguns, carbines, and centerfire rifles. 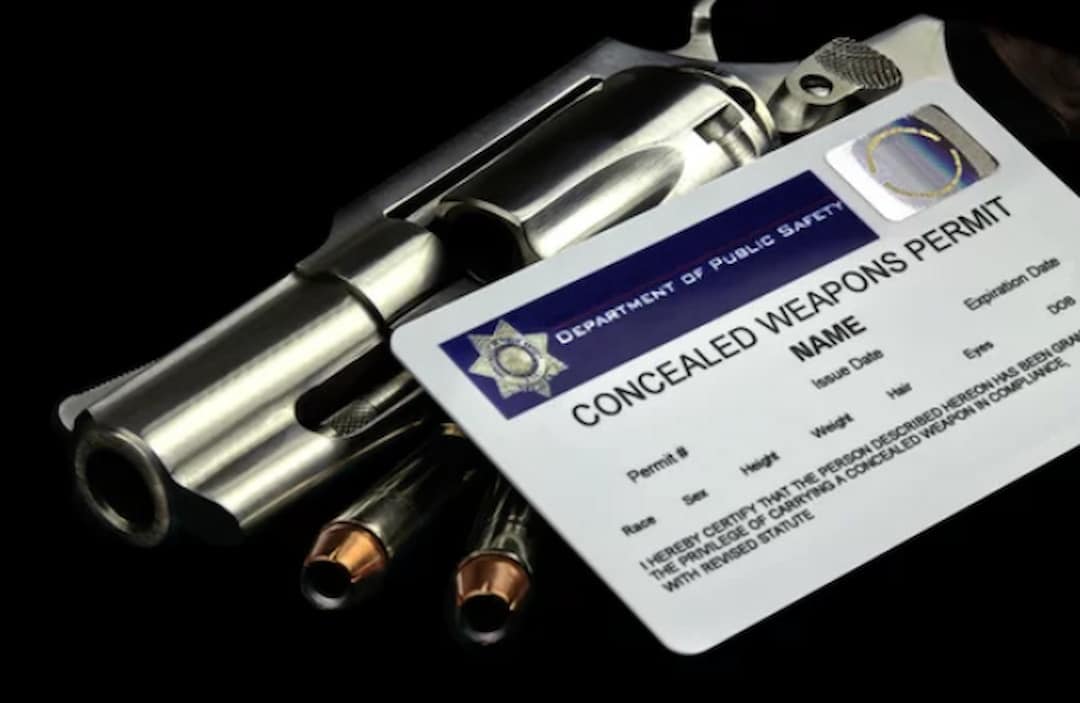 What Happens if I Carry a Concealable Weapon Without Concealing It?

Those guilty of carrying concealed weapons without a permit may be subject to severe punishments. Depending on the case's specifics and the state's rules, the crime could be a misdemeanor or a felony. The following penalties may arise from a conviction for one of the following types of offenses:

Is There a Limit on How Many Guns One Can Buy in a Month?

The limit depends on where you're located and what type of firearm you are looking to purchase. Though most states don't restrict the number of long guns, you may acquire them at once. However, most states only allow purchasing one handgun every 30 days. The number of firearms law-abiding gun owners may purchase is not restricted by federal law. However, federal firearm licensees are required by law to record multiple sales of firearms to law enforcement officers.

Every State in the US has laws that ban certain firearms and firearm accessories. For instance, penal code 16590 in California law usually prohibits weapons. Moreover, the statute criminalizes the following actions involving those who have to do anything with the firearms/accessories:

What Happens if You Buy Too Many Guns?

You can have as many guns as possible as you have a genuine reason for ownership. However, there are plenty of laws at the local and federal levels against doing illegal activities with the guns you have. Some laws prohibit the types of firearms one can own in certain jurisdictions but not the number of firearms one keeps. Possession of many guns is legal, provided that the owner acquired them lawfully. The owner should not be a “Prohibited Person” or involved in felonious activities.

Are There Places Where Guns Are Prohibited?

Civilians may carry concealed firearms in public in all fifty US states & the District of Columbia. However, regardless of the laws, firearms should never be brought into sensitive and unsafe areas. All states prohibit licensed firearms dealers from carrying guns in sensitive places like: 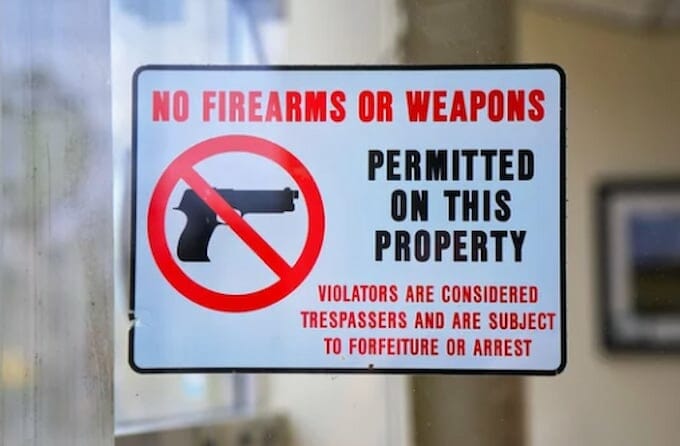 There are further restrictions on weapons in approved child care institutions, foster homes, and prisons. You can't discharge a gun within 300 feet of an inhabited residence without the landowner's permission.

How Many Guns Are Considered an Arsenal?

The word “arsenal” is defined as a military storage depot holding hundreds, and maybe thousands, of weapons. A collection of five firearms cannot be considered an arsenal. There is no precise figure there. An Arsenal is often a location where firearms are manufactured. A facility where weapons are stored is called an armory.