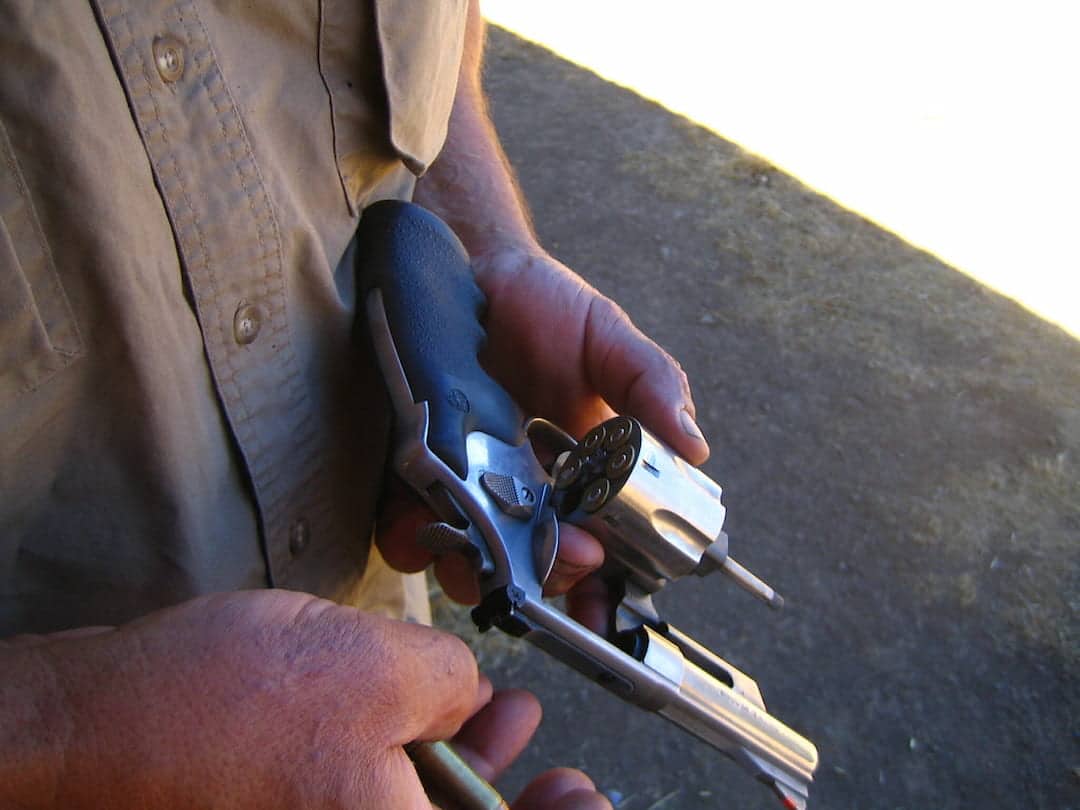 One of the most powerful handgun rounds, the 44 Magnum, is the second revolver cartridge to receive the designation “Magnum.”

The 44 Mag. remains one of the most popular big-bore revolver cartridges, attracting many enthusiasts. No big-bore round can compete with the range of ammo options available, from the light to the wild.

It is the cartridge to use if you don’t plan on reloading. Everyone compares all huge revolver cartridges to the 44 Magnum, the ‘gold standard.

So, how powerful is a 44 Magnum? This article will discuss its history and why it is still popular and effective today.

How Powerful Is a 44 Magnum?

Cartridges built for pistols with 44-caliber barrels, such as the 44 Magnum, include a big bore.“Magnum” cartridges are unique because they contain more propellant (gunpowder) and projectile (bullet) than a regular cartridge.

Carbines and rifles were quick to adopt it after its initial debut. Bullets in the 44 Magnum case, independent of the “44” designation, are all around 10.9 mm in diameter.

To reach faster velocity, the 44 Magnum uses a longer 44 Special case and greater pressures than the 44 Special. It's been a successful large-bore magnum bullet for decades.

Despite its severe recoil and muzzle flash when shot from a pistol at short range, it suited the 44 Mag cartridge for large, deep-penetrating bullets. However, carbines and rifles don't have any of these problems.

The 44 Magnum has a long and intriguing history. In the early to mid-20th century, many hand loaders used the 44 Special because of its adaptability. In the old 44 Special, you could buy everything from gallery-type target loads to deer-killing ammunition.

However, this was not enough for a few daring gunslingers. Elmer Keith, an outdoor enthusiast and writer, invented the 44 Magnum cartridge.

Elmer was a significant player in developing revolver cartridges and guns for nearly a century. His involvement in creating the (357, 41, and 44) calibers sparked various cartridge advancements.

It's also likely that he's most remembered for creating the 44 Magnum pistol.

Elmer wanted to find a means to fire heavy-weight bullets at high velocity after working on the 44 Special. His first 44 Magnum pistol, the Smith and Wesson 29, debuted in 1955. It was after five years of testing with the cooperation of Remington and S&W, the first 44 Magnum firearm of its time.

Although the military and police haven't used the 44 Magnum, it has become a popular home defense and hunting caliber today. 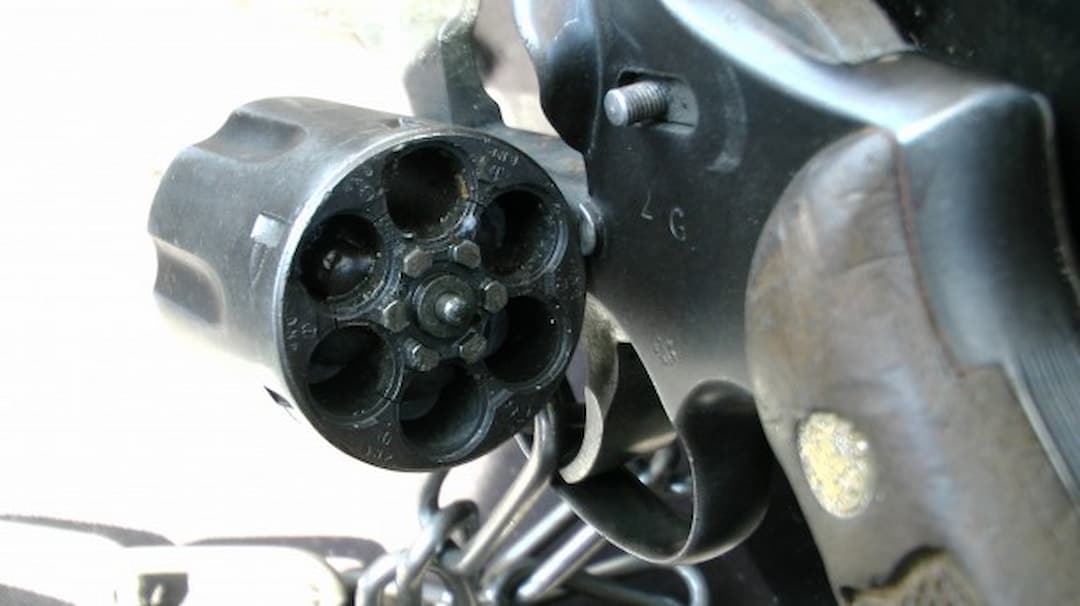 Why Is the 44 Magnum The Most Powerful Handgun Cartridge?

Large, powerful, and fast are all words that describe the 44 Magnum’s bullets. Its recoil and muzzle blast are so extreme in its full-powered configuration, making it inappropriate for use as a police weapon. Shooters with small hands or smaller builds may find rapid-fire taxing on their hands.

The 44 Magnum and the 44 Special descend from (.429 and .430) same caliber rounds. Early measurement of "heeled" bullets in use in the late 19th century led to the designation of 44.

Then, they are diameter measured bullets, not by their weight. After creating the cartridge, they measured the caliber of the bullet. A.429 caliber was born from the 44 Special’s forerunner, the 44 Magnum. The 44 caliber label remained for market familiarity rather than confusing users familiar with the 44 caliber revolvers.

When firing this caliber, specific gun designs are more convenient to use. Many shooters prefer single-action revolver grips because of their rounded design, which is better for dealing with so much recoil.

As a general rule, the longer “Bisley” style grip is popular among many shooters for heavy recoiling weapons. You can find it on Ruger and Freedom Arms single-actions and many custom builders.

How Much Damage Does a 44 Magnum Do?

Due to the popularity of “high-speed” rifle loadings like the (.44-40) Winchester’s “High Speed,” handgun cartridges have been popular since the 1950s. The Winchester cartridges.32-20 and.38-40 are both dual purposes.

Because they initially designed the 44 Magnum is a revolver cartridge, compliant ammunition should function in all types of rifles or handguns.

The 44 Mag cartridge, whether in a carbine or rifle, delivers enough power and weight to take down medium-sized deer. Ruger debuted the 44 Carbine in 1969, making it the first carbine chambered in 44 Magnum.

Ruger and Lever-action Marlin Model 1894 are only two examples of the many guns in this caliber now on the market. Compared to revolvers, carbines have much longer barrels, resulting in a significantly greater rate of fire.

Testing various ammunition revealed a velocity of 1,300 ft/s (400 m/s) at 100 yards (91 m) from the Ruger Deerfield. Similar to the bullet’s muzzle velocity coming from a revolver.

Is the 44 Magnum Good for Hunting?

The 44 Mag is an excellent choice for hunting games and includes deer size. It has even killed the largest wildlife, including Cape Buffalo, with pinpoint accuracy and deep piercing powerful cartridge. Publisher Robert E. Petersen used a 44 Magnum to kill a record-breaking polar bear.

The large, flat tip bullets work best in the 44 Magnum and offer an extra benefit over the old ones (.44-40) rifle loads. Researchers fire bullets through twigs and foliage to study them to mimic real-world situations. Here is what they found:

Brush contact easily deflects the bullets because of their low weight, low velocity, thin jacketed, and pointed design. Heavy, flat-pointed shots traveling at moderate speeds are best for cutting through the bush with the slightest deflection possible.

How Accurate Is a 44 Magnum?

Models from Ruger producing bullet groups and Colt, Smith & Wesson produce 3 to 4 inches of the bullet at 50 yds with standard bullets. It shows the high accuracy of the 44 Magnum.

Terminal ballistics are not the limiting factor for the 44 Magnum cartridge.

When shot from the muzzle, the 44 Magnum bullets loaded in 6-inch revolvers have a higher energy impact at 150 yds than (246gr .44 Special) bullets.

The 44 Magnum can kill animals when used with a large, non-expanding bullet. The trajectory of the bullet is the limiting element. Ammo that is best for hunting is sluggish because they are heavier.

After 100 yards, a significant drop in trajectory occurs while zeroing in on the 50-yard. The point at which the field of view and the projectile meet (91 m).

When using 44 Magnum rounds, hunting ranges should be a minimum of 100 yards (91 m) or even fewer if realistic precision dictates it.

Can a 44 Magnum Revolver Fire 44 Special?

If you have a 44 Magnum revolver, you can surely shoot a 44 Special out of it because both revolvers use the same bullet. When exchanging cartridges, be sure to clean your pistol and barrel.

However, it is a definite NO-NO to use a.44 Special revolver to fire a 44 Magnum. It's not just that the cases are of different lengths, but forcing a.44 Special to discharge the considerably more powerful 44 Magnum cartridge can damage your wheel and barrel.

A revolver capable of firing a 44 Magnum bullet has its safety considerations. As a result, the design and engineering of a .44 Special revolver may differ from that of a .44 Mag revolver. 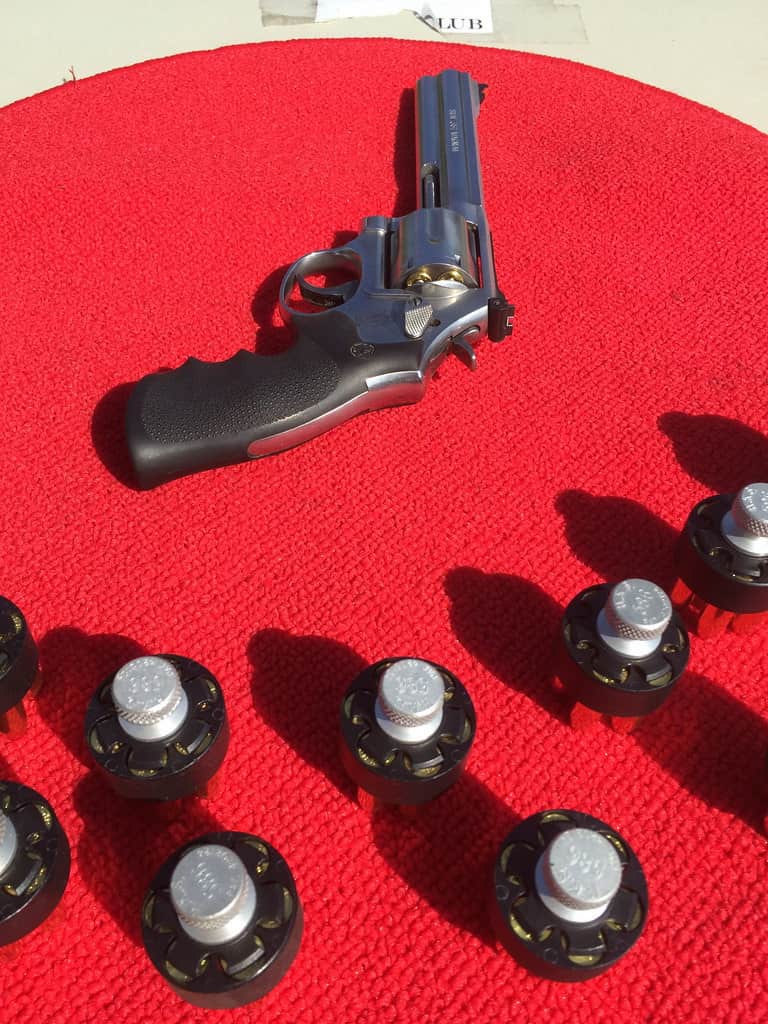 Why Is the 44 Magnum Revolver Popular?

The 44 Magnum revolver is one of the most popular wheel guns in North America, owing to the "Dirty Harry" movie. Many collectors have a special place in their hearts for this great revolver. In the absence of an urgent requirement, you may find it appealing to own a .44 Magnum revolver for personal protection.

Many other pistols and revolvers can perform the same, if not better, than a .44 Mag revolver in self-defense or hunting. However, few calibers can match the tremendous strength and stopping power of a.44 Mag.

It is not the best option for daily carrying a firearm (see Rock Island M206). However, if the necessity arises, you have enough stopping power.

Most people can safely handle a revolver cartridge in 44 Magnum since it's a generational cartridge with a sweet spot, or the tipping point, of power.

To sum it up, the 44 magnum bullet caliber is potent. Revolvers with a higher muzzle velocity and a more comprehensive weight range can fire this cartridge. Magnum has a minor advantage in stopping power, but the Special is more than competent in hunting.

The 44 Special is a great revolver cartridge since it’s strong and simple to reload. However, if you have enough money and are a competent shooter, the 44 magnum is the best option.