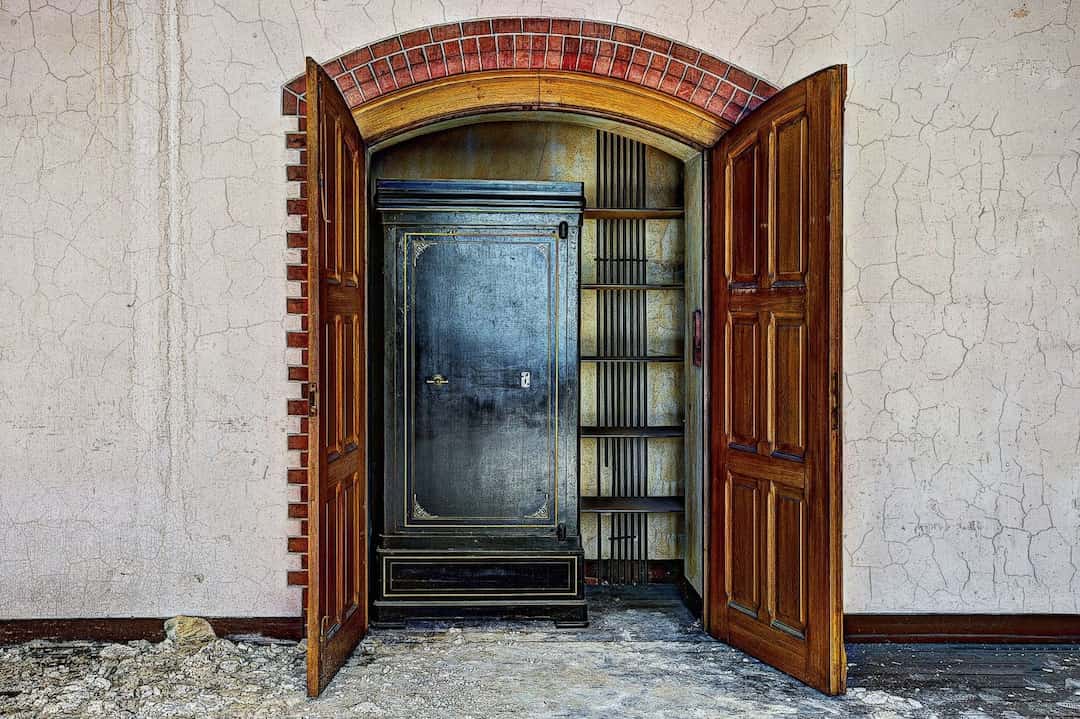 Most people buy gun safes to secure their firearms and other valuables. We, therefore, expect these safes to be strong enough and probably burglary-proof. But how safe are gun safes?

Gun safe manufacturers usually describe their safes as impenetrable without the key. Clever advertising has made most people believe that modern gun safe versions are more secure than previous versions. However, there is no significant difference between these gun-safe versions.

When determining how safe a gun safe is and how to build a gun safe, it is prudent to consider the following factors.

A gun safe with bent sheet metal with no custom fittings makes the door gaps less tolerant. Therefore, breaking into such a safe is much easier.

The door frame and the outer lip of your average gun safe are not solid. Therefore, it is much easier to bend the steel. In doing so, the drywall embedded on the outer step of the door can easily collapse.

Many gun safes have a thin locking bolt carriage; thus, prying attacks can easily widen the locking bolt holes, making it easier to break into the safe.

The locking bolts of gun safes are short and loosely attached to the locking bolt carriage. The thin sheet metal has little leverage against bending. You may fail to notice this problem because it is found inside the door.

The Wall and Door Construction

Gun safes adopt a composite construction where they fit drywall fireproofing for the gun safe on the interior section. This feature has no security qualities and weakens the outer door lip. What Is the Hardest Safe to Break Into?

Many factors determine how easily you can break into a gun safe. Thus, it may be challenging to identify which one is the hardest to break into.

However, Cannon gun safes and Liberty gun safes have emerged as the two top safes to break into. Don't fall for the "the more you spend, the more secure the gun safe!" scam.

Price shouldn’t be the deal breaker here. Instead, consider the user reviews under each gun safe—they are unfiltered and thus a true reflection of the safe's quality. Can You Break Into Gun Safes?

Yes, you can break into gun safes. Any safe, even the big ones, can be broken into as they don't meet the expected security industry standard. Gun safe companies advertise their gun safes as impenetrable. However, breaking into a gun safe without a key is much easier. Don't believe when they say safes are now more secure than before—they are just trying to sell their products.

No, gun safes do not protect from fire. No gun safe has a fire resistance certification; thus, it is ideally not fire proof. The fireproof performance of your gun safe largely depends on the temperature at which the fire burns, the duration of the fire, and your gun storage.

The key factor for fire protection is the fire rating. Consider a gun safe with a higher rating.

Are Gun Safes Worth It?

Yes, gun safes are worth it. Buying a gun safe is a long-term investment, despite it being expensive. Securing your gun in a gun safe reduces liability; that's why an insurance company makes this feature mandatory for full insurance coverage. Many states have gone ahead to make this feature a law.

Consider a gun safe with electronic locks, as they are easy and quick to open and lock.

Can You Open a Safe With a Crowbar?

Yes, you can open a safe with a crowbar. Gun safes, even the most advanced ones, have weak points that are easy to break into using a crowbar. The weak points are primary design flaws intentionally or unintentionally placed by the gun safe designer. Be warned against buying cheap gun safes as they have multiple weak points, making them vulnerable to burglary attacks.