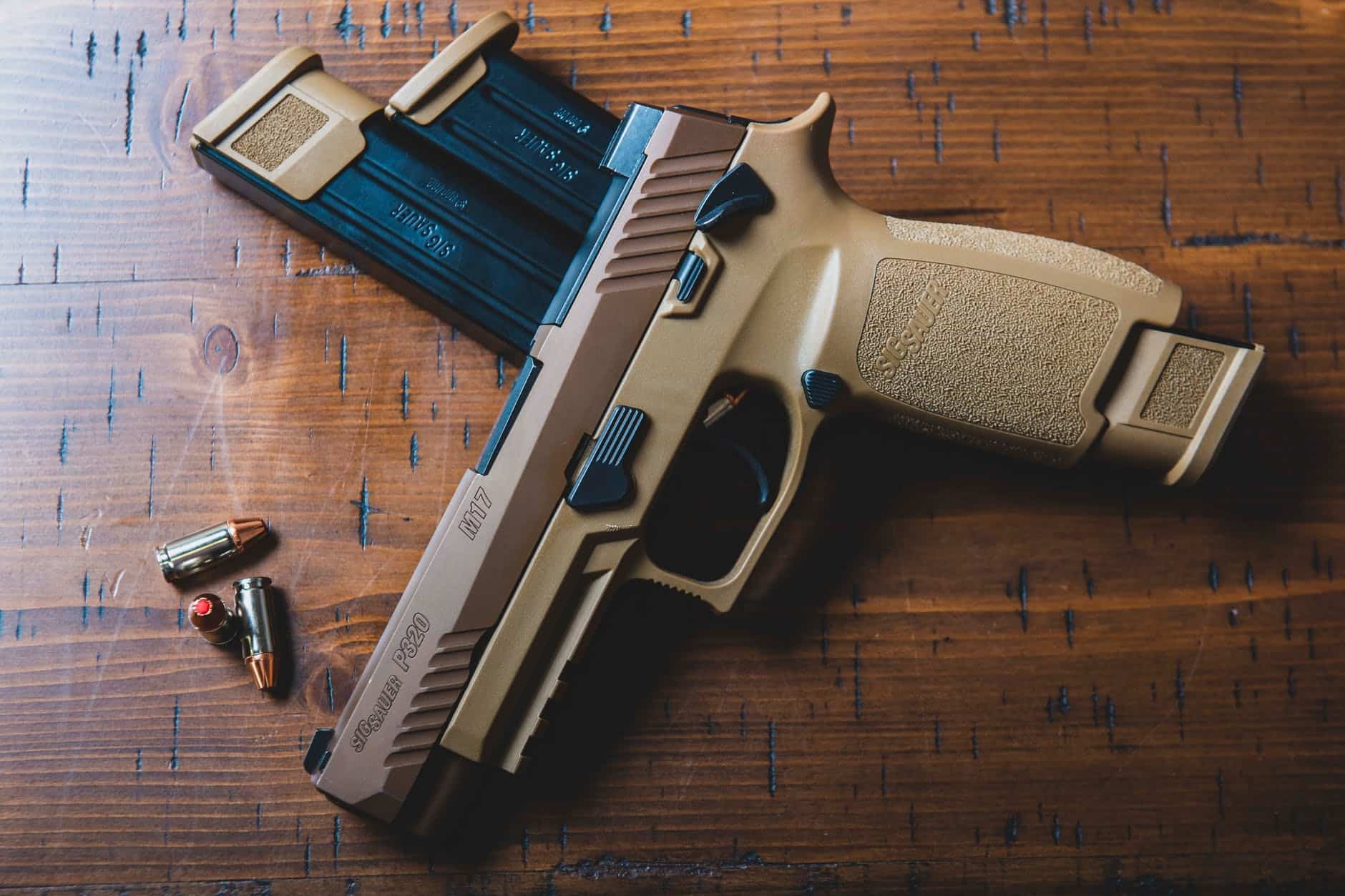 Are you proficient in loading a pistol? Learning how to load a pistol is extremely important as it is crucial in times of crisis. It also helps to be ready. Knowing handgun loading basics will come in handy when you want to use it.

If you just bought your first gun or are just getting into shooting, this article is for you. However, you need professional training before you become an expert in handling weapons.

Handling firearms is a dangerous activity. Accidents can happen if you do not know how to hold a gun or load it gun properly. To prevent these accidents, follow these gun handling rules to protect yourself, people and property around you. But to begin with, you must be aware of the revolver vs pistol differences.

Handgun safety and how to avoid accidental shooting

Gun-related accidents are an uncommon occurrence, but they can happen to anyone who isn’t careful with their firearm. That's why you should take a lot of pistol shooting practice.

For instance, you might reach into your pocket for a cell phone or something else than press the trigger by accident causing your gun to discharge. To avoid such dangerous occurrences, there are certain precautions to put in consideration.

1. Always assume your pistol is loaded. 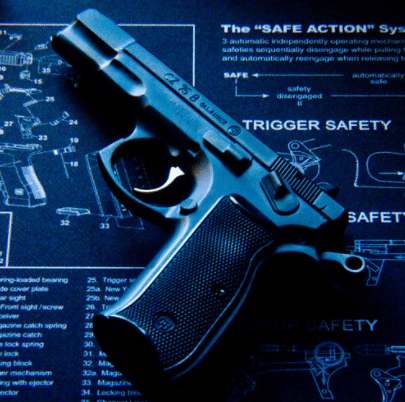 2. Make sure the firearm’s safety feature is on when you are not using it. This prevents the gun from discharging. Safety measures are meant to protect from accidents.

3. You should handle every firearm as though it can fire anytime.

4. Always make sure your firearm is pointed downrange unless you are pointing at an object you want to shoot.

5. Make sure your index finger is off the trigger unless you want to shoot.

6. Don’t climb, jump a fence, or run while carrying a loaded firearm.

7. Remember to keep your gun unloaded whenever it’s not in use.

What is the first step for both loading and unloading a firearm?

Whether you are a new or experienced pistol owner, it's important that you know how to load your firearm. Before loading a gun, make sure that you have the correct ammunition.

Here is the first step for loading your pistol.

Knowing how to unload a firearm is as equally important as knowing how to load it. The first step to unload a pistol is to check if the slide is open. Keep in mind that a semiautomatic pistol will lock its slide open if all of its rounds are used.

However, it will be closed if its rounds are not finished when shooting.

A witness reported that the magazine had a problem coming out and it is during this time that the gun fired killing him on the spot.  From this sad occurrence, it is very crucial to know how to load a pistol to avoid such accidents.

A magazine is ammo storage and also a feeding device for a gun. It can be detachable or fixed. In order to remove a magazine, first, point your firearm in a safe direction.

The next step is to locate the buttons on each side of your pistol. Use both hands to press and pull the magazine and it will simply fall out.

If you have a problem removing the magazine of your gun, there are many disassembly tools that you can buy online to safely disassemble your magazines for inspection and cleaning (see 'How Often Should a Firearm Be Cleaned?' post).

Rack the slide to the rear

In order to operate your pistol effectively, you need to know how to rack a pistol. You need to learn the techniques needed, be focused, and persevere in order to rack the slide well on pistols.

Firearms should be loaded when you are ready to aim

Firearms should be loaded when you are ready to aim or shoot. If you are not using it, store in a safe place. If ready to use, make sure it is loaded properly to avoid accidents.

To aim your loaded pistol properly, you need to understand and master some necessary skills such as grip, and stance. If you have a good understanding of pistol basics, you can skillfully incorporate speed, mobility, and proficiency in your shooting.

An expert should be able to draw their gun, aim and shoot accurately with no damage to property or accidents.

Proper Grip of your loaded pistol 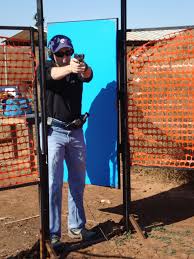 As the pistol fires, it’s going to vibrate and push back in your direction. So you have to put pressure points on the gun to counterbalance the force created when discharging. You also need to relax your body for recoil management.

Let your dominant hand provide the base for your pistol grip, and then use your non-dominant hand to balance the pressure between the two sides. A proper grip will give you better weapon management and great sight alignment.

If you have not been using your pistol for a while, it might soften your grip and you are more likely to flinch. I would advise practicing dry firing to get your grip back before handling a loaded gun.

When handling a loaded pistol, it is required that you have a good focus. If you’ve ever tried to take a picture of more than two different objects at varying distances, you know it’s very hard to focus on all the objects at the same time. So there is a need to have a center point of focus, which is the front side.

Shooting stances-which one is right for you?

Having a proper shooting stance gives you a strong foundation to aim your loaded pistol.  Setting your body in a way that makes accurate shots is called a shooting stance.

There are several shooting stance techniques for a pistol such as a weaver and isosceles stance.

An accurate stance provides you with enough flexibility and attack capabilities, improving your ability to defend yourself or shoot your target. 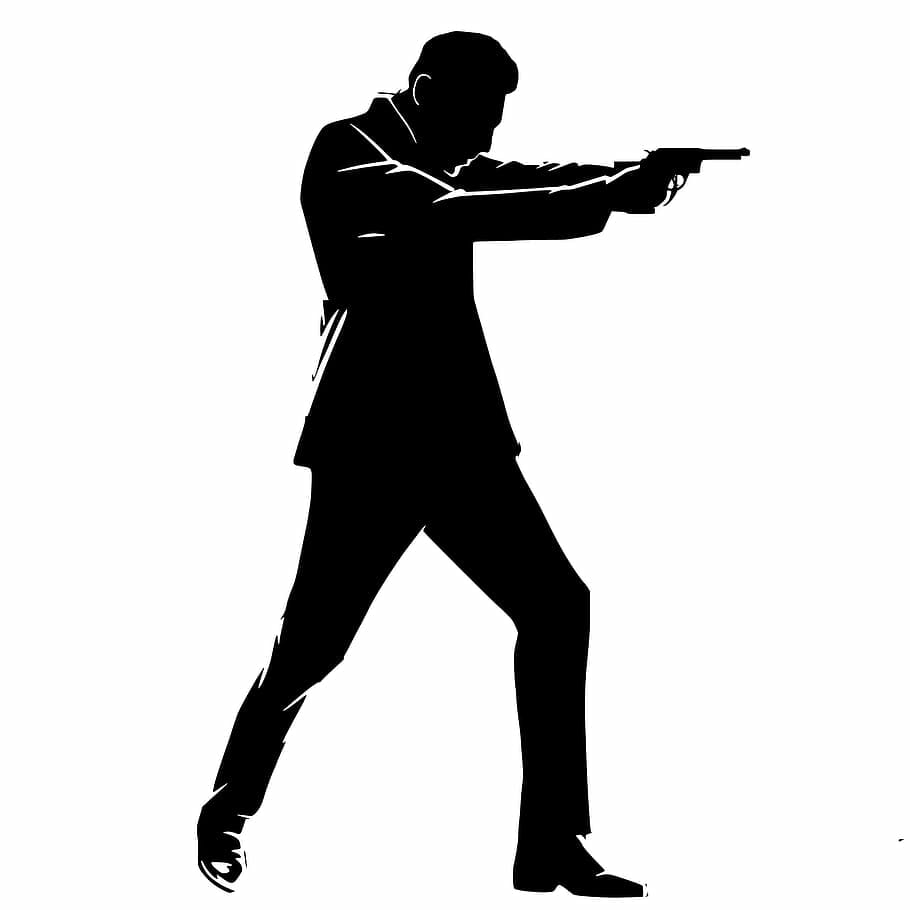 You should try out the different shooting stances that are there, and identify the one that comes naturally. With dry fire, you can master your stance. Below are some tips to determine whether you have a good shooting stance:

1. Your shooting stance ought to come naturally without much pressure.

2. If your stance does not provide you with stability, you will not have an accurate shot. This will make it difficult to get an accurate follow-up shot if required.

3. You should be able to attack in all directions without being exposed to your opponent.