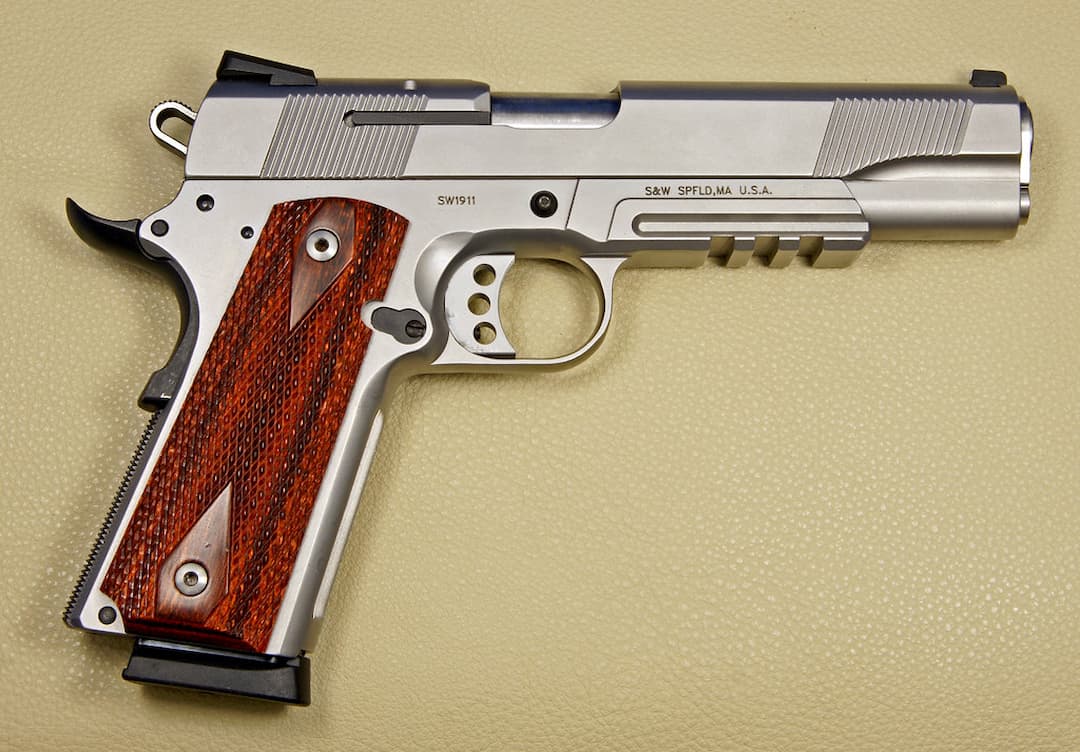 Shooting 1911 45 ACP is a lot of fun. The pistol has been around for nearly 100 years, and its popularity shows no signs of slowing down. Despite its age, it's still one of the most widely used pistols in world wars.

1911 has been used by law enforcement agencies and the United States armed forces. 1911s are also some of the most versatile and also decent guns. However, it can be a bit of a bear to shoot if you're not used to it.

Nevertheless, some police officers prefer it over other guns because of its reliability, accuracy, and ease of use. This article offers some basic but crucial tips on how to shoot 1911 45 ACP: 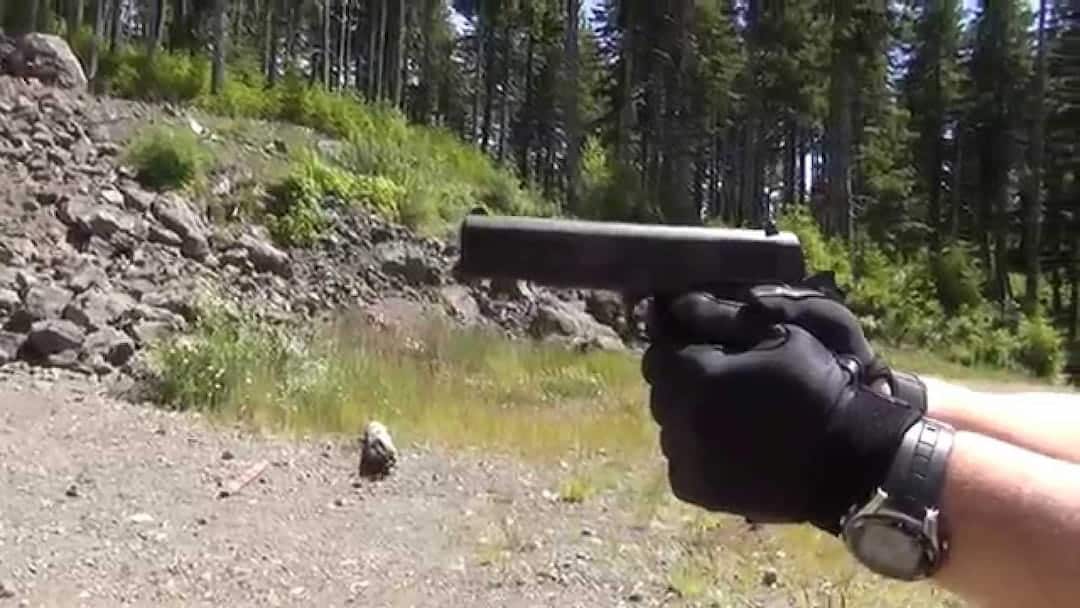 Work on Mastering the Safeties

An important thing that you will want to do is make sure that you have the right safety equipment. Ensure you are wearing eye and ear protection at all times when shooting. You should also wear hearing protection because the noise from the shooting can be damaging if you don't take precautions.

Secondly is mastering gun safety. The semi-automatic pistol has three safety features: a thumb safety located on the rear of the slide, a grip safety located at the back of the frame below your thumb, and an internal firing pin block that ensures it doesn't move forward unless intentionally cocked.

The first two are deactivated when you pull back on the hammer with your thumb until you feel them click into place.

You should practice drawing your weapon every day until it becomes second nature. It would be best if you also practiced drawing while wearing your holster to get used to how it feels when your gun is holstered. In addition, it will help ensure that you can draw your weapon quickly if needed.

Practice drawing from concealment until you can do so smoothly and quickly with no wasted motion. Otherwise, if you have to draw your pistol in an emergency and try to draw from concealment without practicing beforehand, it could take too long and cost you precious seconds.

Next, you need to dry the fire with an empty magazine. Finally, you're pulling the trigger on an empty chamber by dry firing. This teaches you how to control the gun's recoil and build muscle memory when shooting live rounds.

It also helps reduce any hesitation during a real-life situation since no actual bullets are being fired from your gun during dry firing practice sessions.

Once you have mastered the above skills, it's time to train live fire! 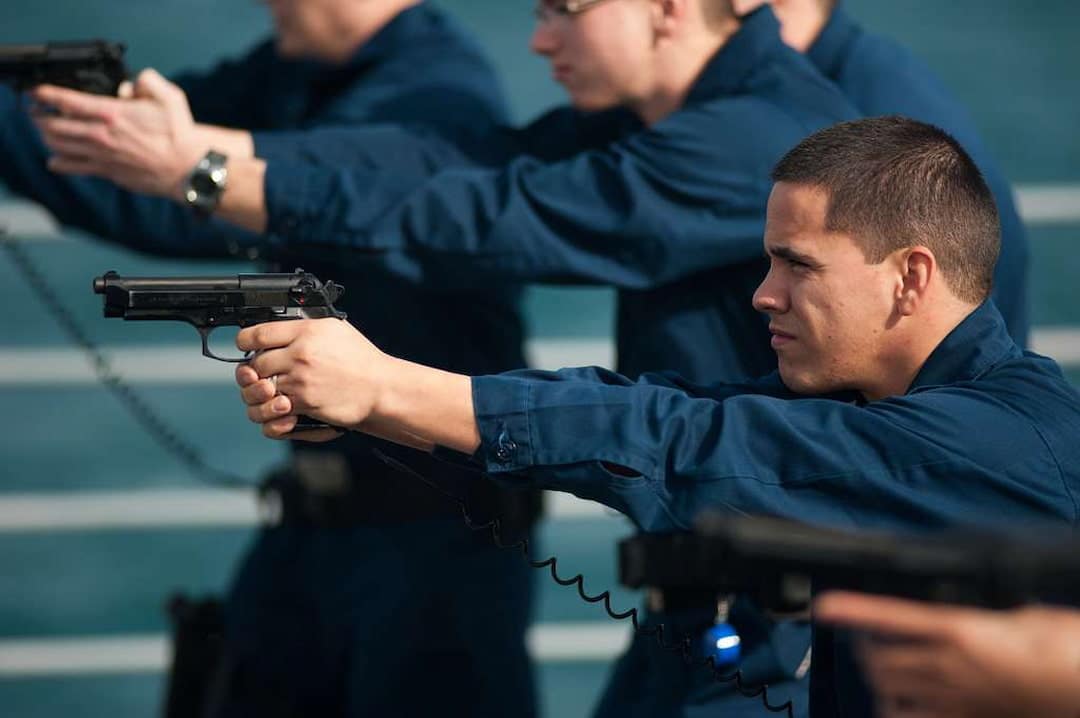 Most guns come with manual safety, but 1911 is an exception. It has two — one on the slide and one on the grip. The thumb safety is located on the left side of the frame, just above the hammer.

When engaged, it blocks the sear from releasing and firing the gun. It can be helpful if you're carrying your handgun with a round in the chamber and don't want to pull the trigger by brushing against it accidentally or if you have small hands and find it difficult to reach around with your trigger finger.

The grip safety is located at the rear of the frame above, where your left thumb would normally rest when holding your gun. When depressed, it blocks the movement of the hammer without disengaging any other parts of your weapon.

If you find that this feature is preventing you from operating your gun properly, several aftermarket products are available that will allow you to remove or disable it entirely.

We have a few self-loading pistols out there, but it should have a thumb safety if yours is not. Ensure it's engaged before loading it around. Then push down on the magazine follower (the part that sticks up) until you feel it hit the release lever under the barrel; then let go and pull back on the follower to send another round into place. Repeat until you have loaded all six rounds in your 1911. 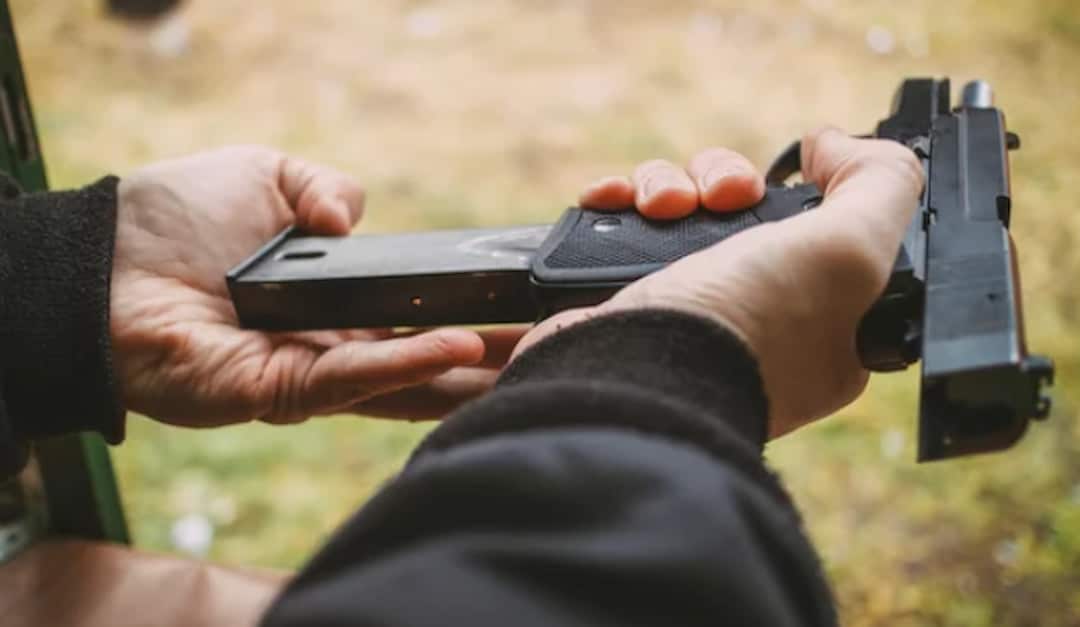 Get Comfortable with Your Grip on The Finger Grooves

There's no one right or wrong way of holding a 1911 pistol. Still, there are some things to keep in mind when choosing how to hold it: You want your hand as high as possible on the backstrap (the top rear portion of the frame) so that your thumb is holding onto that part instead of just hanging by your side with no control over your gun at all; this is called "wrapping around" or "bridging" the gun; also make sure to get a good solid grip.

Rack the slide back and lock it open by pressing up on the rear sight. Hold the pistol in a firm two-hand grip with your dominant hand on top of the gun. Your support hand should be firm underneath it. Make sure that your trigger finger is out of the way so that when you press the trigger, it cannot move into the hammer's path as it falls forward to strike the firing pin.

The second step in shooting 1911 is to take up the trigger guard by pulling back on the hammer with your thumb or trigger finger. Again, the amount of slack varies widely from one handgun to another, so check your owner's manual for instructions on how far back to pull it before releasing it to fire. 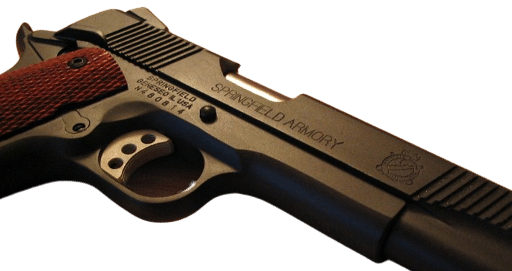 Aim at your target and begin squeezing the trigger slowly until you feel resistance. Then stop applying pressure until you feel further resistance before continuing to squeeze until the gun fires. Release pressure immediately after firing to avoid accidentally pulling off a shot or cycling another round into the battery if you're using a one-hand operation (having both hands on a pistol).

Don't be concerned if your first shot misses the target. You will be shooting like a pro with all of the information above and consistent practice.

When it comes to shooting 1911 45 ACP, you need to practice. Shooting a 1911 45 ACP is different than shooting any other gun. First, you have to get used to the recoil and how it feels in your hand. 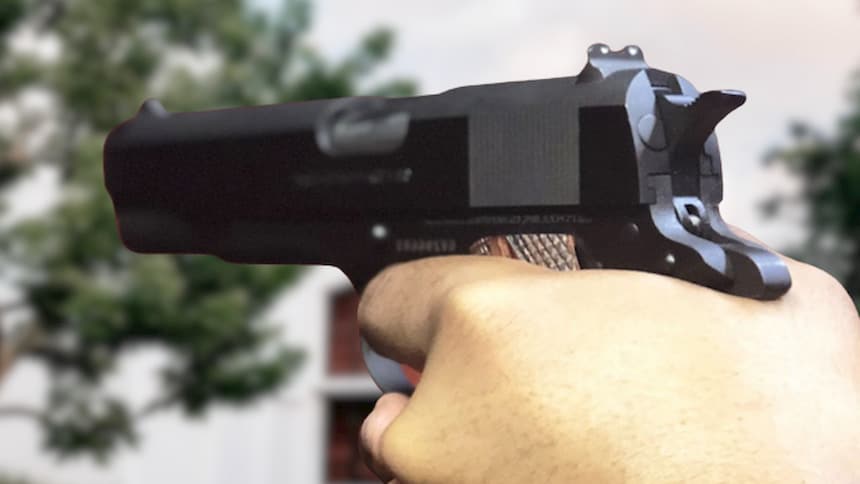 The next thing is getting an accurate load. Most professional users prefer using either a 230-grain bullet or a 200-grain bullet at around 855 feet per second (fps). Both of these loads work great for home-defense and target shooting purposes. For more power, try using 230-grain bullets at around 800 fps or even hotter if possible! This will give you more power but remember that more power does not always mean better accuracy.

Yes! The 1911 45 ACP is accurate and has an amazing range for such a small caliber round. Of course, 1911 was designed to be used as a self-defense weapon, so it's not meant for long-distance target shooting or competition—but it will hold its own if you want to train for self-defense or target shooting events.

The effective range of any gun depends on many factors, including barrel length, the weight of the bullet, type of sights, and even how steady your hands are when you shoot. With that said, I would say that most shooters can expect to hit their target at between 50-75 yards with their 1911 45 ACP handgun. However, if you're trying to hit something farther away than 75 yards, perhaps it's time to consider getting better optics on your gun!

A 45 ACP is one of the most powerful handgun cartridges globally. It delivers a punch that can take your breath away. The recoil is significant but not unmanageable with a quality gun and proper grip. However, the muzzle blast is also pretty substantial, so you will want to make sure that you wear hearing protection when shooting this gun.

As seen above, the shooting of 1911 pistol was not as complicated as most people believe. It's a very decent gun for amateurs and beginners. However, it's also not like a 22LR either. It's somewhere in between — and that's why most people take up shooting 1911s.