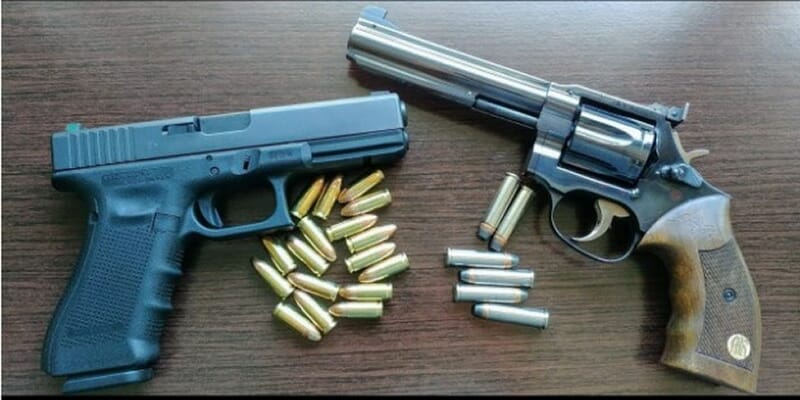 When looking at the pistol versus revolver, both guns have advantages and disadvantages. Deciding over a revolver or semi-automatic pistol can be challenging for any first-time gun buyer. If you choose to carry or transport revolvers, you may have a harder time due to their size and weight. Nevertheless, you can always check those out here.

Pistols, on the other hand, like the ones we reviewed here, are far more friendlier to carry, making this type of handgun a much better choice if you're solely looking for a concealed carry weapon. This read includes the best handguns for beginners, while women should check out this article.

Revolvers vs semi-automatic pistols will forever go down as a debate as to which is better. We also covered pistol vs handgun topic.

But we're here to clear things up a bit so you have an easier time finding the right gun for your needs. We'll help you make the right decision so you're happy with your purchase.

Which Is Better: Pistol or Revolver?

Which should you buy, a revolver or pistol? This is a question that almost every gun owner asks at one point or another, and for good reason. There are clear differences between the two that need to be considered.
If you want simplicity, a revolver will serve you well. A revolver is indeed very simple, incredibly dependable, and you can find them in everything from a .22 caliber to a 500 magnum.
For both sport and defense, you can't go wrong with a revolver. Revolvers take the least amount of training to use and learn. They are incredibly safe when compared to the litany of other gun choices. For that reason,  you can also take a look at our Smith and Wesson Model 69 review. 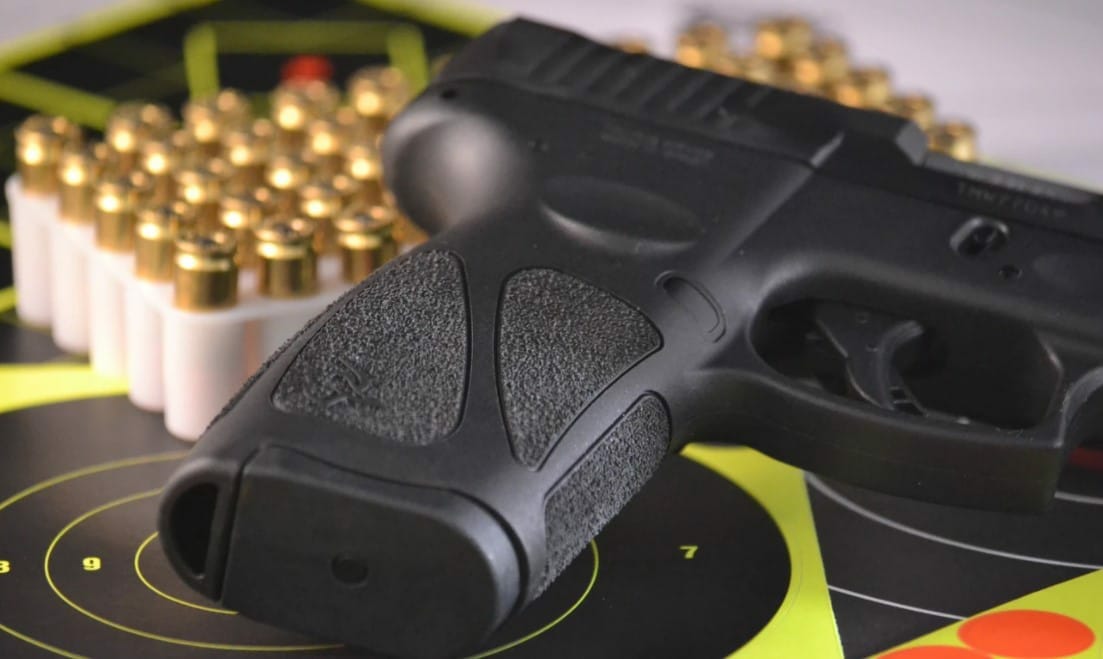 If the hammer is down on a modern revolver, it is very unlikely that it will be discharged negligently. This is because of the modern firing pin. This serves to block the gun from going off if it is accidentally dropped. We collected the reviews of the best single action revolvers for you in this additional post.

Semi-automatic pistols, on the other hand, can be far more complicated. They come in a wide variety of choices in both their style and caliber. However, the wide variety of choices allows for far more options for all types of shooting. Also, they are much more convenient for a concealed pocket carry (see 'Ruger Security 9') as you can see in our review here.

What's more, semi-auto pistols are ideal for self-defense. Their smaller, lightweight frame makes them easy to carry on your person in all kinds of situations. If you need a gun for home defense or self-defense, you will appreciate what pistols bring to the table. In addition, if you are still not sure whether to buy a 9mm handgun or a 10mm pistol check out the ones we reviewed in this informational read, or follow this link.

Furthermore, semi-auto pistols offer a larger capacity to work with. Whereas revolvers are limited to a smaller amount of rounds, you can get pistols as high as 20-round magazines.

Why Choose a Revolver Over a Pistol? 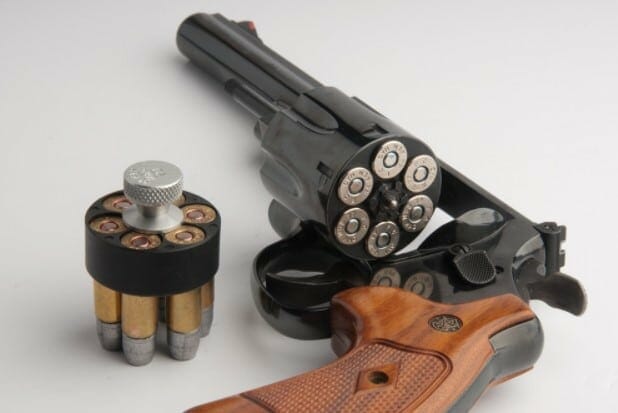 While there are certainly pros and cons to both, many people prefer revolvers due to their ease of operation and reliability. A double-action wheel gun is easily one of the easiest guns to operate. You just have to make sure that the bullets are in the gun, point the muzzle at your target, and squeeze the trigger.

In a self-defense situation, that kind of simplicity can make all the difference in the world.

If you've never shot a revolver, you'll be impressed by how reliable they are.

The design of a revolver makes it a gun that fires reliably even after several years of use. What's more. you never have to worry about the gun jamming or leaving you defenseless.

Revolver reliability is still the most positive argument for the gun today. Modern revolvers are without question some of the most reliable guns that you can purchase. However, modern semi-automatic pistols are just as reliable.

Jammed rounds in semi-auto pistols are a thing of the past if you buy a high-quality pistol. And the fact that pistols are excellent personal protection weapons certainly gives them an edge.

Are Revolvers More Reliable Than Pistols?

The fact that revolvers don't jam may indeed make them a better choice. A shooter with a reliable gun is a happy shooter. You don't have to worry about a round getting jammed and therefore don't have to fear being caught off guard in a gunfight.

One of the single most important aspects when you shoot a gun is its accuracy and reliability. The hammer on revolvers is a well-made component that ensures consistent firing every time. You know you have a quality gun when it fires every time you shoot it. On a related note see also the post we shared on how often to clean your firearm.

Which Is Safer: Pistol or Revolver?

There's no arguing that gun safety often comes down to the shooter. The first thing you want to do before firing any gun is to get ample training. When you feel comfortable with it, you will be far more safer.

However, the safety of revolvers makes them great choices for beginner shooters learning to find their footing. In any given situation, a revolver's simplicity makes it a force to be reckoned with.

Regardless of the calibers you choose, you can trust a revolver to not misfire when shooting it. With that being said, you want to be mindful of the barrel length.

A revolver with a longer barrel may pose problems for beginners due to the added weight and size. As such, you want to pay careful attention to the barrel before making your investment. A weapon that is comfortable will ensure far greater safety for the shooter.

Since capacity isn't a big issue among revolvers, you don't have to worry about dealing with extra ammunition. The only thing you need to watch for is the size of the cylinder. If it holds more rounds of ammunition, the cylinder may be too big for you to comfortably carry and handle.

With all of that being said, many people would rather own a pistol due to their convenience. Instead of loading ammunition into a cylinder, you simply insert a magazine into the pistol. For a lot of shooters, this is much easier to manage.

While it's true that there is more room for a malfunction, some people would rather enjoy the convenience of a pistol than deal with a clunky revolver. Still, once you have gotten used to a revolver and its cylinder, it's hard to dismiss its trustworthy performance.

Revolvers vs. Pistols for Self Defense 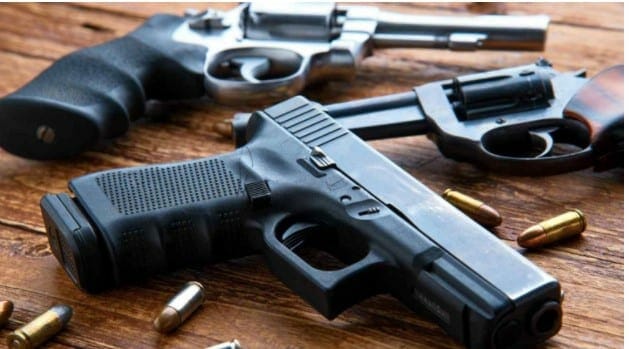 Semi-autos are popular due to their ease of handling. Shooters don't have to worry about the recoil found in revolvers. Some recoil is always present in a semi-auto pistol, but nothing like what you get in a revolver.

And with shooting, a revolver can be very hard on the hands. Semi-autos are notoriously comfortable to shoot, especially in a lower caliber. This makes them a clear winner for many shooters. When you look at the revolver vs semi-auto pistols. it's certainly understandable why pistols often get the nod. Also, each activity has its safety equipment, and shooting is no different - the surroundings will determine the hearing protection worn in this activity.

Unlike a wheel gun like a 38 special, semi-auto features a far more comfortable trigger pull. When you pull the trigger on a revolver, it can take a lot of force to do so. Pulling the trigger on a semi-auto pistol is far easier on the fingers.

Although you do have to rack the slide, many beginners prefer this action over the trigger pull of a double-action revolver. Even with a 357 Magnum, you needn't worry about pain in the hands like you do on some revolvers.

Trigger pulls aside, the hammer on revolvers can also pose issues for shooters. And when you're carrying a concealed weapon, you want the fastest response possible. People want to know that they can fire a shot quickly in the face of danger. A semi-auto pistol provides this peace of mind.

When you shoot a pistol in a hurry, you can count on it doing so quickly. The only thing you may have to worry about is jamming. So as you can see, there are certainly pros and cons to both guns. The better you feel comfortable with one will make a big difference in the end result.

If you don't mind a heavier gun, a revolver's reliability can't be beaten. Handguns that are lighter in weight, however, are still preferred by people carrying concealed handguns.

For that, a semi-auto is going to be the clear winner of revolver vs semi-auto pistol. If you can get past the occasional trigger pull learning curve, you will find that pistols offer a much wider variety of options to choose from.

The biggest deal-breaker for many people is the capacity offered. Revolvers are very limited, whereas pistols offer a much wider variety. In the end, it's important to consider your circumstances and your need for a gun. This will make it much easier to find the right one for your needs.