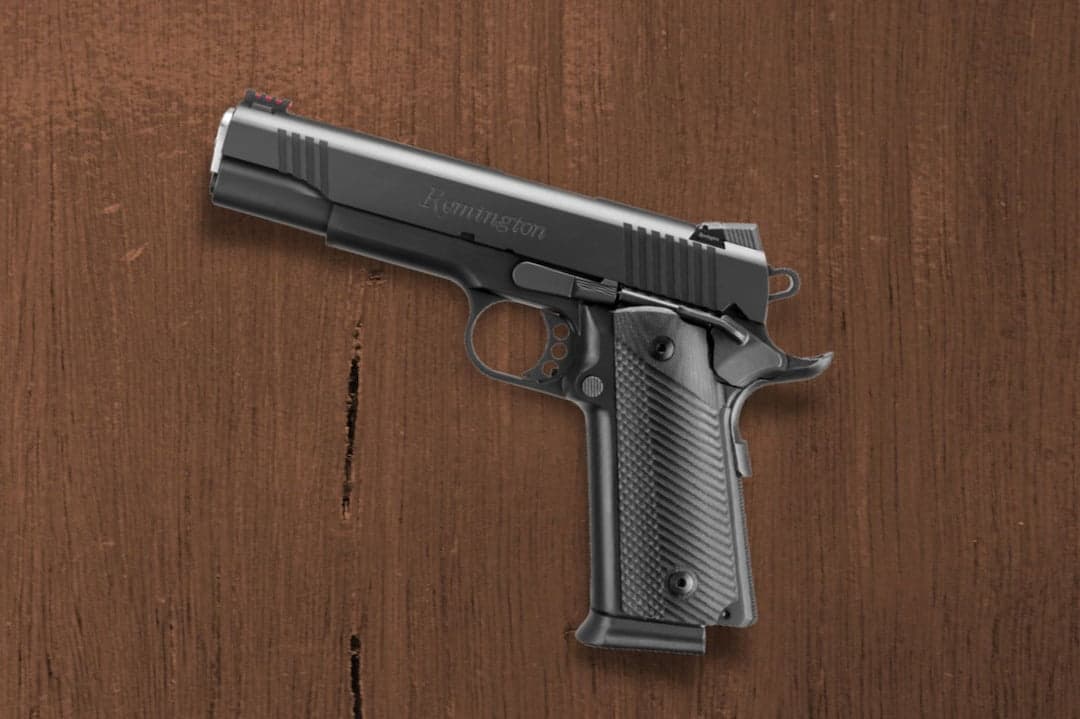 Remington is a trusted gun brand that the armed forces have used for a long while. In the past decade, they've introduced new R1 handguns, with features of the original model, only better. Our review today has the Enhanced Double Stack Remington 1911 45 ACP in mind.

You'll see more about this gun in this Remington R1 double-stack review. Its features, initial impressions, specs, pros, problems, and more. What did our trial and experience show? Here's all about it. 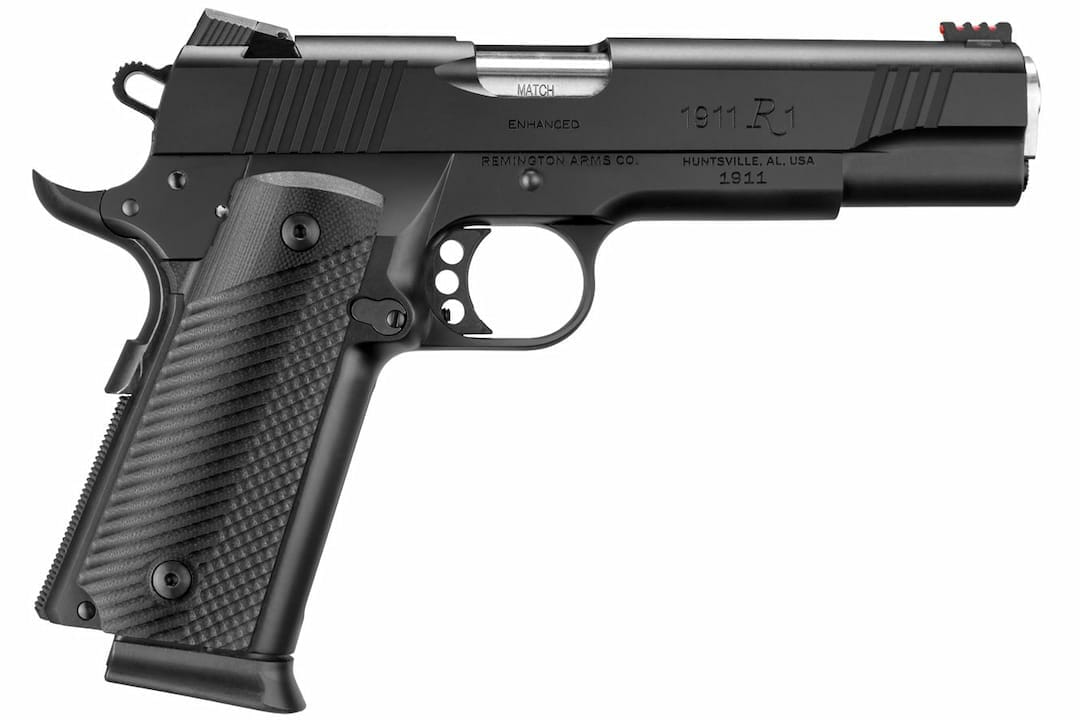 Remington 1911 has remained relevant 100 years-plus later. It has survived years of technological advancements and still shows prowess even today. We've had the chance to touch the earlier version, which is okay but not super, like the current model.

Remington Arms produced these pistols between 1911-1919 after the world war. 1911 in its name came from the initial year when it started manufacturing them.

They had tremendous success because of the gun's popularity among hand gunners. Soon they offered variations of the 1911 R1, with each variation more advanced than the initial model. 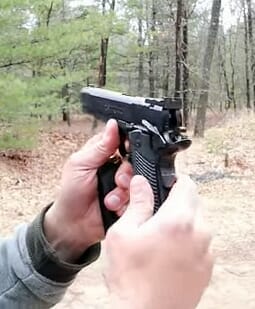 The Remington 1911 R1 version has an adjustable rear sight, and the front sight is red fiber optic. Anyone who finds the modern three-dot system in guns not suitable will love them because they help you look over the suppressor.

It has a Beavertail grip safety. Regarding grip safety, the grip comes with a checkered memory bump and a beveled trigger guard.

For customization fanatics like myself, the R1 comes with an ambidextrous safety cut and thumb grove to help mitigate recoil. Further customization is possible.

It comes with two 15+1-round magazines. I liked the two bumper pads that it comes with, which augment the magazine surface, making it easier for speed handling with precision shoots. It made loading the mags easy.

Features PVD finishes with G10 VZ grips for durability and an excellent non abrasive shooting experience. It also has a lowered ejection port to allow easy ejection and emptying. 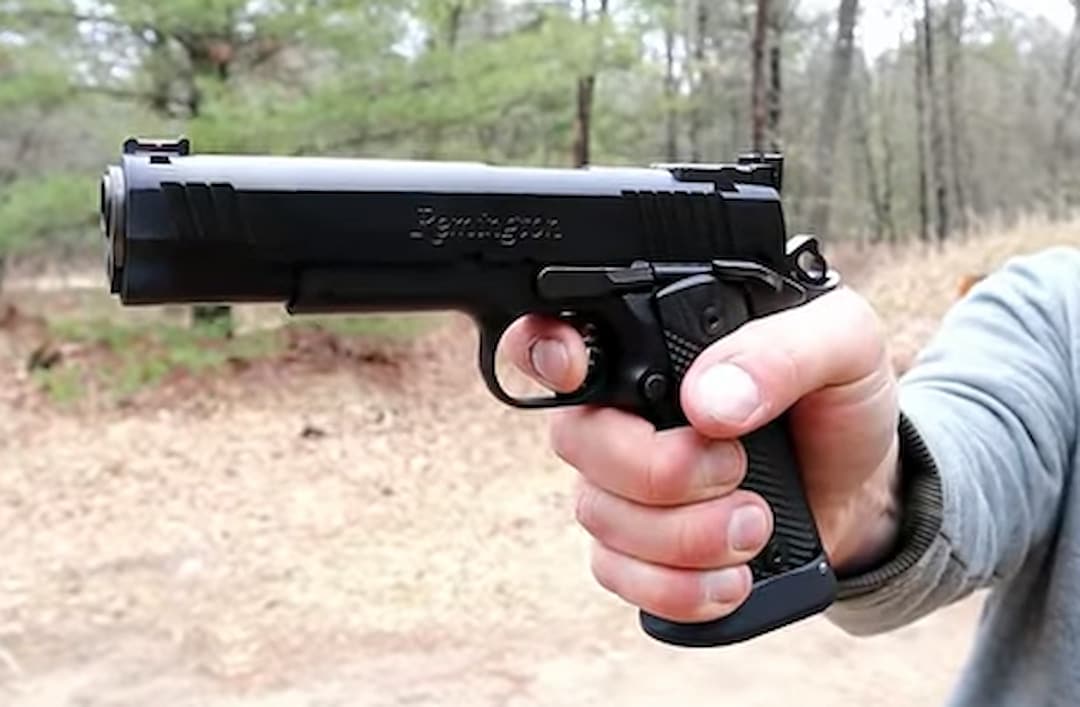 The pros and cons of the Remington R1 include:

The Remington R1 is a good gun. It's tight and accurate. While shooting, it felt heavy, but that can come in handy for gunners who like that solid feeling when they grip a gun. The weight also minimizes the recoil. However, its girth makes it hard to carry concealed, especially when I added a suppressor. It became heavier and harder to carry concealed.

In 1k rounds, the shots run smoothly. Using different ammo, I realized the R1 was choosy, but it jumped with other brands of ammo. After a few hundred rounds, the slide and trigger loosened a bit but didn't malfunction with hardball ammo.

I liked the lower velocity of the 45 ACP, which suppressed nicely. It removes the fast crack that is related to faster calibers. It also significantly reduces noise and muzzle flip. However, finding an R1 holster with an attached suppressor took some work.

Is Double Stack 1911 Reliable? Problems We Experienced With the Handgun 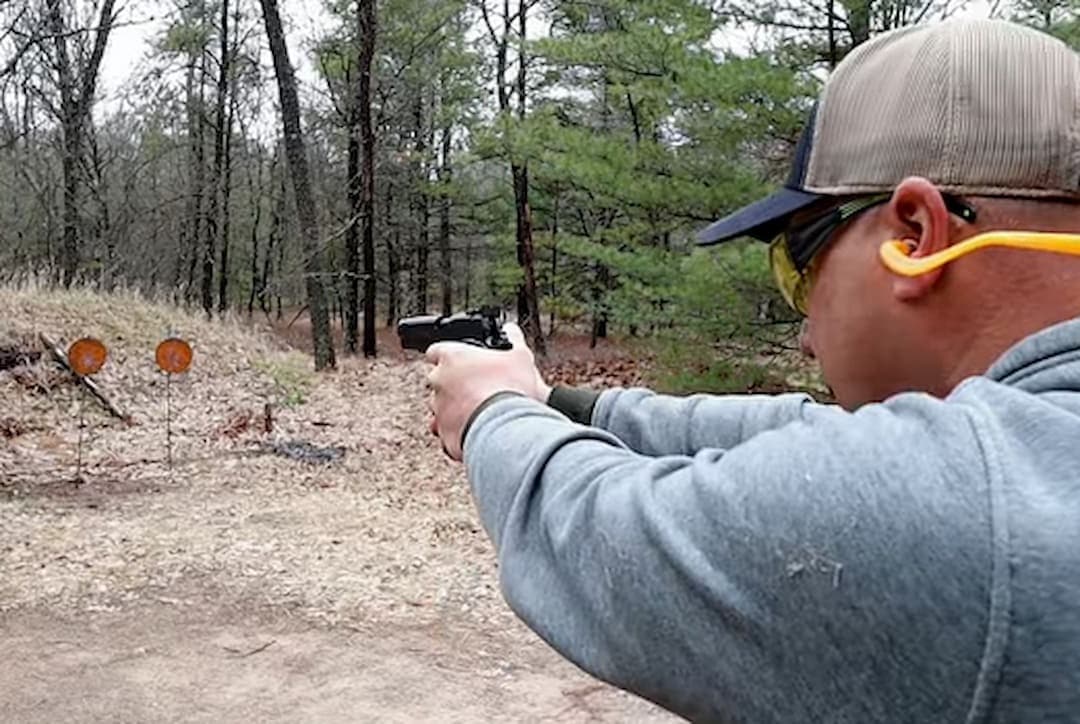 The gun is reliable while shooting. Within 20 yards, I could keep the shots under two inches. But it is picky with ammunition brands. It's capable of more fantastic ammo groups, but it settled for good on the handball ammo.

The second was its value. It's compatible with OEM magazines but not other aftermarket upgrades or changes.

There are several accessories and upgrades to enhance the R1. The ones we liked are the following.

Consider a suppressed R1 pistol holster. There are a few options out there. I went for a custom-made holster because the vast options available don't require a fixed light on board—just the plain R1.

The second is the earplugs. These will help during your shooting time. Consider the comfortable and easy-to-put-on ones because this gun is loud without a suppressor. 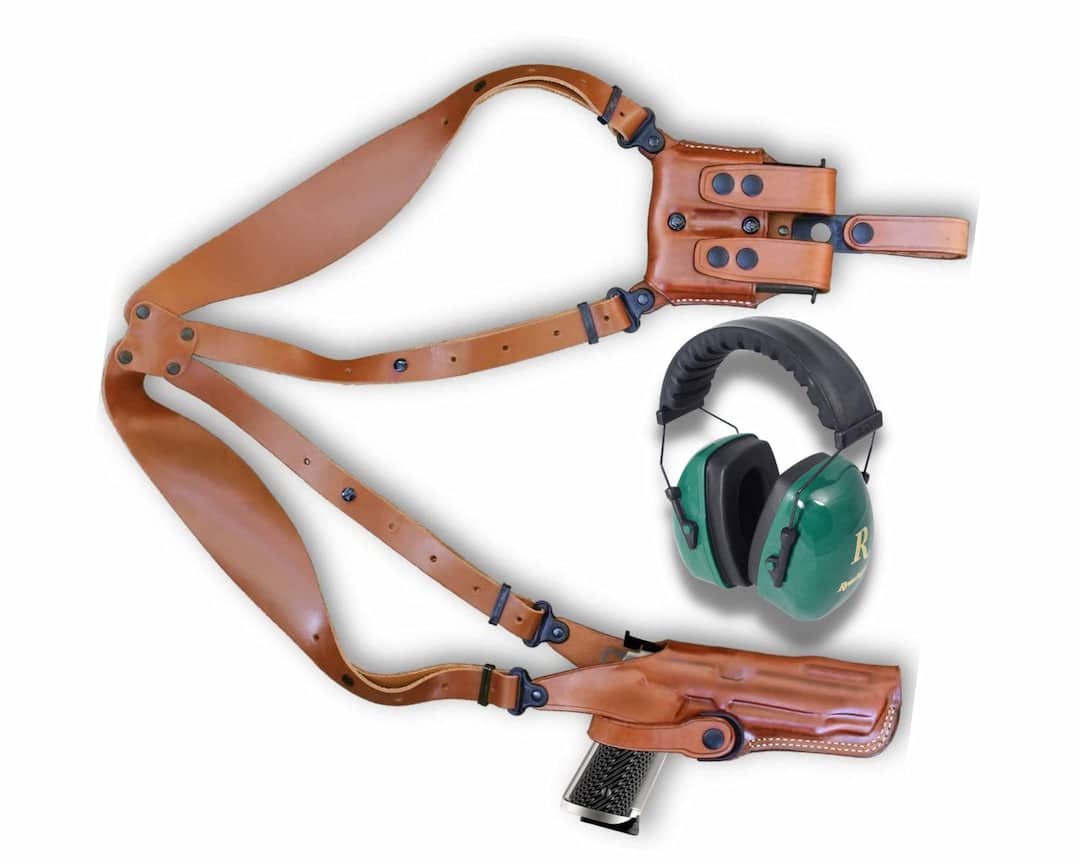 Last is the night sights. I went for ones requiring no switches or batteries and are always ready when I need them.

Remington r1 differs from traditional designs in terms of comfort and hand fit. The R1 has a unique tapered magazine with a bottom pad, while other conventional techniques have more angular grip frames. Both are good for shooting. But the base pad of the R1 needs more room to carry.

The R1 features front and back strap checkering, while the traditional designs only have the front ones. The grip of the R1 fits well because the thin G10 grips complement the fat frame.

Does Remington Make a Double-Stack 1911?

The firearm is a dominant force for the owner's protection. The gun has a sure handle secured by its 20 LPI checkered Beavertail grip safety and a flat mainspring housing. It also has a fiber-optic front sight and a 2-dots rear sight. It also features a trigger with extended performance for over-travel.

The Glock is more straightforward to handle than the R1 1911. Glock is ideal when transitioning from double-action revolvers. Its corrosion resistance is more than in the 1911s. But they are both excellent guns.

R1 1911 is more accurate than the Glock. Its stock trigger has a consistent creep that works better during precision shoots than in Glock. But both triggers are okay for close-quarter shoots, exactly what anyone needs for self or home defense.

With the designer-recommended ammo, it rarely jams. The designer recommended ammo for 1911 is hardball ammo. However, with other modern truncated cone ammunition, it might throw in some jams.

The Remington r1 is a Series 80. But the modern-era Ruger is in the series 70, which differs from 1911's 80 in the firing pin and hammer shelves. Also, the firing block safety varies, too.