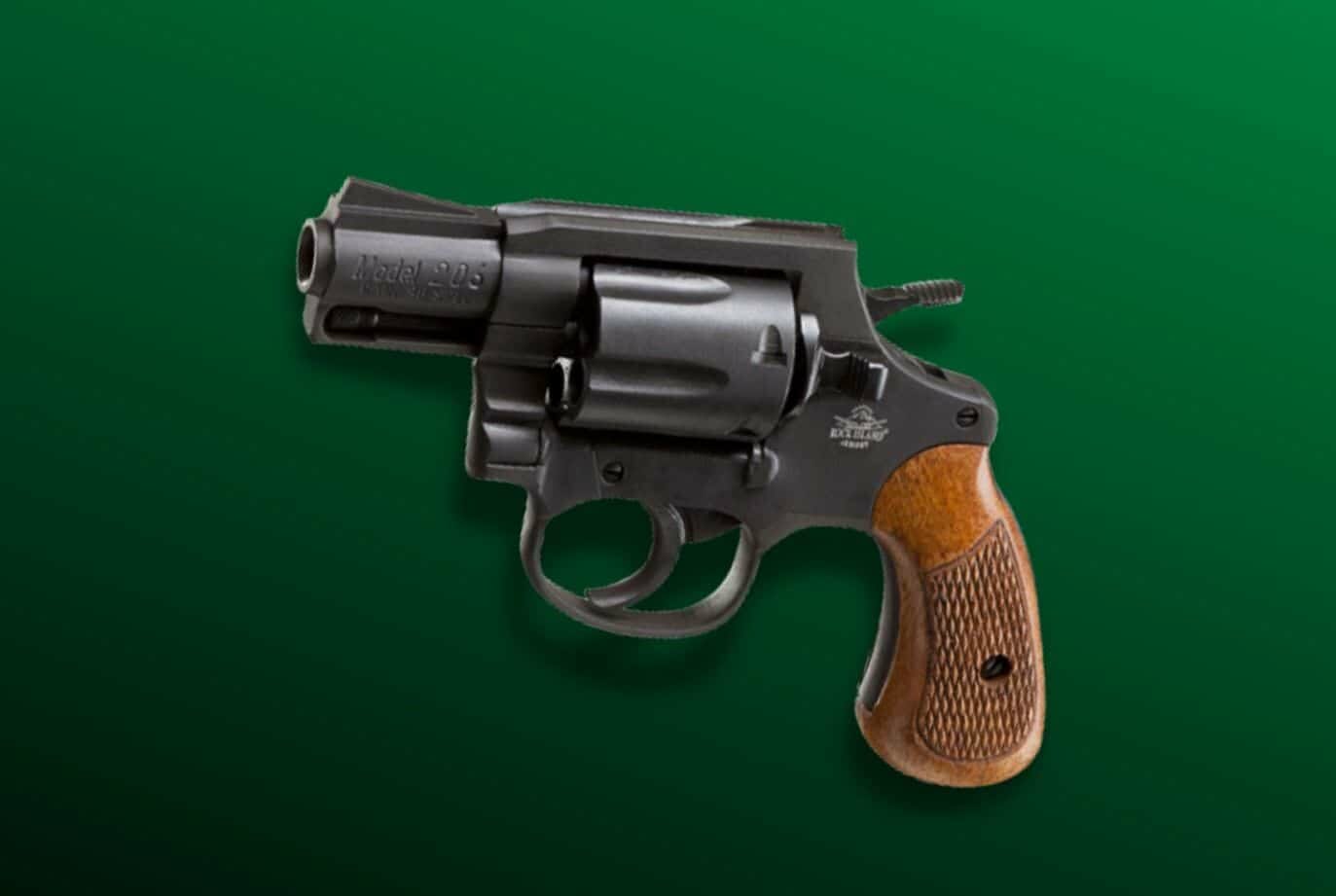 For anyone who wants a budget-friendly, smooth-shooting revolver (that doesn't feel like pulling a block of concrete across a rough surface when shooting), the RI M206 is worth a closer look.

The gun is ideal for concealed carry, self and home defense, and even as a truck gun. In this review, you'll see the M206 revolver's features, a review of handling and accuracy, and more. So are Rock Island Armory Guns any good? Let's find out in this Rock Island M206 review.

We were searching for a price-friendly (below $500), handy, simple-to-operate, and reliable defensive revolver. Just as we were on the verge of giving up, we landed on the RIA M206  revolver. 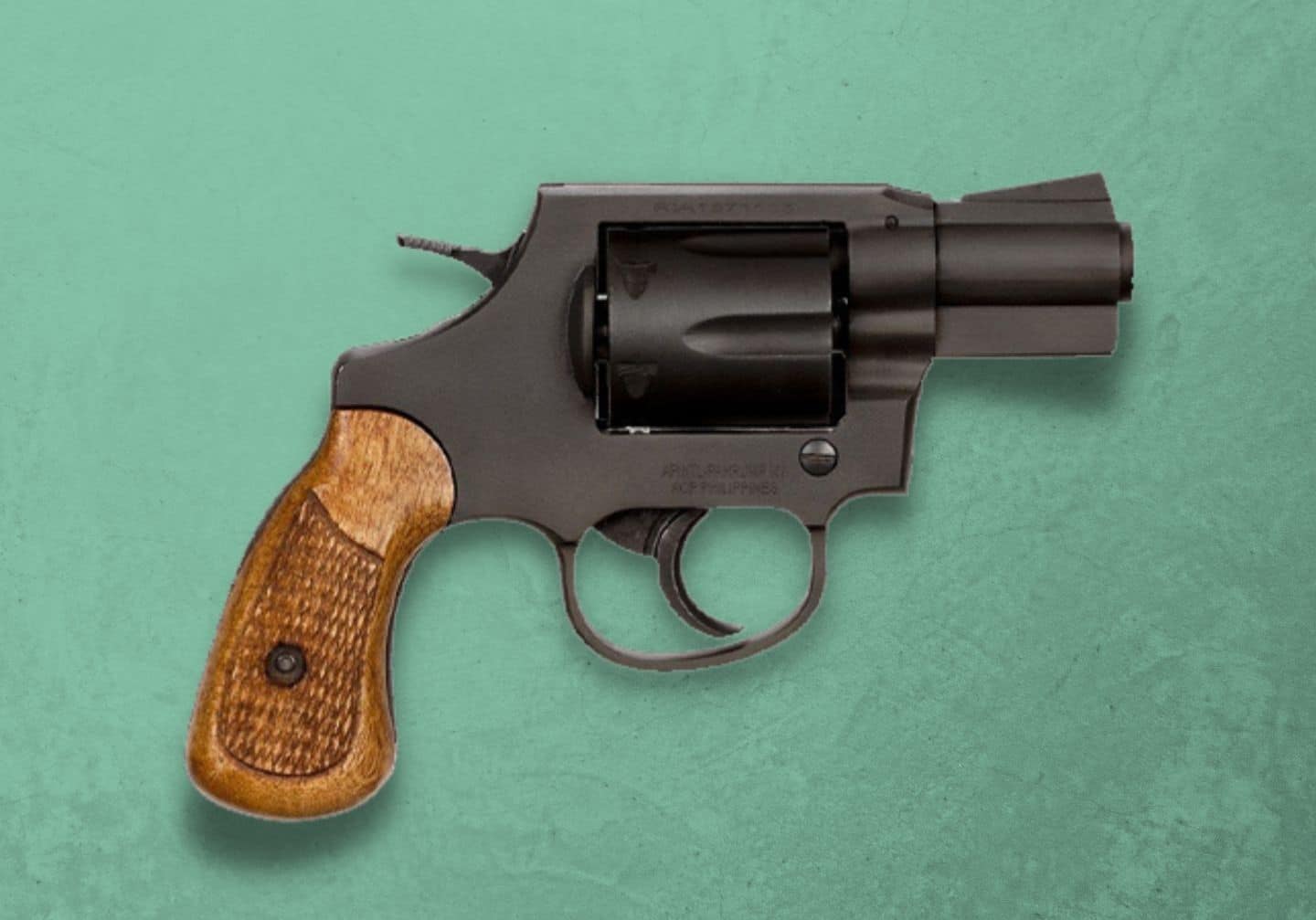 The aesthetics aren't that heartening, but the features, handling, accuracy, and concealed carry features won us over. Have a look at the RIA M206 features below.

The M206 configurations displayed a mixture of different influences, which made handling seamless, as you'll see in a few. The gun's frame, six-shot steel revolvers, cylinder, old-fashioned compact checkered Hardwood sights, compact wood grip, and pull-back cylinder release are like those of the colt detective special and charter arms.

It also has a shroud-squared ejector rod. The ejector shroud, seemingly borrowed from Charter Arms, is fully encased and burrowed in the down position for safety. And the 2-inch pinned-to-the-frame barrel has a beautiful crown.

The sights are typical snub nose revolver sights. First, it has a fixed front sight. Then you have a unit cut on top of the revolver to the back, making the rear sight. These sights made accuracy easy to achieve.

This gun has a spade-shaped hammer that is low-mounted. The hammer spurred this gun's double action. For starters, a double action trigger moves back when you pull them forth. That was unique, unlike any new modernized hammer we've seen so far.

Finally, the gun came with an in-built wooden grip and extra plastic grips, which I liked. But using a speed loader with the plastic grip made it rough because you could feel it rubbing on the frame.

The gun has a nickel Parkerized finish which is relatively attractive. But for revolver fans with an aesthetic eye, the M206 revolver sacrifices the outward appearance to save on final cost. You could see a little line gap where the trigger guard and the frame match up. I was not too fond of the tool grinder marks on the cylinder and barrel. But did they cause any malfunction in the gun? No, they didn't.

I liked the smooth-faced, deeply-curved trigger housed in the gun's rounded trigger guard. It's safe when the gun bumps or drops because it doesn't fire.

Review of Handling the M2O6

Budget-friendly revolvers often leave users feeling jaded with handling and usage. But not the M206's handling.

The cylinder release dropped smoothly without crunching in the ejector or the yoke. That's because it has no grit and the cylinder requires a modest pressure to push it out and inside the frame. 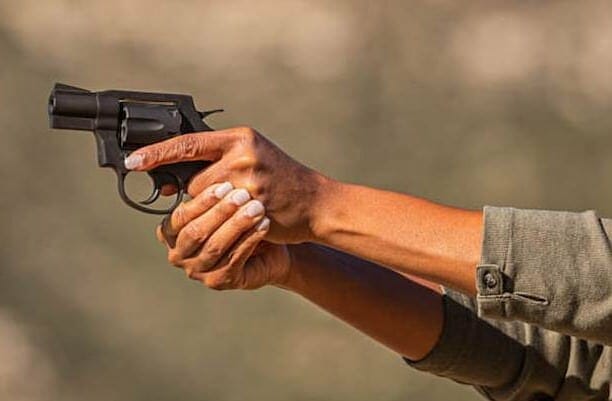 Talking of the ejector, it moved back and forth effortlessly and snapped back in place easily when released. After shooting all six rounds, you only need a single stroke on the gun's ejector rod. The stroke emptied all the spent ammo cartridge cases. 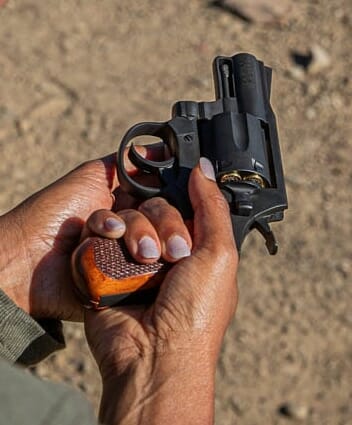 On the double-action trigger cycle, the trigger press was tractable. I found it handy for accuracy in the usual personal defense range.

Its fast reset allowed fast and accurate shoots in all the test ammunition loaded and fired.

At 5-7 yards, placing its front sight in the x-ring of my human-sized object, I make center hits often. And during these shoots, I realized the revolver worked well with 110-125 grain defense ammo.

What Frame Is an RI 38 Special?

The RI Armory M206 38 Special is a compact revolver. It comes in different variants offering different features. But the one we have reviewed has Parkerized and nickel finishes on the frame. And the frame is made of a steel alloy.

Where Are RI M206 Revolvers Made?

The RI M206 revolvers are made in Marikina, Philippines. It's part of the Rock Island Armory 1911 series of semi-auto pistols by Armscor. This gun's distributor in the U.S. is Armscor USA, whose principal office is in Pahrump, Nevada.

Why Is 38 Special So Popular?

The 38 model 206 is popular because of its features; it has a manageable recoil, and its weight is ideal for concealment. Also, the gun is different from other budget-friendly revolvers because it's more reliable and efficient in handling. They also offer the gun with a limited lifetime warranty.

Is 38 Special Enough for Self-Defense with the M206?

Yes, the 38 SPL bullet is enough for self-defense with the M206. That's because it's medium size and has a medium velocity, making it fit well with small guns. It's effective for personal defense, but you must be keen on selecting the ammo and placing it because the M206 has a short barrel length.

What Kicks Harder, 9MM or 38 Special?

The 9-mm kicks are more formidable than the M206 38 SPL. The 38 SPL has lower recoil than a 9-mm gun like the Luger 9mm. But both the guns have lower cartridge recoil than the 40 S&W.

The 357 has more power than the 38 special. 357 offers more energy, muzzle velocity, and terminal ballistics. That is why it is more potent than the M206.