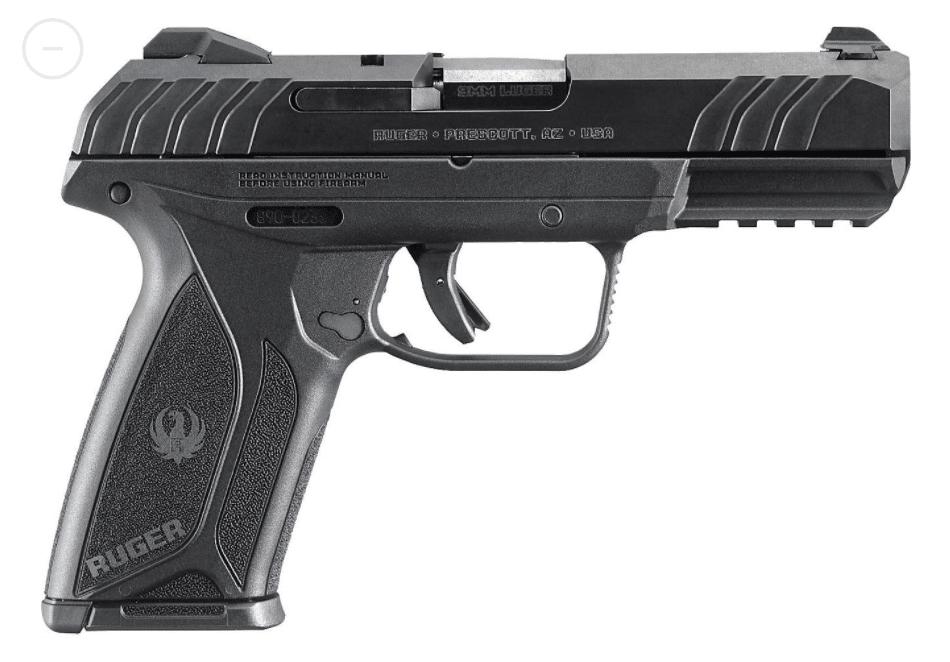 I got excited when I heard Ruger made an affordable alternative to the Glock 19. Both handguns are very high in quality, but does Ruger deliver the same accuracy and reliability that made the Glock 19 so famous? I spent plenty of time with both, so join me as I share my findings.

I can honestly say that the Security 9 sports some features that I like better than the Glock 19. But are they enough to make the Ruger Security 19 a worthy investment? Let’s read on to find out!

Why Buy a Security 9?

And more specifically, why buy a Security 9 if you already own a Glock 19? I’ll ultimately answer both questions, but first, let’s discuss the specs of the Security 9 and compare them to the Glock 19’s.

As you can see, both handguns are very similar. The only real difference that stands out is the action. The Security 9 features a hammer-fired system, which may prove to be easier for some people to manage.

During my testing, I discovered that the slide doesn’t take as much effort to rack on the Security 9 compared to the Glock 19. What’s more, the recoil isn’t quite as stiff as that of the Glock, making it a great choice for beginners or users with hand trouble.

As someone with arthritis, I tend to struggle with guns like the Glock 19, whereas the Sec-9 didn’t give me much trouble. Both pistols are well served as concealed carries (see the best concealed carries here). However, I have to note that the grip on the Security 9 is noticeably thinner than Glock’s. 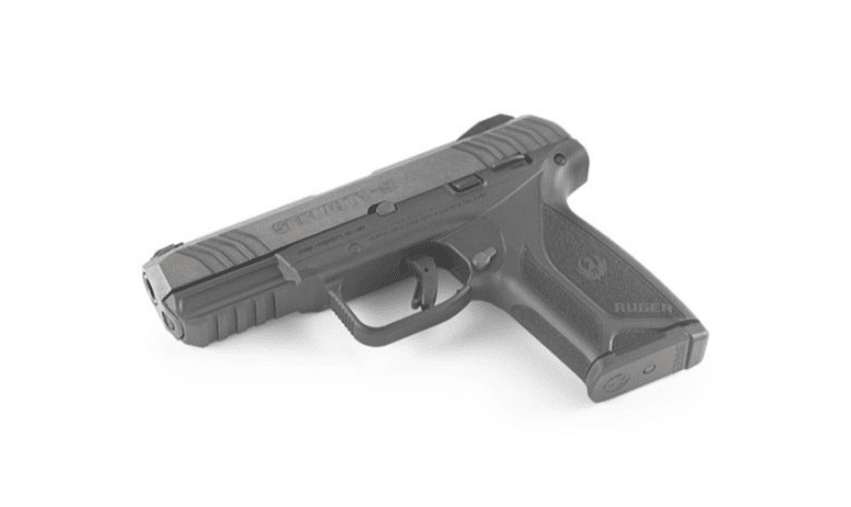 As such, users with smaller hands (see top choices for women) will likely gravitate toward Ruger’s 9mm. It’s comfortable to hold and a breeze to operate, even for someone like me who has larger hands. If you’re just getting started and want a quality handgun, I think you’ll be happy with the Security 19.

Perhaps the biggest difference I found when compared to the Glock 19 is the price. The cost of Ruger’s Security 9 is significantly less than what you would pay for a Glock 19. And considering that both pistols are pretty much identical in form and function, it really comes down to what’s currently in your gun cabinet.

Bottom line; the Security 9 is a solid choice for anyone looking for a dependable 9mm handgun. If you already own a Glock 19, it’s hard to justify buying a Sec-9 on top of it unless you need a pistol that’s slightly easier to handle and has better comfort.

Of course, comfort only gets you so far. A gun needs to provide a worthy shooting experience if it wants to stand a chance with consumers. During my time spent with the Sec-9, there were a couple of things that stood out to me.

For one, I found Ruger’s pistol to be remarkably accurate. Additionally, the trigger guard is considerably more comfortable than the one on the Glock 19. This alone makes a big difference in how the Sec-9 shoots – at least, it does for me. 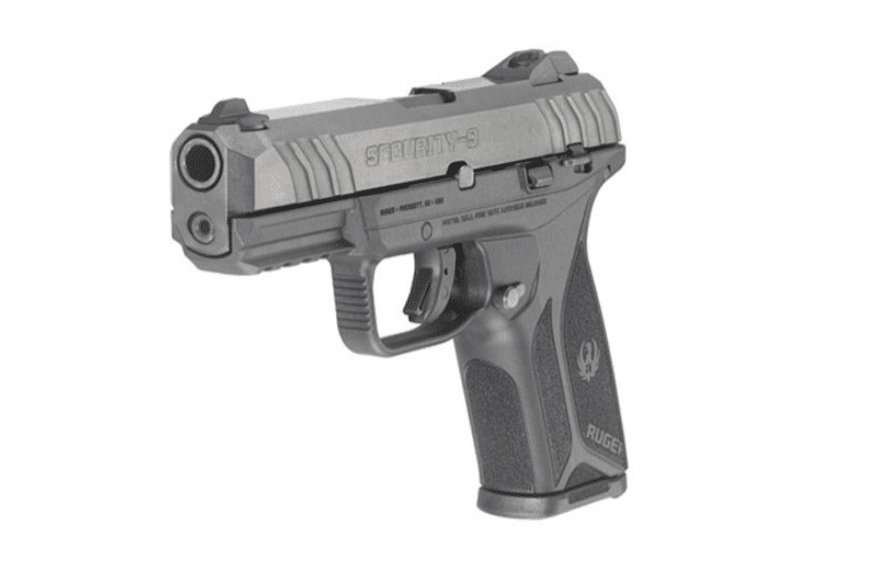 The recoil also stood out, as it was slightly more noticeable than other 9mm pistols, like the G19. It’s certainly tolerable, but I could tell that it was different. Still, as someone with hand trouble, the recoil wasn’t enough to affect my shooting. All in all, it’s very comfortable to fire and hits its targets with precision.

As you can see from the comparison table above, the trigger pull is around 5 pounds. I found this to be a great range for a gun of this size. The action is smooth and very much like its cousin, the Ruger LCP II.

Furthermore, the trigger reach and location of the controls are very well placed. I would imagine just about anyone could get acclimated to the Security 9 in no time at all. It’s a properly designed pistol through and through.

The Security 9 makes use of Ruger’s tried-and-true Secure Action system – the same one found in the popular LCP II. The end result is a soft and crisp trigger that doesn’t require a lot of pressure, which is great news for my hands.

But rather than a striker-fired system, the Ruger Security 9 uses a shrouded internal hammer-fired system. As I mentioned a moment ago, this is a boon for anyone looking for an easier pistol to wield, as the racking action is much friendlier to the user. 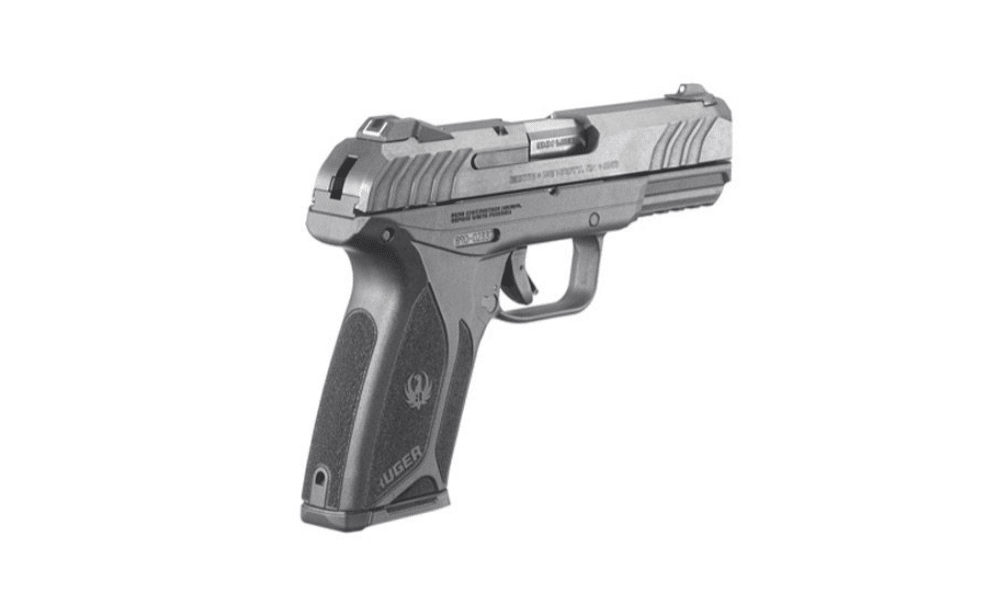 It’s also double-action-only. So for safety, Ruger equipped the Sec-9 with a trigger safety and a manual thumb safety. There’s also a recessed hammer catch that serves to keep the gun from firing unless you have the trigger pressed in.

In addition, the rearward slide motion works to keep the hammer partially cocked. So when you pull the trigger, it completes the hammer action and fires the pistol.

This equates to a short trigger pull that feels like it’s a single-action-only. Yet as you read above, this is a double-action-only handgun.

If I had to complain about anything, it would have to be the manual thumb safety. Don’t get me wrong; I’m rather fond of its placement on the pistol. However, it’s incredibly stiff and can give you some trouble when attempting to engage it.

It’s also fairly small, which I imagine plays a role in its stubborn action. I never noticed it getting easier to use as time went on. With some guns, stiff buttons and controls are only temporary and ease up the more you use them. 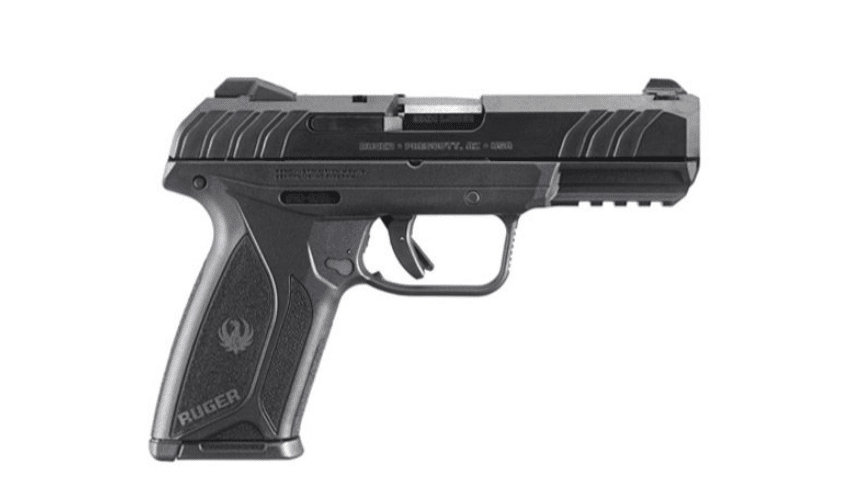 That didn’t seem to be the case with the Security 9. Still, it’s not like it’s impossible to engage; it just requires more strength than what you’d expect from a gun of this size.

The sights are another minor issue I have with the Sec-9. The U-shape may throw off some people, especially those used to 3-dot systems. It can take some getting used to if you’re not familiar with them, but at least it’s serviceable.

To be completely transparent, I’m not a fan of the U-shape rear sight. That said, I didn’t find it to interfere with my accuracy or proficiency with the Security 9. In the end, it just presented a minor annoyance that was easy enough to overcome with time and patience.

The Security 9 is every bit as good as a Glock. And depending on who’s doing the shooting, some will argue that Ruger’s 9mm trumps Glock’s. A lot of it comes down to personal preference. But one area that Glock can’t touch is the budget-friendly price.

If you don’t already own a Glock 19 and want a reliable pistol, the Ruger Security 9 will impress you with its quality and accuracy.