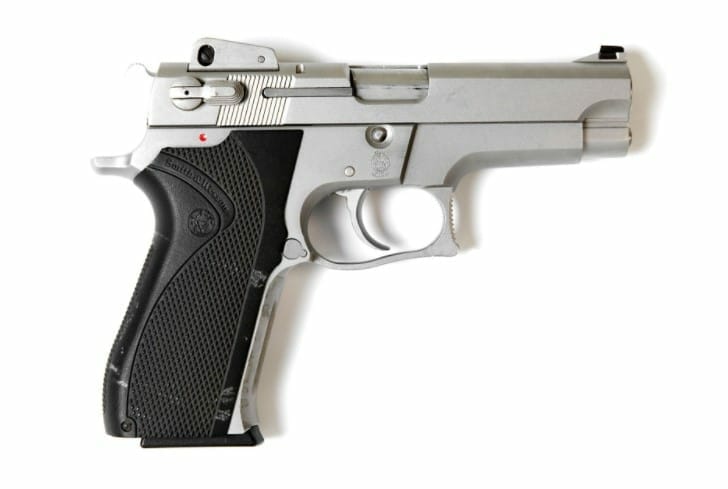 Smith & Wesson's 5906 is a budget-friendly pistol that delivers both quality and affordability. There's a lot to like in this handgun, which I'll uncover throughout this review. Produced throughout the 1980s and '90s, the 5906 9mm pistol is a third-generation semi-automatic that was once favored by law enforcement.

If that doesn't intrigue you, perhaps the heavy double-stack magazine and stainless steel frame will. You might be wondering why law enforcement moved away from these semi-auto pistols. Let's begin by talking about that and move our way into what makes the Smith & Wesson 5906 a continued favorite among firearm owners. Apart from this review, we also give you an insight into other best 9mm handguns, top concealed carry pistols in this article, or the best ones to fit your pocket in this post.

Out With the Old, in With the New

There's no denying that this gun was and is an excellent accurate and combat pistol. It continues to be a very capable handgun all these years later. But back in the latter part of the '80s and throughout the '90s, you would have likely had to pry these pistols out of the hands of officers.

In short, they were highly-favored among law enforcement and served as the weapon of choice for service firearms. However, once the new millennium rolled around, many agencies started to make the transition to Glocks and other similar firearms.

When this happened, the market became seemingly flooded overnight with Smith & Wesson 5906 less recoil semi-auto pistols. They were either sold or traded in for the latest handgun. Since then, however, the 5906 has become less and less popular on the gun market, and not for a lack of appeal.

On the contrary, it is likely because many people recognize what a fine semi-autos pistol Smith & Wesson made and aren't as willing to part with it as those from yesteryear. 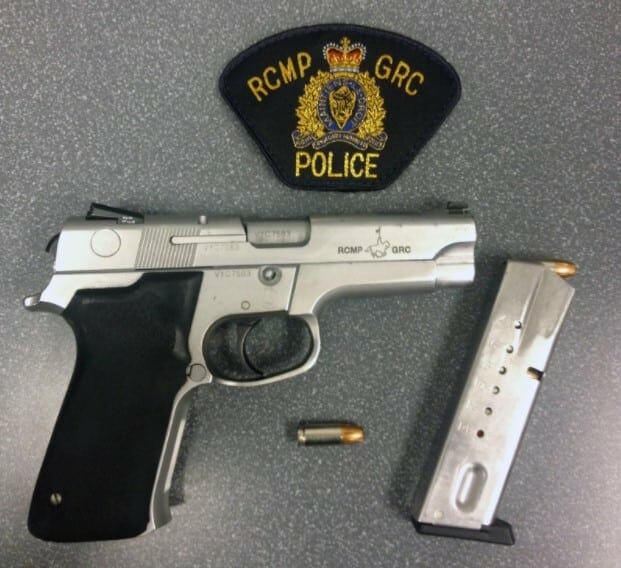 S&W designed these pistols with trigger guards that were square and round. They also had either fixed or adjustable Novak sights. The adjustable sight models are protected by large protrusions that stick out of the slide.

As such, you are likely to see various versions of the 5906 in your quest to find one. It really doesn't make much of a difference what version you end up with, as it all comes down to personal preference. Most later models were equipped with fixed Novak sights and round trigger guards.

An interesting addition to these models is a textured trigger guard. Featuring a checkered pattern along its face, the trigger guard makes it easier and more comfortable to grip with your non-trigger hand.

The front strap is equally well-designed, with vertical grooves that offer even more assistance to your grip. The trigger guard is also nicely undercut, allowing for a grip higher up on the pistol.

Don't be surprised if most of the 5906s that you come across are heavily worn. These handguns often saw a lot of use due to the line of work they were in. 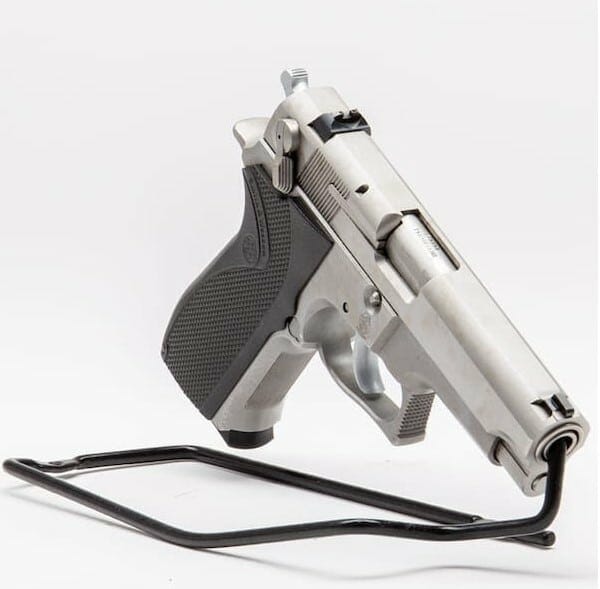 It's important that you understand the different versions that were made. As the last 4-digit guns that Smith & Wesson made, there are both early and late models in the wild. First-generation pistols came with either 59XX or 39XX numbers. Second-generation pistols, on the other hand, included three digits in their model numbers.

The third-generation S&W pistols, which are the 5906s, can be found with blue or stainless steel. You can also find them in either full-size or compact configurations, as well as single-stack or double-stack.

Furthermore, they were available in chamberings of 9mm, .40S&W, .45 ACP, and 10mm. That said, not all of the available variations were made with each chambering. This helps to limit the number of variations to some degree. Still, you may have a hard time finding two 5906 pistols that are exactly alike. 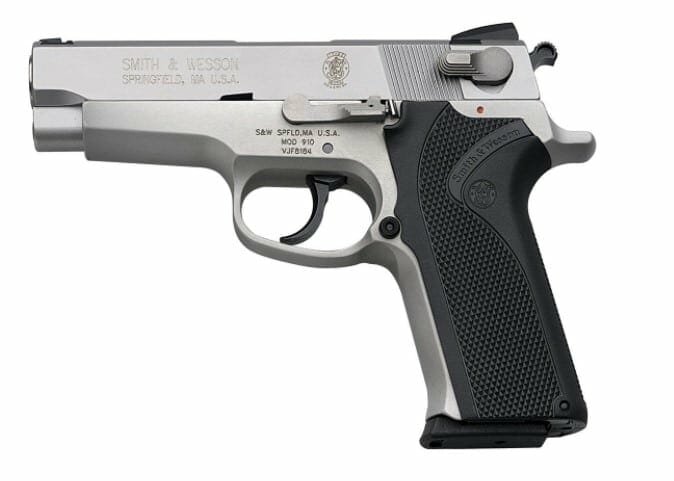 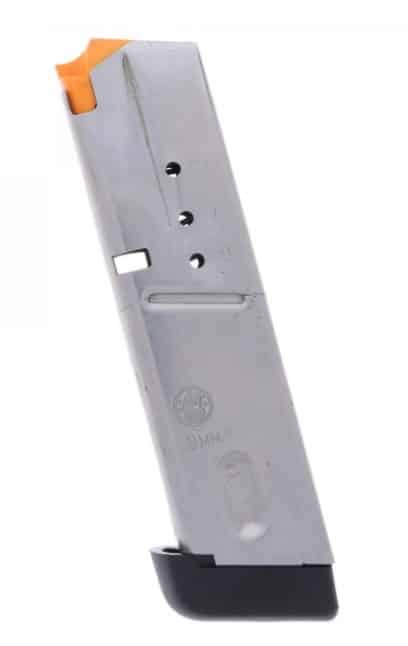 The S&W 5906 supports a 15-round magazine. Because this is a double-stack handgun, it may feel too big for some people. As such, if you're a beginner shooter and you have smaller hands, you may want to steer clear of the 5906 just to be safe.

The thicker grip may cause you some discomfort, not to mention interfere with your shooting ability and safety. It's best to start with a pistol that you are extremely comfortable with.

You want to be able to safely and comfortably grip your weapon at all times.

I can't say that the 5906 will provide this to everyone. If you have large or average-sized hands, however, you shouldn't have anything to worry about.

The 5906 is equipped with a magazine safety, as are most of Smith & Wesson's metal-framed semi-automatic pistols. This means that the handgun won't fire if the magazine is removed. The 5906 was designed this way for a very specific reason.

Nowadays, there is a wide-ranging argument over magazine safeties. The need for them really all depends on the shooter. But it's understandable why some people think all guns should have them, especially if children are around.

All of the safety precautions in the world can't guarantee that an accident won't happen. I guess that's why they're called "accidents," after all. In any event, it's unlikely that you'll find a 5906 out in the wild that doesn't have a safety. 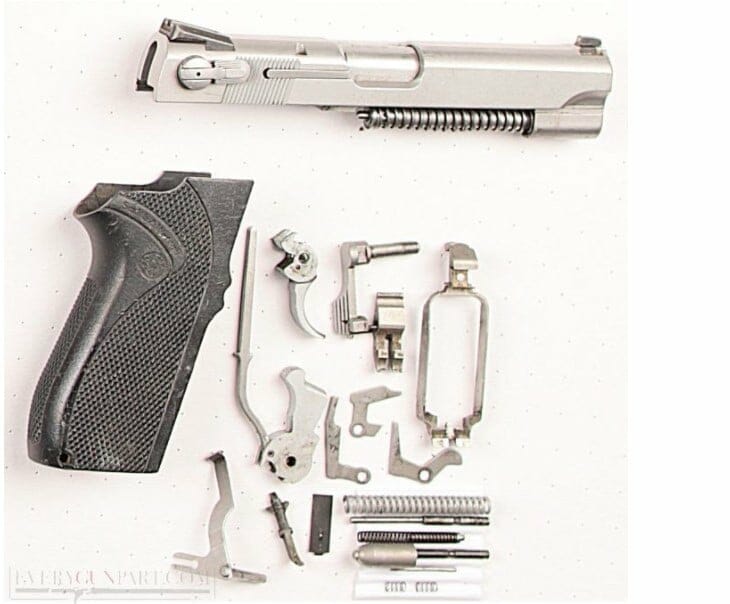 The S&W 5906 is indeed a DA/SA (double-action/single-action) pistol. It comes with an ambidextrous de-cocker, meaning the lever is located on both sides of the gun. You will find it located near the back of the slide.

It's worth noting that this makes the pistol unable to be carried as it's cocked. You will therefore have to carry the 5906 with the hammer down. This may turn off some to the Smith & Wesson Model 5906, but that's just the way the gun was designed. Remember, it was originally intended for law enforcement, so it had to adhere to certain specifications.

When you need to chamber a round, the gun becomes cocked. You then need to de-cock the pistol using the appropriate lever near the back of the slide. Acuating this lever causes the hammer to safely drop, thus engaging the 5906 in double-action mode. At this juncture, you may safely holster the pistol and carry it.

There's no arguing that the 5906 is one good-looking gun. Heck, it was even one of Fox Mulder's guns of choice in the X-Files. It's a work of art from start to finish. The plastic grips add to its appeal if you can believe it. While it doesn't necessarily break the mold in terms of adding anything new, Smith & Wesson made sure to stick with what works. It might be somewhat utilitarian, but that's all right with me. 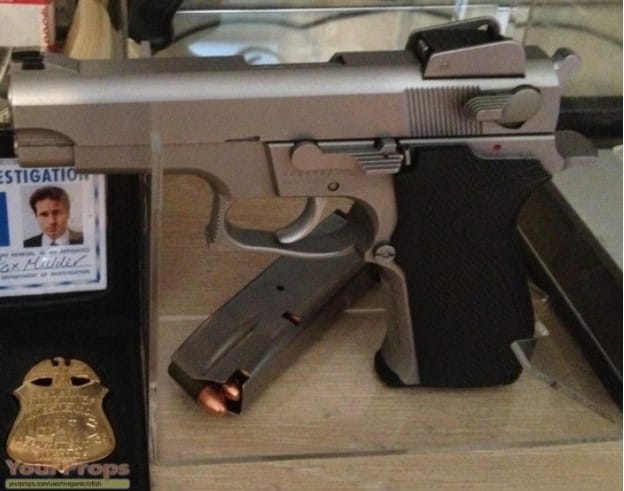 As a DA/SA pistol, the first shot fired is in double-action mode, as described above. You will need to provide a pretty stout trigger pull to get your first round off successfully. This long pull will cause the hammer to cock and drop, firing the weapon.

This will then successfully cycle the pistol and switch it over to single-action mode from there on out until you have emptied all rounds of ammunition.

So, how does it shoot? I must admit that I was a bit taken aback by the trigger pull in single-action mode. I guess I was expecting there to be a noticeable difference between actions. It's more than five pounds, so you'll need to be sure that you can comfortably provide the pressure needed, and you will need to be on your game when shooting groups.

Now, with that said, the trigger feels wonderful. Its break is remarkably clean, too, which I sincerely appreciated. If it weren't for the excellent ergonomics of the 5906, I'm not sure I would have enjoyed firing this pistol as much as I did.

Sure, the accuracy could have been better (which is surprising coming from a gun designed for police officers), but all-in-all, I'm happy with its performance.

This classic semi-auto from Smith & Wesson is a home run, all the way. If you are fortunate enough to find one out in the wild for sale, do yourself a favor and pick it up - even if it looks a little worn. You'll be happy that you did. 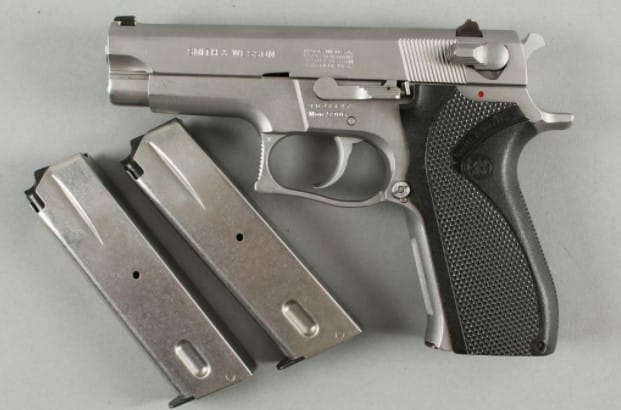 1 thought on “Smith and Wesson 5906 Review | What to Expect From This Budget-Friendly 9mm Pistol?”