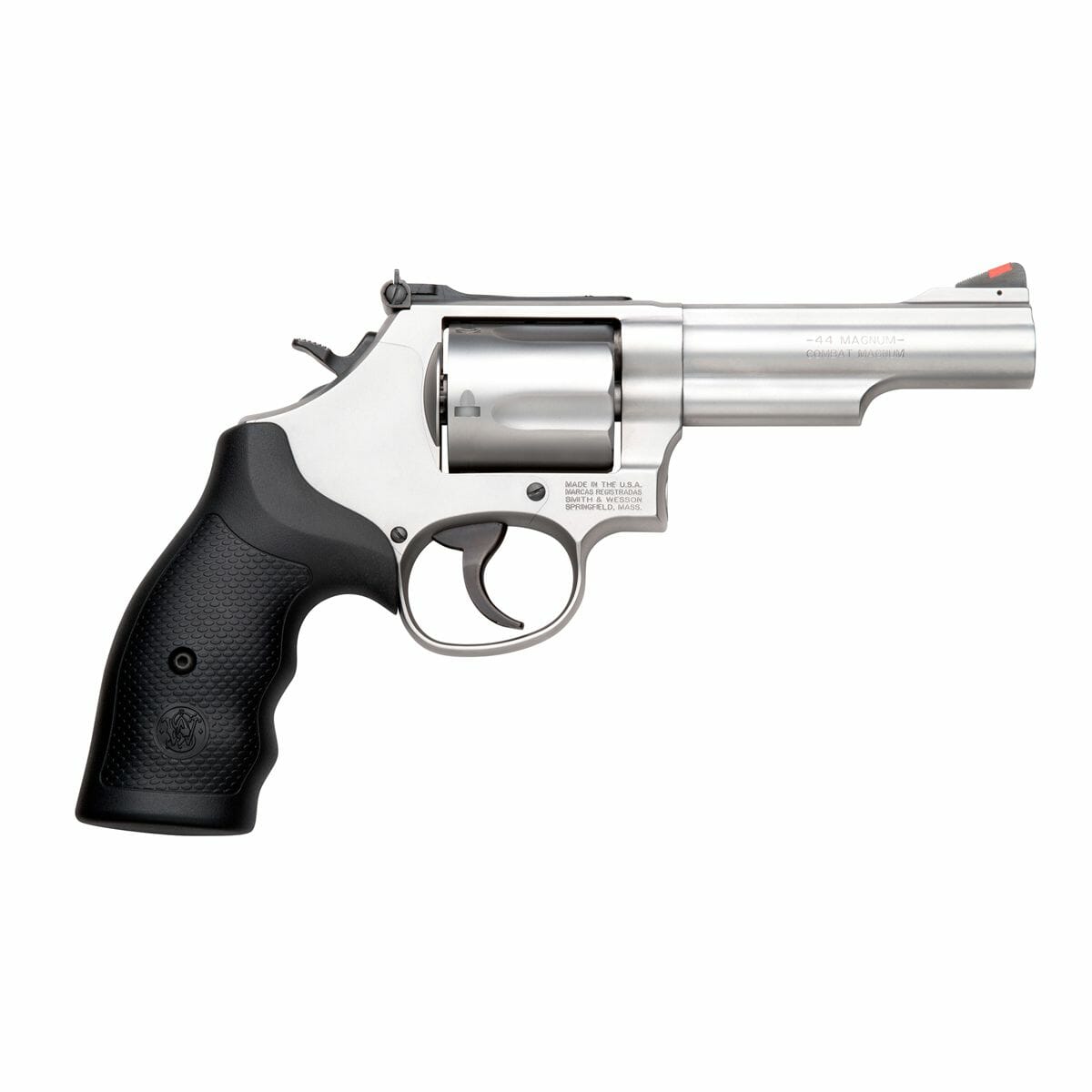 To find a reliable 5-shot 44. Magnum that works well is something of a rarity. So to see one from industry giant Smith & Wesson, I was excited to get my hands on it. And after spending considerable time with the Smith and Wesson Model 69, I'm ready to share my review.

Here’s a well-made L-frame from Smith & Wesson that's a solid performer. Is it the best five-shot cylinder out of all Smith & Wesson revolvers? I guess there’s only one way to find out, so join me as I reveal the cold, hard facts about Model 69.

If you're familiar with Smith & Wesson's .44 Magnum platform, then you're likely aware that the famous gun manufacturer has used an N-frame for quite some time. When I heard that the Model 69 was switching over to an L-frame, I couldn't wait to see how it turned out.

Well, today is that day, my friends. With this frame, you're getting a slightly smaller platform than what we're all used to, which is a boon for anyone who previously struggled with the N-frame's larger girth.

To me, the L-frame is an ideal size for a revolver. Sure, the 69 loses a round, but what's gained is well worth it. For starters, the Smith & Wesson Model 69 is lighter than other top .44 Magnum offerings. Weighing in at 37.4 ounces, you're getting a balanced revolver that feels right. 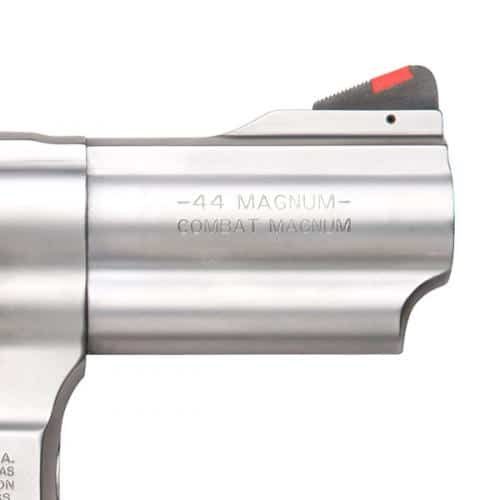 Heck, you can go even lighter if you opt for the Smith & Wesson Model 69 Combat Magnum. At a whole 3 ounces less than the standard Model 69, the Combat is a welcome addition for anyone needing a versatile .44 Special Mag concealed carry.

What else? Well, aside from being the first L-frame in the .44 Magnum format, the 69 is made to the highest standard. Thanks to durable, tough, and attractive stainless steel, you can count on this frame to stand up to plenty of heavy use.

In fact, that's one of the standout features that make the Model 69 such a hit. Hunters and police officers know that this is a revolver that they can trust to get them through thick and thin without fail. As such, you can freely use it in a continuous fashion without fear of affecting the gun or your shooting prowess.

Measuring in at a 4.25-inch barrel length, this stainless steel beauty makes it a rather versatile double-action revolver. If you're looking for something a bit smaller, like for a concealed carry, I'd recommend checking out the Model 69 Combat Magnum. With just a 2.75 barrel, it's the perfect length for just such a purposI've already mentioned the lighter weight, so combined with the shorter barrel and overall smaller frame size, the Model 69 Combat Magnum is just the ticket for a reliable .44 Magnum concealed carry.

The standard Model 69 has some notable changes that are worth mentioning, one of which is the two-piece barrel. This new edition is the result of a rifled inner sleeve that's been inserted in a shroud. An interesting point is that the rifling is cut using a computer-operated machine.

Some people argue that this method results in a less-than-accurate shooting experience, but more on that in a moment. From what I can tell, the barrel is well-made and feels just as solid as ever. If you're looking for reliability, the Model 69 is a revolver you can trust to stand the test of time. 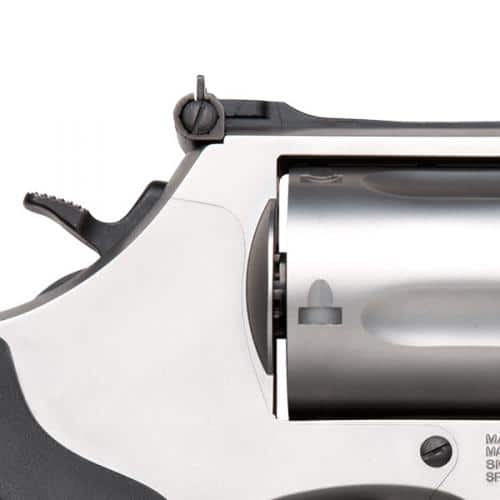 So, we know that this is a stout and sturdy gun. But that only goes so far. The real test for most people is going to be how it handles in action. As a full power revolver, it takes someone who is comfortable with heavy-duty weaponry to wield the 69.

Let's keep moving to see how these 44 special loads Mag fared on the range and whether it's right for your needs.

All right; the moment of truth. In firing both the Smith & Wesson Model 69 Combat Magnum and standard 69, I can tell you that there is some serious kick following the trigger pull. As such, those who are concerned about hand-cramping recoil may want to steer clear.

It's that powerful and jarring. But what about the claim that Smith & Wesson's new barrel isn't as accurate as previous single-piece revolvers? I have to say that, yes, there was a noticeable difference in the precision of rounds fired. 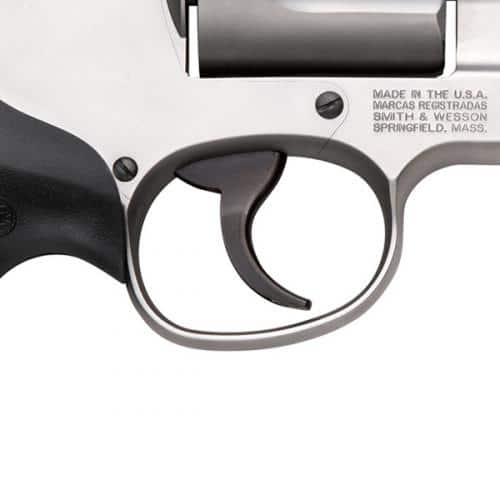 Is it enough to dismiss this gun altogether? Not at all. Thanks to a Red Ramp front sight and a white outlined adjustable rear sight, you should have no problem lining up shots and hitting them within a reasonable range.

However, when it comes to shooting tight groups, forget about it. This is a shame, as the 69 seems to be designed with multiple uses in mind, such as hunting. But if you can't nail tight groups in succession, it is really the type of weapon you want at your side in the bush?

A big problem I noticed is the way the ramped sight reflects light. It simply causes too much distraction to have an enjoyable shooting experience on a consistent basis. So with that said, I do think there are some applications for which the 69 isn't qualified.

Now, if you want a gun for home defense purposes, the gun should serve you well. It's definitely up there with other such handguns. I tested several.44 Mag rounds and was overall pleased with the results. Again, this revolver isn't the most accurate model I've shot, but I'm happy with it nonetheless, especially in the right setting. Nevertheless, we'll let you decide if it is better than these top picks as your first gun.

Following an afternoon of shooting the 69 with proven .44 special mag loads, I must agree with the consensus that the machine-cut barrel isn't quite as accurate as of the tried-and-true rifling of yesteryear.

Moreover, according to everything I've read, the single-action trigger pull is around 3.5 pounds, while the double-action is about 11 pounds. This could give pause to some readers, so take that as you will.

The synthetic grip feels nice enough and provided me with a reasonable handle on my weapon. But even with that, there's just too much kick for the 69 to be a fun gun to shoot. I don't mind recoil as much as some other people, but this one is a bear to get through.

Seriously, I have to imagine that even the most ardent shooter will take issue with the feeling this gun leaves in your hand, even long after shooting is finished. My hand hurt, and I have to think that because of this, there are a lot of people who won't be able to experience this 44 Mag. 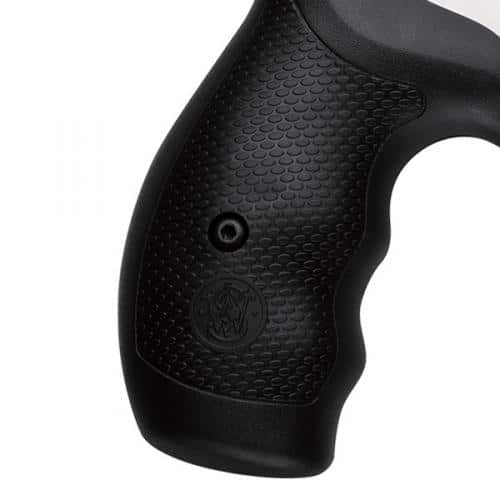 Under the right circumstances, I think this gun is a sure-fire hit. But if you're looking for something to shoot all day long, you're going to be in for a rude awakening at the end of the day. That's not to say that the gun itself is uncomfortable.

On the contrary, the gun feels very comfy to carry on your person. It's only when consistent shooting takes place that you start to see just how jarring it is in action. All is not bad, however, as S&W clearly had the right idea when switching over the new frame.

Losing a round isn't a big deal and is worth it considering how much weight and girth are reduced in the gun. For the outdoorsman who is looking to do some hunting at close range, you should be very happy with what this 44 Mag brings to the table.

It's just the distance shooting that is likely to give you some trouble. And that brings me back to using this gun as a home defense weapon. Since you're unlikely to be shooting an intruder or attacker from afar, this is a five-shot 44 Mag that's perfect for keeping in your home.

As 44 Mag revolvers go, the S&W Model 69 is a commendable entry that deserves praise where it excels. With that said, consumers need to be aware that this full power weapon isn't for everyone, especially if you're not a fan of hard recoil.

You can pick up a 357 Mag from S&W and enjoy quality shooting without the jarring kick. Still, the 69 has a respectable price that may make it worth giving a try. And in the right situation, I can see this gun being an essential companion.