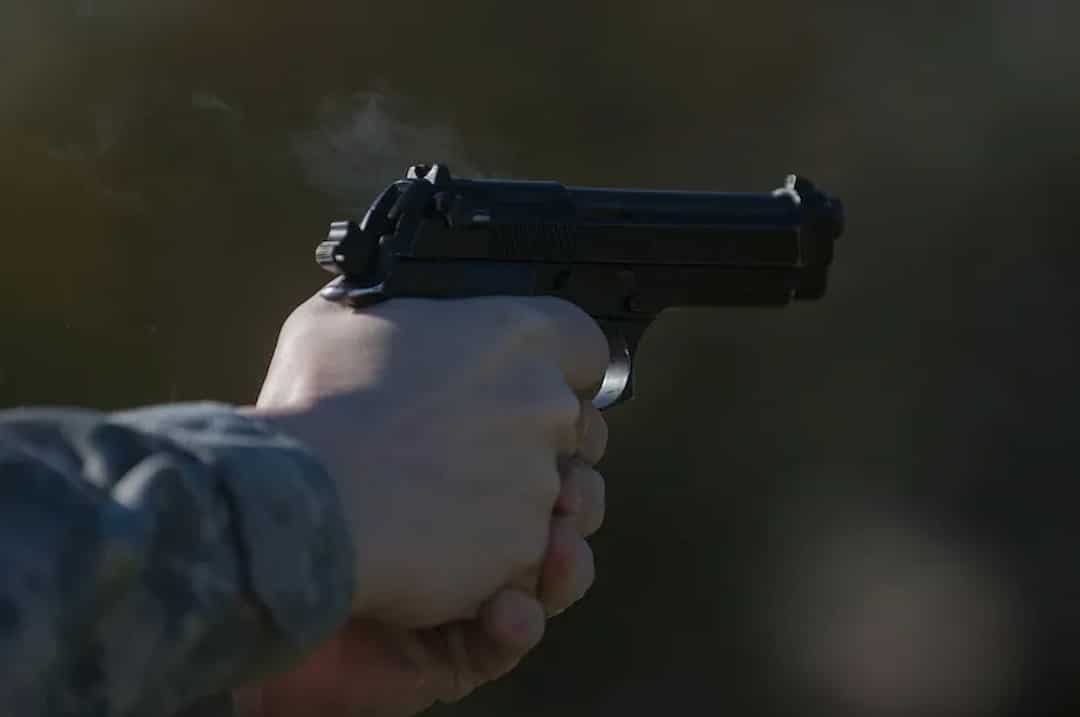 It's always best to understand the complexity of a gun and how it works in theory before handling one in real life. I mean, who would want a bullet on their body due to an accidental discharge? So, it's a good choice to read this article before trying out your pistol.

What is a double-action pistol? Is it safe? How does it work? What's its drawback? Let's take each at a time.

Whether you're fresh in the world of guns or you want to polish your gun skills and knowledge, you're in the right place. In addition, there's much to learn here. Plus, we haven't shown you how the gun works, so be sure to read to the end.

A double-action pistol is a type of handgun that automatically cocks and releases the hammer. By pulling the trigger, it performs the two functions, therefore, saving you time on the cocking. Unlike a single action trigger that needs manual cocking after every round.

Under double-action pistols, there are two categories of firearms.

If you're a beginner shooter, you'll love the DAO handgun. Why? It's easy to operate; you only need to aim and shoot. That's it! The pistol is specially designed with an internal sear mechanism that causes the hammer to move sequentially in every pull. Hence, discharging for you both the cocking and the striking. Consequently, this modification gives the pistol a distinctive shape; a gun without a thumb spur hammer!

The DA/SA gun works similarly to the double-action pistol, although with an added advantage. You can switch between double and single-action modes. The single-action mode gives you the pleasure of manually cocking the hammer, as you would in a single trigger classic gun. Plus, it gives you control over your gun, which means no accidental firing.

How Do Double-Action Pistols Work?

The designer, a lieutenant in the British army, Frederick Beaumont, 1856 made the three parts function simultaneously in a single pull. How? By pulling the trigger, the hummer cocks as the cylinder rotates and releases the hammer to fire.

Another noticeable feature of the DA gun is its weight and lengthier size.

But, If you're looking for a quick action firing rate gun, then the DA pistol is what you need. With a single pull, the gun cocks, positions the ammo and fires the piece. Your work is only to aim and shoot. 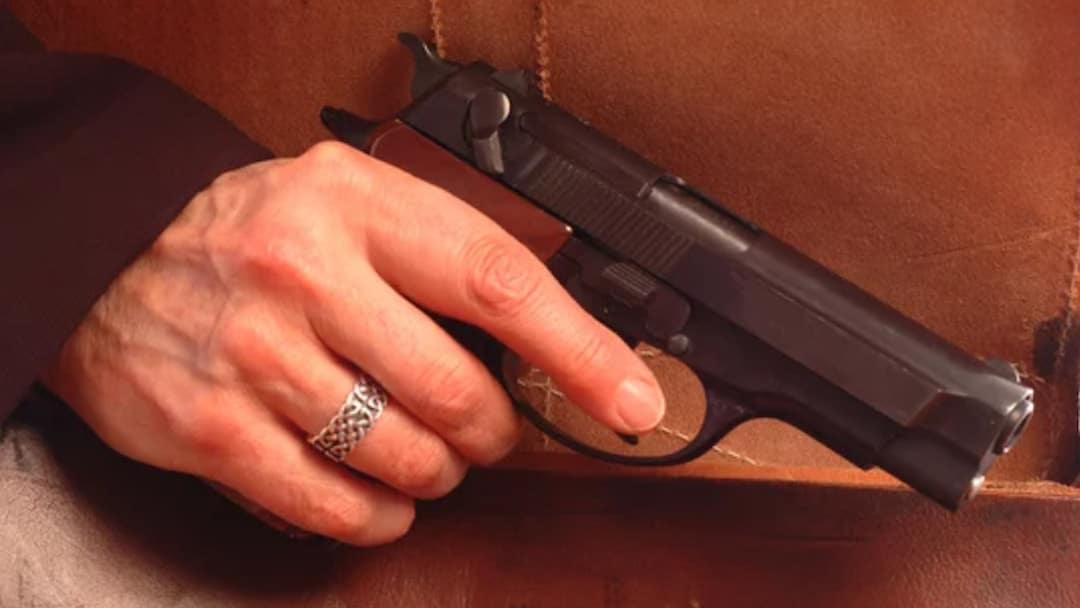 Is Double-Action The Same As Semi-Automatic?

Double action (DA) guns are quite different from semi-automatic pistols. When speaking of a DA gun, you only refer to what the gun does when the trigger is pulled. But, for a semi-auto, you refer to the whole mechanism of the gun, not just the trigger alone.

Now, how does a semi-auto gun work? It works by utilizing the recoil energy when you fire the first shoot. The gun uses the recoil energy to mechanically load the next cartridge round into the firing chamber, ready for a subsequent shot.

Nonetheless, you still need to reset the gun for the follow-up shots by releasing the trigger and pulling it again. Unlike the semi-autos, the DA pistol doesn't self-reload. Instead, the DA trigger only cocks the hammer and discharges the round.

Yes, the double-action pistol is safe. The strong trigger pull makes it impossible for accidental discharges to occur. Therefore, you need not worry. Additionally, the modern type comes with a safety mechanism that prevents a gun from firing if you accidentally drop it. 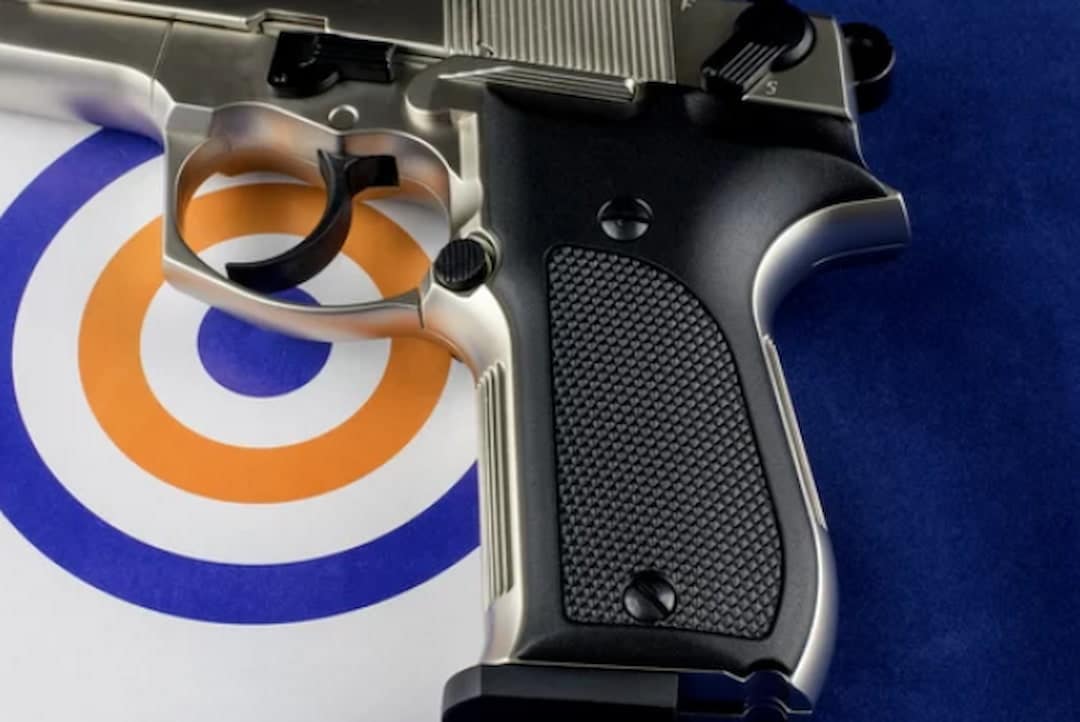 How safe is it? For starters, you require about 45.4 newtons to trigger the DA gun, unlike the single-action gun, which only requires half the force. Plus, the long pulling range makes it almost impossible for an unintended shot to occur.

Therefore, you're perfectly safe while carrying your DA revolver. Furthermore, if you like tucking your gun to conceal it, you'll appreciate the DA revolver safety measures.

Why Use A Double-Action Pistol?

Two reasons; it's safe and easy to use, and compared to a single-action revolver, you'll love the DA reload speed. With the internal sear mechanism of a double-action pistol, say goodbye to manual cocking. The trigger automatically cocks and releases the hammer for you, making the gun easy to use.

The long-range and hard trigger pull reduces the occurrence of accidental discharges almost to none. Meaning that nothing can be safer than the double-action pistol.

Is A Glock A Single Or Double-Action?

It's a double-action firearm and more advanced compared to single-action firearms. The Glock works the same as a semi-automatic handgun. It utilizes the recoil force from the first shot to extract the spent round and load the next round into the barrel.

As a double-action gun, the Glock automatically cock and release the striker. Hence, you only need to aim and pull the trigger. 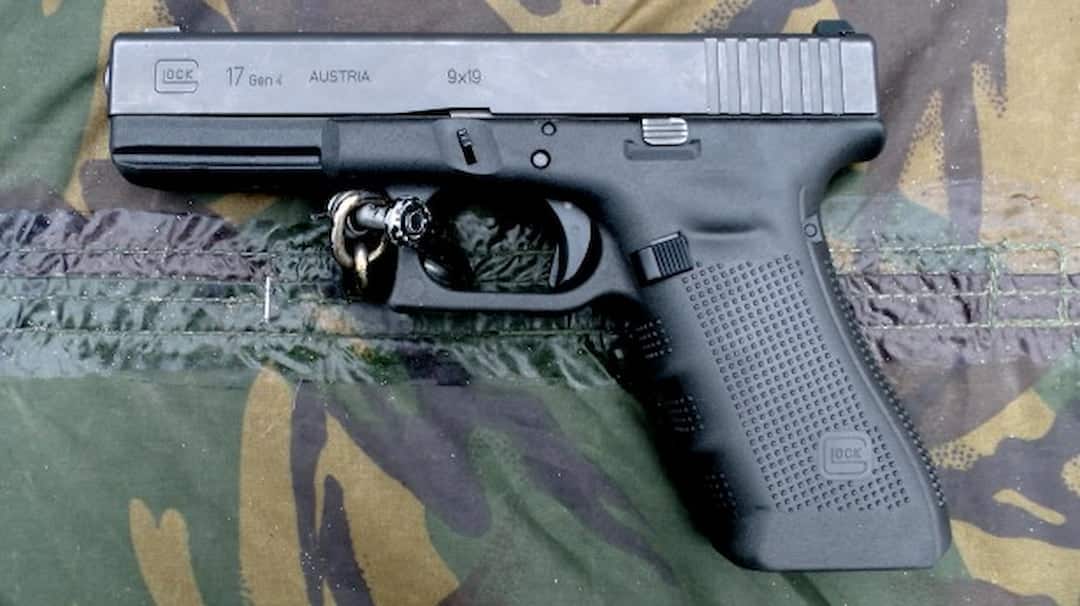 What Is The Difference Between A Single-Action And Double-Action Pistol?

It's easy to remember their difference; you only need to mark the naming; "Single," meaning one action, and "double," meaning two functions. For example, the single-action pistol performs only one function that's dropping the hammer. While for a double-action pistol, the trigger performs two functions; cocking and releasing the hammer when firing.

Also, a single-action firearm needs to be manually cocked with a thumb hammer spur. Unlike the double-action pistol, which is automatic. It has an inbuilt sear mechanism that cocks the hammer with a single trigger pull. 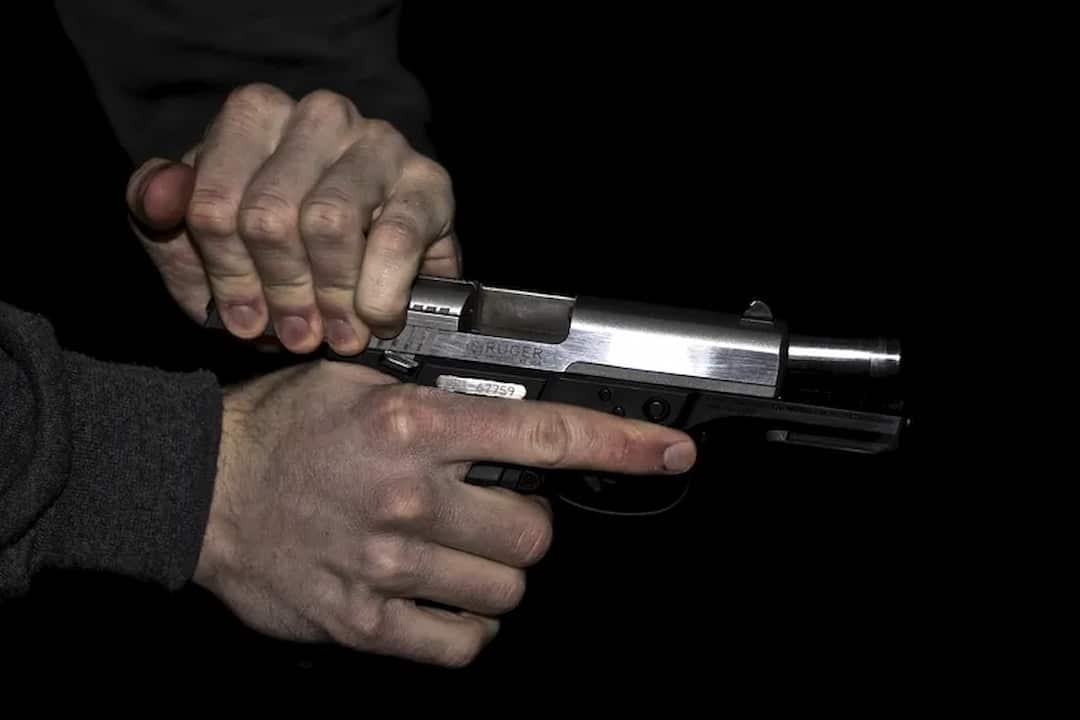 What Are The Drawbacks Of A Double-Action Pistol?

Difficult To Master The Trigger

Most beginners find it hard to master how the DA trigger works. It becomes even more challenging when you've to wrestle with the internal hammer spring to fire. Your trigger finger can be sour.

Due to difficulty in mastering the double-action trigger, most shooters end up having poor accuracy. Plus, the revolver is quite heavy, making it even harder to aim. However, working your hands and fingers can help you get better accuracy and sufficient strength for a clean pull.

What Kind Of Ammunition Should I Use In My Double-Action Pistol?

Consider the following factors before getting ammo for your pistol:

Having the wrong ammo in a gun can drastically reduce its lifespan, aside from endangering yourself. The bullet can be blocked by the barrel and explode on your face!

Transforming Your Shooting with a Double-action Pistol

A single shot from a double-action pistol will definitely transform your shooting experience. The automatic cock and faster reload will give an upper hand in any competition. Moreover, if it's a matter of safety, again, the double-action revolver has you covered.

So, what is a double-action pistol? It's a revolver that cocks and releases the hammer with a single trigger. Its drawbacks? During longer sessions, you may struggle to pull the trigger or hold up the revolver.