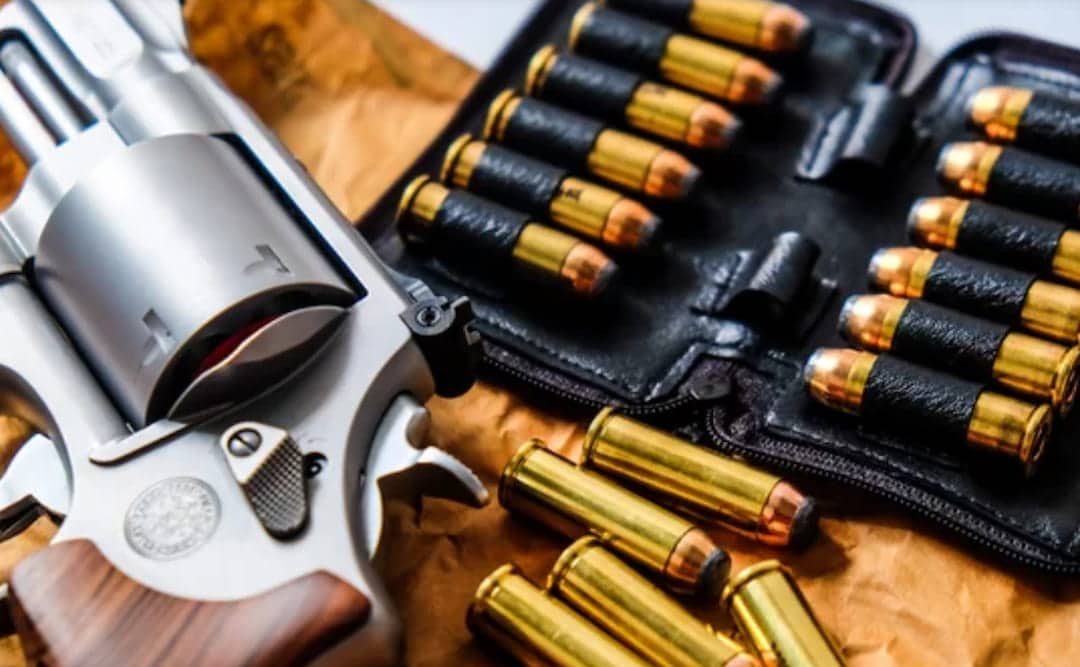 You’ve probably heard of cops in several movies nicknamed Dirty Harry, but you might not be aware of Dirty Harry’s influence on the wheel guns industry. Since its introduction, the .44 magnum, otherwise known as the "World's strongest handgun cartridge” in Dirty Harry, has been a common feature in big game hunting, self-defense, home defense, and sporting activities.

However, the buzz surrounding the 44 Remington Magnum has significantly plunged due to the new entrants and modern cartridge versions in the industry. Even so, the 44 magnum is still one of the strongest cartridges, and this article delves into its history to help you understand the basics behind its development.

The .44 Special: History And Performance

One cannot easily focus on the 44 magnums without indulging in the .44 special, which is the .44 magnum’s parent case. Smith and Wesson developed the .44 special in 1907 as a smokeless metallic cartridge to sustain their New Century Revolver, released in 1908. Primarily, they developed it to accommodate the .44 Russian cartridge’s limitations by lengthening its case by 4.8 mm and boosting its gunpowder volume by 6 grams. The up-build was meant to enhance the .44 Russian’s inferior ballistic performance, which boosted the .44 special’s use in self-defense, home defense, and hunting. 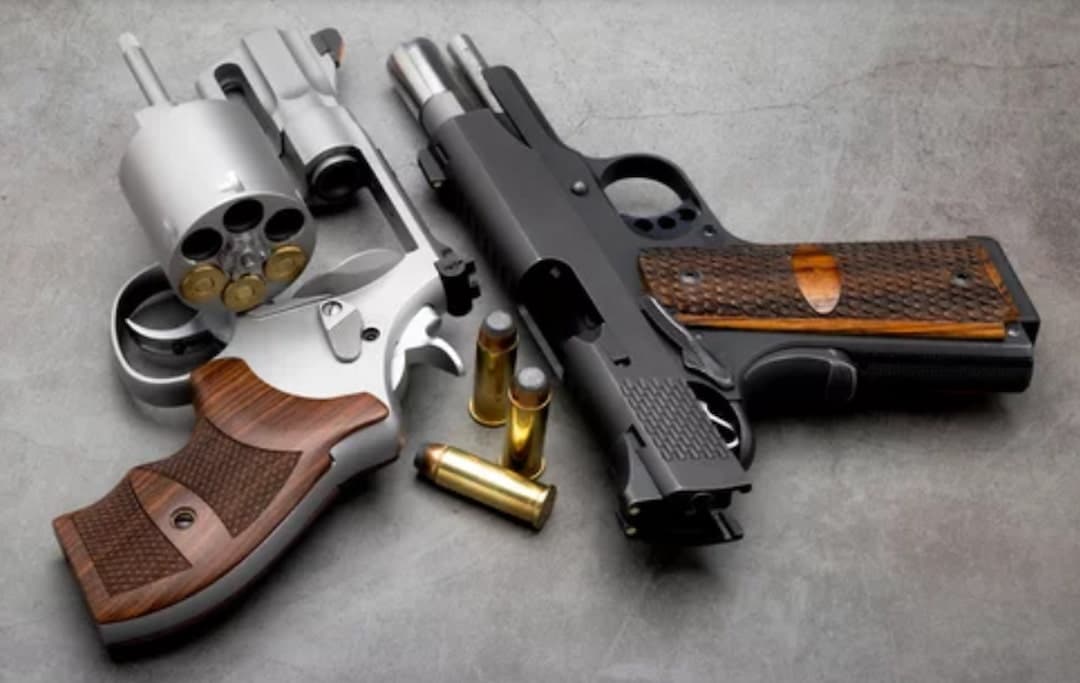 The Revolution And Performance

The .44 Special has greater strength for high-pressure loading, which enables it to retain its predecessor’s accuracy to be a favorite among handguns, with a maximum pressure of 107 MPa. Even though the cartridge was SAAMI-compliant, it attracted criticism from the 44 associates, such as Skeeter Skelton and Elmer, who officiated its upgrade. The associates traded info about .44 special refilling data and tips. Their main aim was to challenge the .44 special in terms of chambering by loading at more high speed than mill standards, which created high-pressure loads. Consequently, after spending years custom loading, he found the .44 special to be of lower velocity and lower impact upon hitting a target. He advised Smith & Wesson to change the .44 special's mild loading of a 246-grain bullet at 755 feet per second to a more potent 1200 feet per second in order to sustain his bullet designs.

Who Invented the 44 Magnums?

Elmer Keith invented the 44 magnums by integrating the advantages of the .44 special, such as its thicker and stronger brass compared to the .45 Colt, for his hand-loading experimentation. From the limitations of the .44 special, he drafted recommendations that saw the invention of the .357, .41, and .44 magnum. Through hand-loading, He coined the idea of hopped-up big gauge revolvers with firearms manufacturer Smith & Wesson, which saw the .44 special lengthened by 125 inches.

Remington Arms Company manufactured the lengthened version, the.44 Remington Magnum, released in 1956. Elmer, Smith & Wesson designed it generally longer and thicker compared to the .44 special. It has a rim diameter of 13.1 mm, with a 1.5 mm thickness. Additionally, its case length is 32.6 mm, with a total length of 41 mm. The cartridge has a neck diameter of 11.6 mm to sustain its bullet diameter of 10.9 mm, which weighs 16 grams.

What Was the First Gun Chambered in 44 Magnums?

In 1957, Smith & Wesson released "Model 29," the world's first firearm chambered in .44 magnum. Model 29 was later customized by the military to be used in war. In the summer of 1956, a Remington employee provided Ruger with a case that he used in the production of his Ruger-producing bullet groups: Single action Blackhawk revolver loaded.

Through the .44 magnum, semi-automatic pistols deliver large-caliber ammunition bullets that have high impacts. Essentially, in a very powerful gun, the cartridge produces many recoils and blast explosions, which makes it unpopular for police work. The .44 magnum powerful handgun cartridges integrate both single-action and double-action. The single-action revolver is many shooters' favorite when dealing with heavy recoil due to the rounded grip shape. The grasp shape in double-action pistols has a joint on top of the hold, which shooters usually do not favor. Ideally, shooters consider the longer "Bisley" styled single action grip the best for heavy-hitting ammunition, and you can find it on single actions from Ruger Bisley gun models. 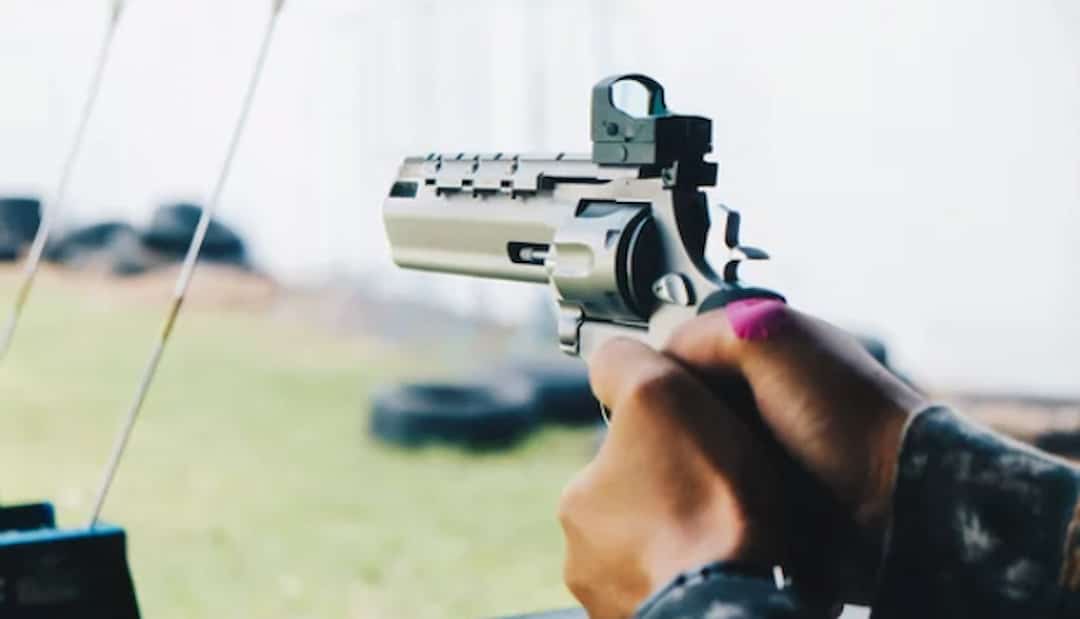 In Keith’s quest to create ammunition that could sustain the 357 Magnum performance standards, he designed the .44 magnum from the .357’s deeply penetrating bullet, which hit faster and harder than another large caliber bullet like the .44 special. Sequentially, Keith, with Smith and Weston, developed the .44 magnum as a revolver cartridge that easily fits into a compact and light-case package to accommodate both pistols and rifles. 44 Magnum rifles come in a variety of abilities and test barrel length for different performances in different activities. As a handgun cartridge, the .44 Magnum can be used in both revolvers and pistols. Furthermore, 44 Mag guns can use the .44 special large-bore handgun cartridges to achieve lower pressure and velocity. However, Keith lengthening the .44 special prevents users from chambering higher pressure magnum loads in .44 Special revolvers. Firearms using moderate combustive powders in loading enhance execution in barrel length options ranging from short to long, with a 460 m/s yield in each load in revolvers and 495 m/s from semi-automatic carbine with a 16-gram bullet.

How Powerful Is the .44 Magnum?

44 Magnum’s accuracy is significant with models from Colt, Ruger, and Smith & Wesson revolvers with large pistol maximum pressure. These revolver-chambered models are in groups of three to four inches (7.6 to 10.2 cm) for an extremely accurate round of 50 yards with most ammunition. Under handgun chambered, it is rimmed and uses a large pistol primer with a rapid-fire at a maximum pressure of 36,000 PSI. At this pressure, the cartridge launches 165 to 355-grain bullets at a velocity range of around 900 FPS to 1900 FPS. Thus, the hunting bullets travel fast and hit hard.

The .44 Magnum delivers 767 foot-pounds of muzzle energy against targets at a 1200-foot-per-second supersonic speed. The cartridge’s ability in revolvers chambered and rifles chambered varies depending on the barrel’s length. Essentially, longer barrels increase the gun's weight, which absorbs more recoil. Additionally, it provides more space for bullet acceleration before exiting the barrel, where the bullet's heavyweight travels against gravity.

The cartridge has deep penetrating cartridges that can easily go through an automobile and ballistics gel. However, its trajectory significantly decreases upon reaching 100 yards due to the heavyweight bullet caliber, even though it is said that Elmer once took down an animal 600 yards away. The 100-yard consideration is due to mag bullets' great short-range impact. The Smith Wesson Model 29 .44 Magnum was powerful enough to the extent that the military preferred it as the best firearm cartridge in the Vietnam Tunnel War. In this model, the large bore handgun cartridge was powerful and precise for the point-blank range. The Model 29 QSPR variant, fitted with a 1.3-inch barrel, contained tungsten balls that were quiet and lethal in short range. The .44 Magnum’s reputation grew in the dusk of World War 2 when gun sports increased. The revolver was the ideal choice for the sport and still is, with most participants resorting to using a .44 special as they consider the .44 mag very powerful.

44 Magnum’s high pressure and hard-hitting impact necessitate using it in the hunting of medium-sized game, up to the Polar bear size. Additionally, its preciseness and impact can also be helpful in taking down North America's large game like buffalo and even elephants. The heavy, flat point bullets typically at 44 magnum’s moderate velocity are ideal for brush penetration to avoid deflections associated with most high velocity, thin, light, wheel gun pointed bullets in other cartridges. Essentially, this feature makes the .44 magnum a big game hunter's favorite in rifle hunting and handgun hunting to help take down superior animals like elk and bison.

The .44 Magnum, however powerful, has its limitations, which sometimes influence users to prefer using the 44 special. In shooting, the cartridge considerably generates an irritating amount of recoil and is usually found to be dreary in the pistol range. Additionally, the weight associated with the most powerful handgun cartridges is usually tiring to use for a long period of time. Thus, many people opt to use the lighter cartridge, the.44 special. The .44 Magnum highlights the need for experience and for you to invest time towards getting used to the guns chambered, even for advanced shooters. Essentially, 44 Mag is usually weary for short people and shooters with small hands to use. Additionally, the muzzle blast produced when firing can be sometimes deafening and eye harming

Regardless of the new entrants and customized cartridges in the current industry, the .44 magnum is still able to cement its abilities as a top-tier cartridge. Primarily developed for revolvers, this large bore round spent integrates speed and pressure, which are ideal for sporting activities and hunting of superior game, boosting its popularity in powerful handguns chambered. Even though Clint Eastwood contributed to the buzz surrounding the .44 Magnum in 1971, the cartridge has been popular since its release in 1956 due to its impact at the point-blank range.

The .44 Magnum, large-bore cartridge limitations regarding weight and heavy bullet, have influenced the revival of the .44 special case as an alternative, which has plunged Mag's popularity. Furthermore, issues with recoil production and blast explosions have hampered its acceptance. Therefore, the .44 Magnum cartridge is recommended for use at a 100-yard distance and is ill-advised for use by shorter individuals or shooters with small hands.