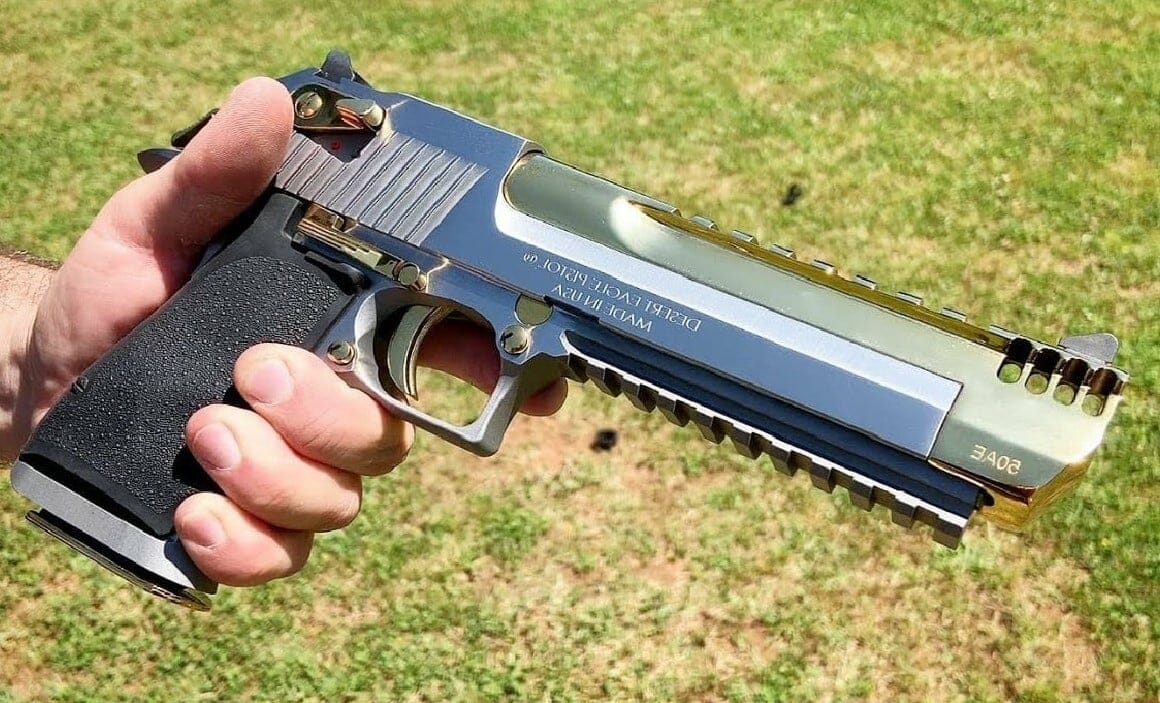 The Desert Eagle is probably one of the most glamorous and powerful-known handguns of all time.

For any fan of popular culture, the Desert Eagle is not new to you. The pistol was commonly used in films in the '70s through to the early '90s. It has also made many appearances in computer games and on television for years.

If you've watched Commando, Assassins, Last Action Hero, or Daughter of the Wolf, then you've at least seen it in action, even if not in reality.

This pop-icon might not be the best revolver in terms of velocity, but it ranks highly as a semi-auto pistol and has a massive firing range for a handgun.

Wondering when was the Desert Eagle made? Well, this article is for you. Keep reading! 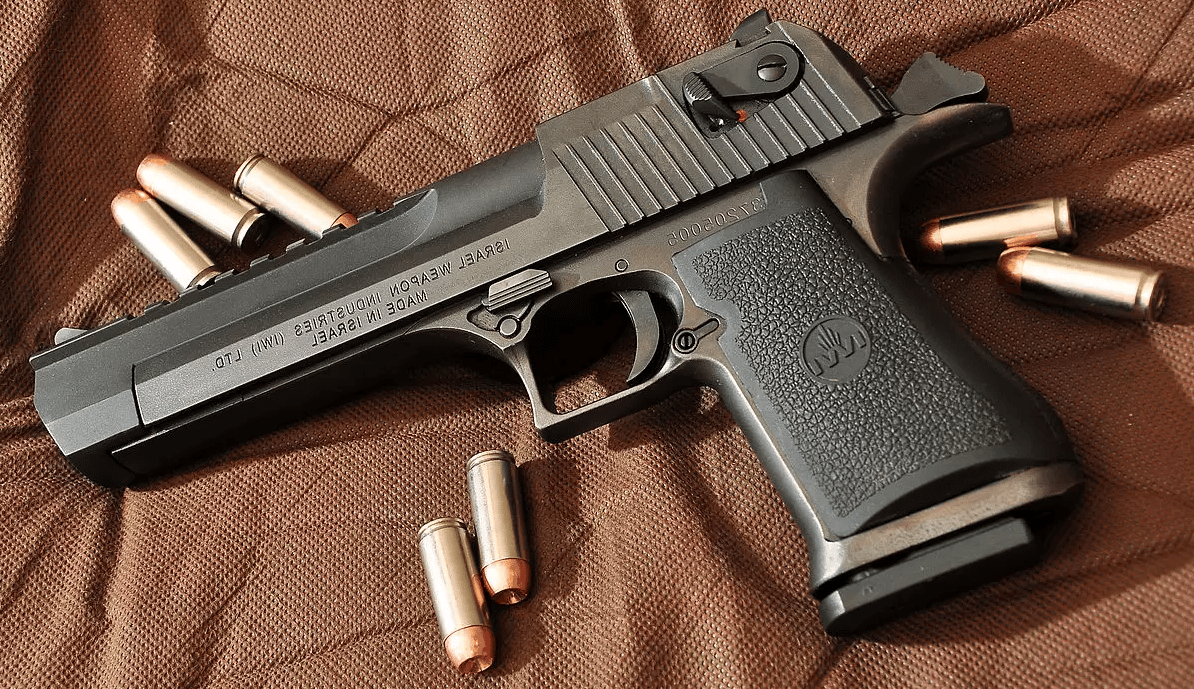 The first Desert Eagle was introduced in 1983. The pistol was a Mark I Desert Eagle chambered in .357 Magnum. The unique handgun was manufactured by Israeli Military Industries (IMI) in collaboration with the American-based Magnum Research Inc.

Production moved back to Minnesota's US Magnum Research facility in 2009 before the firm's acquisition by Kahr Arms in 2010.

In 2019, Magnum Research announced it had moved all Desert Eagles production to the US.

Desert Eagle Variants and Their Year of Make

There are three main variants of the Desert Eagle Mark. Keep reading to learn their year of production.

Magnum Research produced its first version of the Desert Eagle in 1983. It was initially chambered in two magnum calibers; .375 Mag and .44 Mag. The model is easily distinguishable from the others due to its single-release step and the safety button teardrop shape. This version is common in films made before the '90s. Unfortunately, Mark, I disappeared from the market in 1987. Magnum Research no longer produces the model. 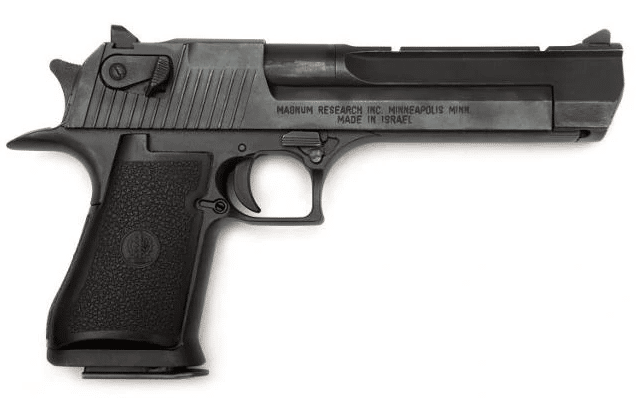 The Mark VII is an improvement to the Mark I version. Its production began in 1990. The model is available in .375 Magnum and .44 Magnum. It is also chambered in .50 Action Express.

The pistol has a redesigned safety lever, an adjustable trigger, and a slide release. 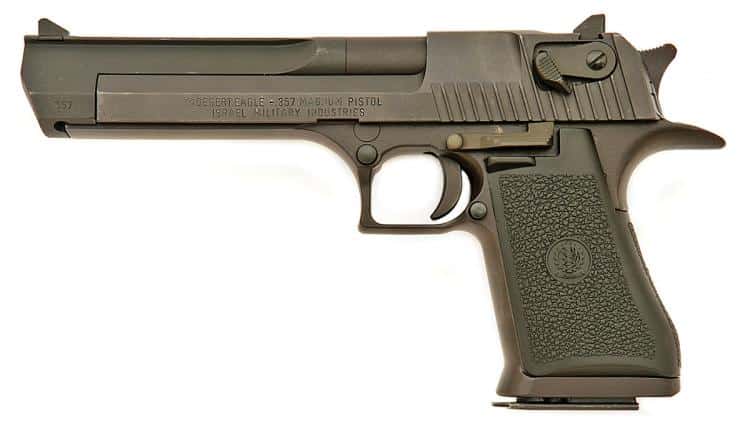 The Mark XIX production began in 1995. It is the latest version of the Desert Eagle design and the only model in production today.

These pistols are available in several finishes, such as black, white matte, and titanium gold, among others. It also features a muzzle brake that reduces the recoil.

The .357 and .44 mag versions have an extrinsic barrel flitting, unlike the .50 Action Express version. The scope rails over the top barrel and the cocking serrations on the slide give the pistol a unique appearance from the earlier versions.

The Mark XIX version allows for easy caliber conversions to different magnum calibers. The models' barrels come in 6 and 10-inches only. 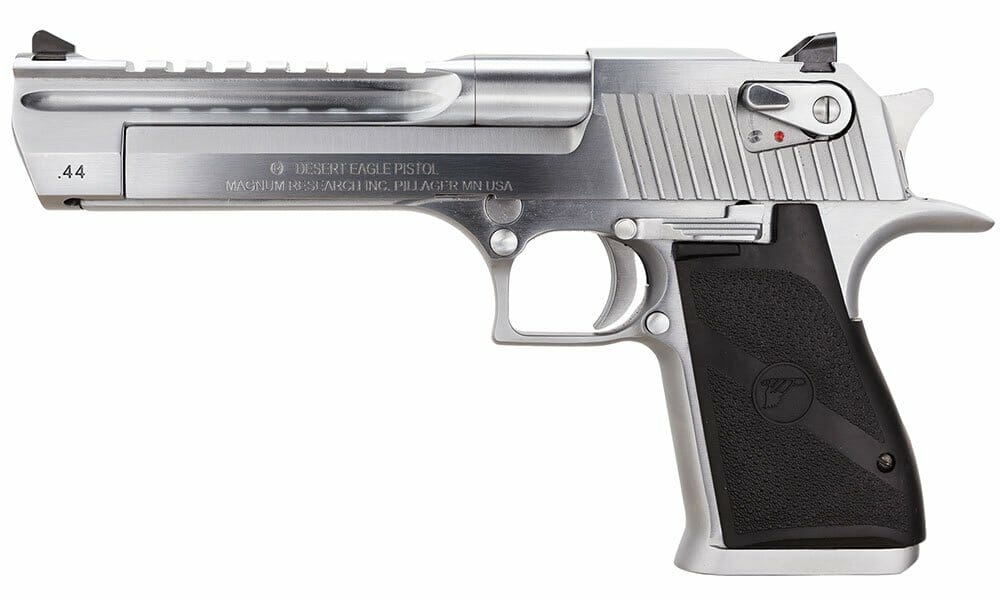 What Are the Desert Eagle Specs?

Who Designed the Desert Eagle?

Bernard C. White and Arnold Steinberg designed the Desert Eagle on behalf of Magnum Research Inc. (MRI) in the '70s. Magnum Research's founders, John Risdall and Jim Skildum, oversaw the design and development of the firearm.

In 1983, Bernard White filed for a patent for the handgun design -a gas-operated, semi-auto pistol with twin recoil springs. The application gave birth to the Mark I -chambered for .357 mag., a short-stroke piston in a gas cylinder under the fixed barrel that drives the slide to the rear. 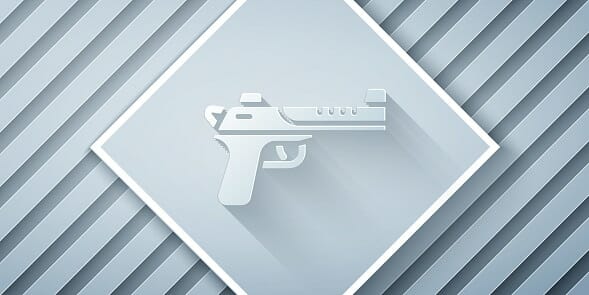 Due to a lack of production capability, Magnum Research approached Israel Military Industries, which would later reorganize into Israel Weapons Industries, to produce Desert Eagle pistols.

Later on, the design would be further refined by Israel Military Industries (IMI) before a second patent application followed in 1985. After this patent application, production would begin, this time for Mark VII in 1990. The .44 mag semi-automatic handgun was more successful. It had an enlarged slide release, a redesigned safety lever, and a two-stage trigger.

What Type of Gun Is the Desert Eagle?

The Desert Eagle is a unique handgun in that it functions by employing a gas-operated rotating bolt. The operating mechanism is similar to modern self-loading rifles such as Ruger Mini -14 carbines or M16 assault rifles. However, this unique gas operation design allows the Desert Eagle to use more powerful cartridges than common handgun designs. 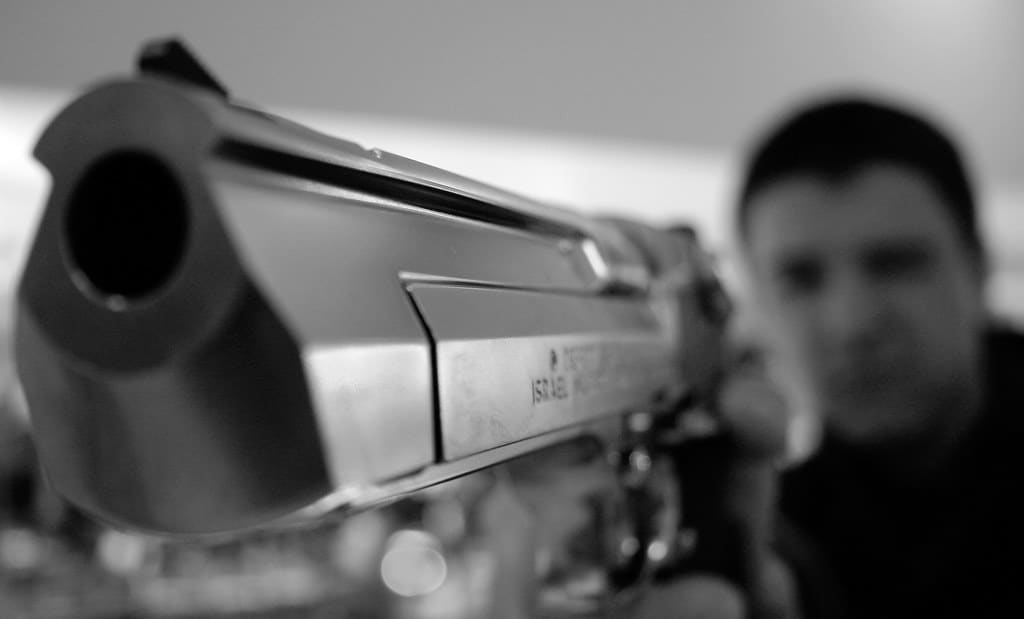 One advantage of the Desert Eagle over other semi-automatic pistols is the ability to fire such powerful ammunition rounds through its large size, which makes it difficult to conceal.

The handgun's manual safety switch on both sides of the slide is double-faced, which helps block the firing pin.

The .357 Magnum is a revolver round fed from a 9-rounds magazine, while the model chambered in .44 mag has an 8-round magazine. The .50 Action Express is fed from a 7-round magazine and is the greatest center-fire cartridge used in any magazine-fed, self-loading pistol.

In addition, the Desert Eagle comes with fixed iron sights and allows mounting of your preferred optics.

Is the Desert Eagle a Successful Pistol?

The Desert Eagle is a unique pistol, unlike many others that are gas-operated and self-loading. These features allow it to fire powerful ammunition, which makes it stand out. However, the handgun is expensive and huge, to the extent that you can actually own and carry two pistols. The fact that there is no proof of its use in military combat also doubts its reliability. The Desert Eagle has predominantly been used in films and popular culture.

The Desert Eagle has a long history. It stands out for its powerful rounds, long firing range, and the fact that the latest version, the Mark XIX, comes in different finishes, making it an excellent handgun, especially for its common uses. However, the size of this pistol is a considerable downside. Also, the loud firing burst, huge muzzle blast, and frequent jamming contribute to its low glamour among professional shooters. 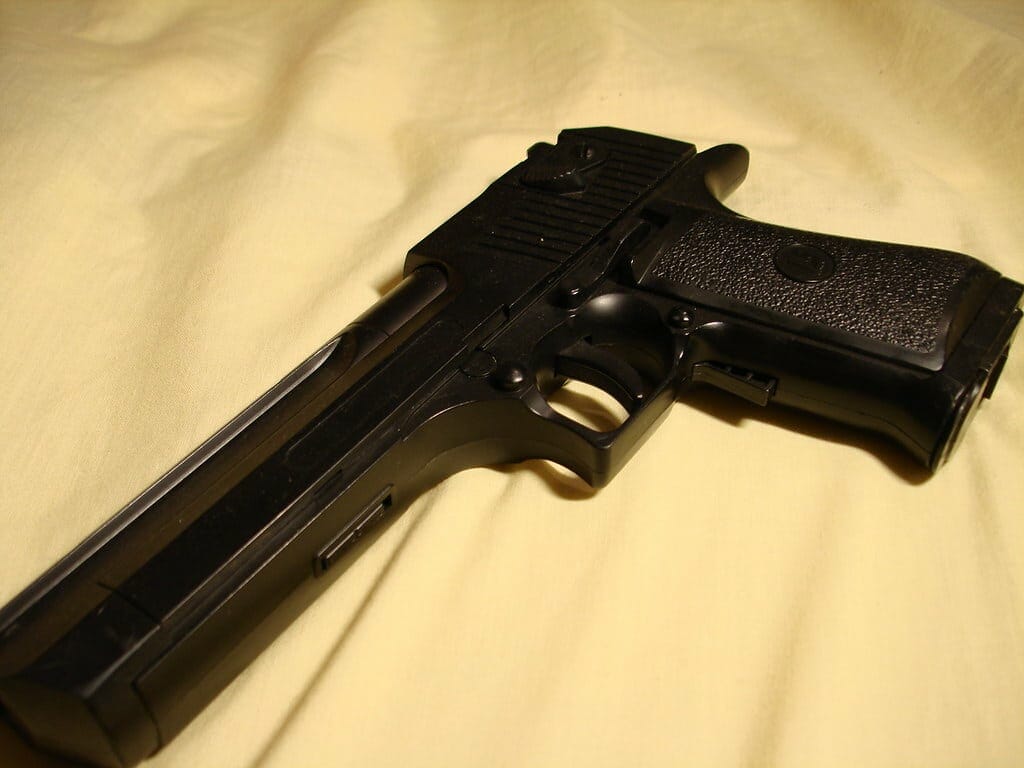 How Many Versions of the Desert Eagle Are There?

Was the Desert Eagle Initially Developed in Israel?

What Sets the Desert Eagle Apart From Other Semi-Autos?

Unlike most pistols, the Desert Eagle uses a gas-operated action similar to rifles like the AR-15 and AK-47 rifles.