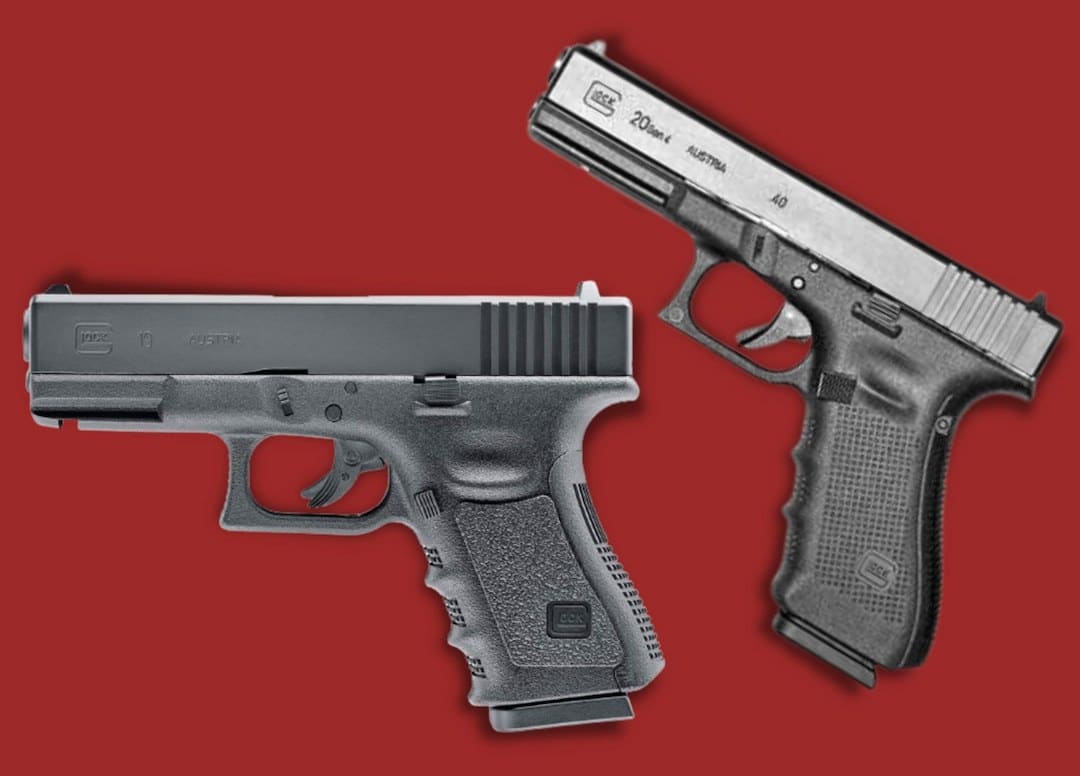 Glock Pistols is one of the most renowned gun manufacturers supplying ammunition globally. Some Glock pistols have had success across the market as best picks for concealed carry, including the Glock 19.

However, the concerns about the incapacitation capabilities of their previous 9mm cartridges paved the way for the G20. Glock 20 is a reliable first large-frame model with a double stack capacity and stopping power that's a bit similar to the Magnum but in a lighter package.

Initially designed as a 10mm auto-cartridge, the pistol topples even the renowned 1911 pistol. In addition, it is the most powerful Glock pistol with a high-capacity autoloader.

Let's dive into the specs of the Glock 20 and its bid as the most potent Glock model. 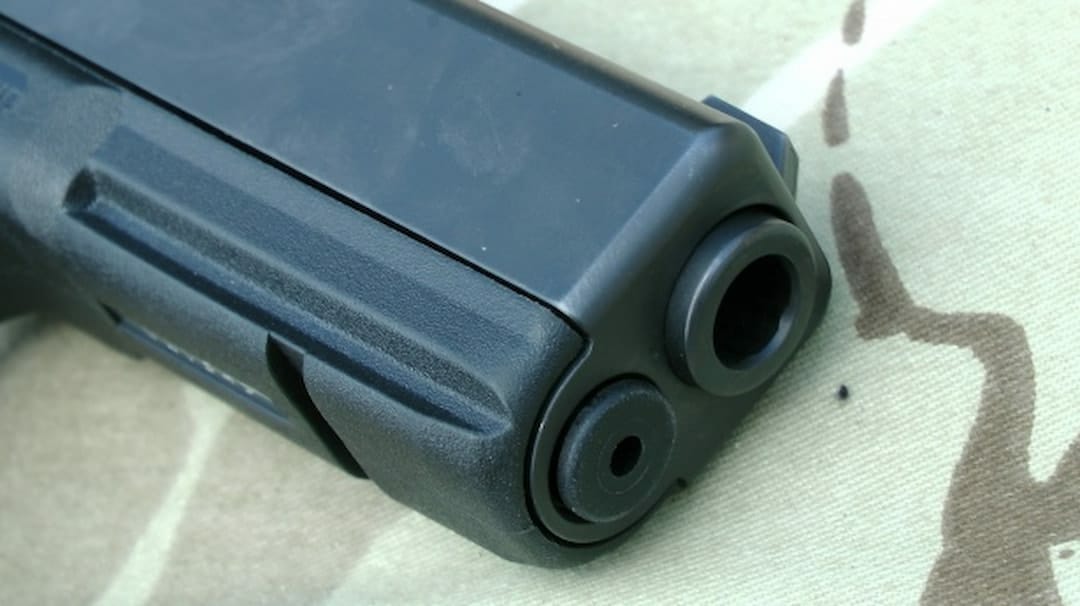 What Makes a Gun So Powerful?

The momentum a gun imparts on a bullet determines the gun's capabilities to do much damage. A bullet's momentum is its mass multiplied by its velocity. Therefore, tweaks must be made to boost its momentum by making it more massive or faster.

Is The Glock 20 The Most Powerful Glock?

Yes, the Glock 20 is the most potent model in Glock's inventory. Some events influenced the manufacture of the gun, and these events explain the gun's specs and why it is so powerful.

The first pistol under the Glock's inventory was the Glock 17, designed by Gaston Glock under the Austrian army as a nine-millimeter handgun with 17 round capacity. It is a lightweight firearm as it integrates a polymer frame with a steel slide. In addition, the specs of its staggered magazine column boosted its ergonomics by availing twice the ammunition capacity. 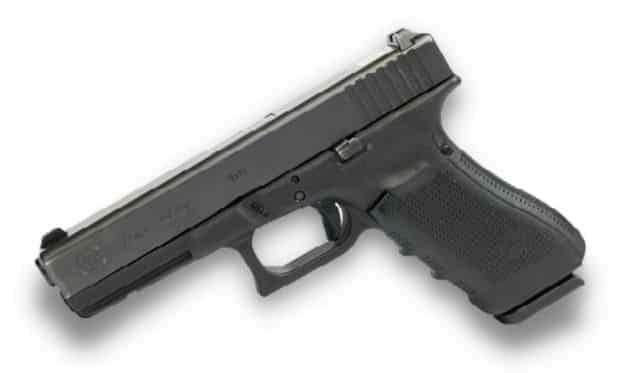 Glock 17's reliability, weight, and magazine specs managed to bag Gaston a contract with the Austrian army in 1981. By the mid-80s, the Glock handgun was in commercial production in the U.S, becoming a bestseller.

The downside of this Glock pistol was its nine-millimeter round caliber, which was relatively narrow and lacked significant power. Nevertheless, the caliber known for its modest recoil was adequate for conscripts and police officers, who used their guns less frequently.

In addition, its narrow specs provide a significantly larger capacity magazine when chambered into semi-automatic pistols. However, most people wanted a harder-hitting round.

Unlike the nine-millimeters, .38 exceptional, and 357 magnum standard in law enforcement in the 80s, the FBI wanted a new round capable of incapacitating targets quickly.

In turn, the agency integrated the 10mm auto cartridge, which offered the most significant soft tissue penetration compared to the .45 ACP and nine millimeters round. The latter fires at 400-750 foot-pounds of energy and travel at supersonic speeds.

The bureau's 9mm use dipped due to the round's recoil, attracting Glock's attention to build the 10 mm Auto Glock 20, introduced in 1991. The Glock 20 was designed around the original Glock. The company maintained its production consistency for more than three decades regardless of the caliber's popularity decline. However, it is said to benefit from the caliber's resurgence. 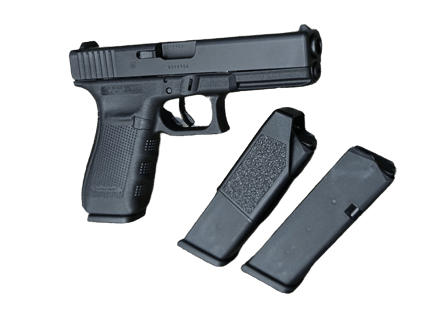 The G20 accepts harder-hitting rounds and can fit 15 rounds into a standard magazine. Plus the bullet in the chamber, the gun has a significant magazine capacity compared to other single-stack firearms.

G20's reloading capabilities are significantly faster than revolvers, and the standard manual of arms for semiautomatic pistols is used. This feature makes it an ideal choice for concealed carry as the faster reloads would come in handy against an aggressor as its follow-up shots are quick.

The trigger is typical Glock fare; thus, it is effective for almost everything apart from bullseye competition.

The exterior designs of this weapon are classic, boxy, simple, and a little longer and thicker than other Glock models. The weight and dimensions of the gun are unfavorable as it's a heavy pistol and can be challenging to shoot accurately without experience.

What Makes The Glock  More Powerful Than Other Pistols?

Glock20 integrates a 10mm auto-powerful handgun cartridge and various ammunition loads making it ideal for protection. The caliber spec range of 424 to 774 foot-pounds per second enables the Glock to emulate the 1911's performance specs with doubled capacity. The hard-hitting incapacitation capabilities of up to 774 ft pounds/ sec making it the most powerful.

How Does The Glock’s Power Compare to Other Handguns?

The 10 mm auto cartridge of G20 is significantly faster than a .40 SW; thus, more effective in incapacitating targets. Even though it's a hard hitter and reliable, it can't hit significantly harder than a 44. Magnum. However, you can fire several aimed shots from your G20 in the same duration you'd use to fire one aimed shot from a revolver.

Due to the gun’s firepower, it produces a significant amount of recoil than other handguns, which necessitates experience to get used to. Using it can be pretty simple if you have prior knowledge of using larger pistol calibers.

How To Solve the Recoil Issues

You can mitigate the gun's intense recoil with a customization back strap system and the latest Rough Textured Frame (RTF). In addition, tests show that the gun's high recoil depends on the specific type of auto 10mm used.

Thus, with the practice of how to shoot and ammunition choice, the weapon shouldn't produce an unbearable recoil degree. After which, you can implement the Glock 20 as a daily beast for concealed carry.

The G20 abilities are impressive, but as always, everything has its flaws. Especially for self and home defense, shooters are concerned about the gun prospects of the gun to use.

Therefore, even though the G20 is a hard hitter on a target, suitability varies with the situation. For example, its effectiveness varies depending on target size, climate, and conditions. 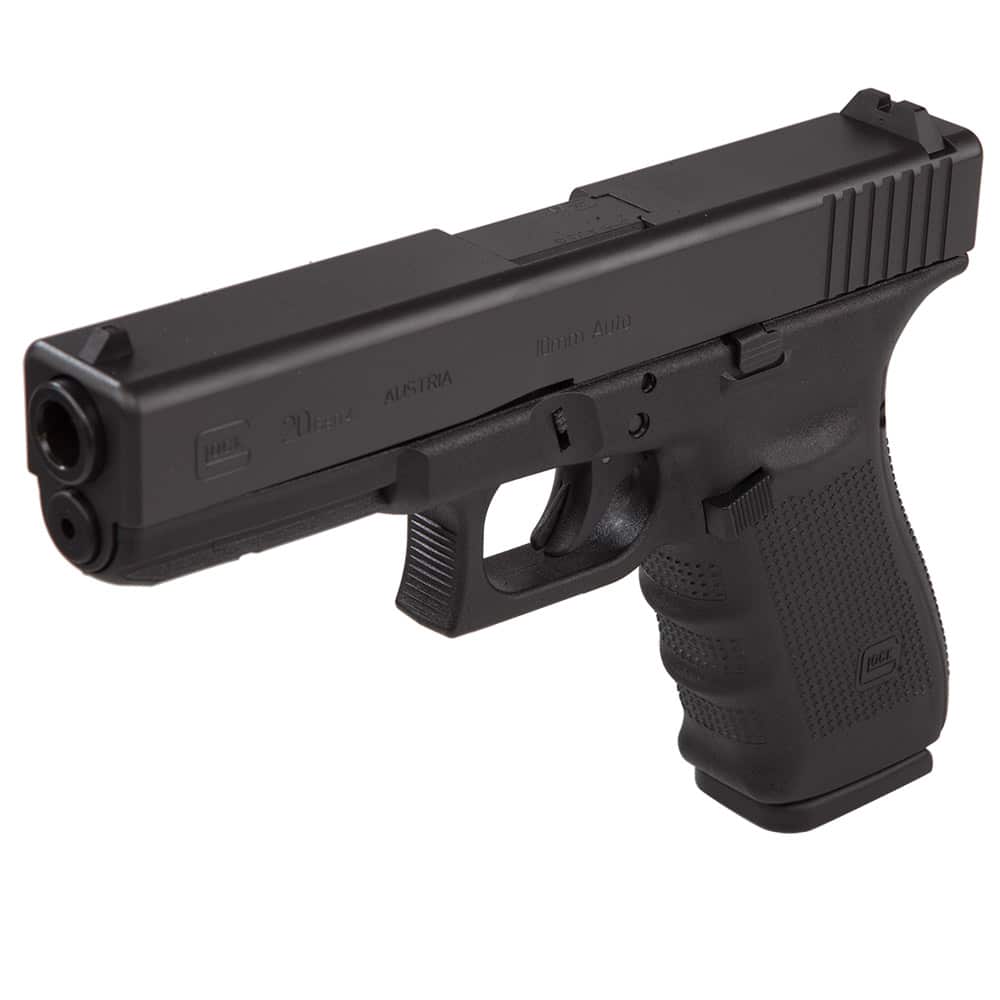 Unlike other big bore handguns, you can tune the Glock 20 to manage its power and handle recoil through different ammunition. A major advantage!

Consequently, you can have your Glock 20 customized with specific features or restructured to avail of the intended features. For instance, the factory barrels of the gun are polygonal, thereby not conducive to lead loads, which is a bummer as hard-cast lead is the best in tackling big predators.

You can tweak this problem by boosting the barrel with a fully supported barrel with conventional rifling. Ideally, the modifications allow gun practice with lead and integrate the shortest hard-cast bullets for self-defense.

Per your choice, you can even change the trigger specs but be careful not to damage the gun's reliability. Additionally, you can make slight adjustments to the grip through a simple reduction, which can be incredibly advantageous, especially when the loads are hot.

Modifying your gun can be beneficial or disadvantageous depending on the expert you use. So before embarking on the modifications, it'd be better to research and note the best expert for particular restructuring functions. For example, Lew Gosnell at Glock Grip Reduction is an expert who's been working on grips for decades. 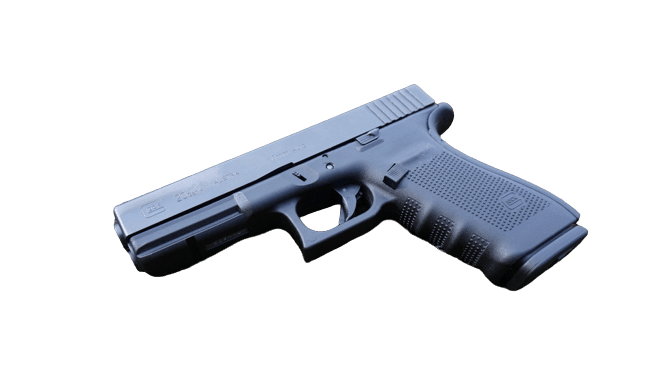 Experts can provide good texturing, grip-angle change, and an enormous beaver tail. Such adjustments can help fit your G20 on the hand and point more like the legendary 1911. Texture changes can be beneficial in the snow, rain, and mud, whether you've got gloves or not. The G20 SF (Short Frame) is ideal for those with smaller hands as it's a baby Glock.

Other experts like Brownells can provide modifications like trigger changes to give you a better feel while maintaining factory internal specs. For instance, Glock 20 Gen 4 Tyr trigger tweaks trigger functions using the original bar for a less trigger pull of 4 lbs without significantly damaging internal operation. 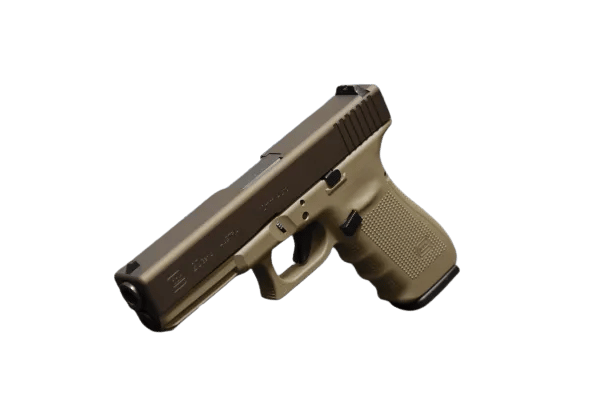 Barrels in a gun are integral in determining the gun's power, bullet speed, recoil, and penetration prospects. Bar-Sto Precision is one of the companies best at manufacturing the best barrels. It uses a standard solid rifling for lead bullets with fully supported chambers. Such an adjustment can offer a significant advantage on your G20 in 30 minutes for the best lockup, insane accuracy, and durability.

Glock's spring can handle most loads, but if you want to load it with a more rigid cast, you can add a recoil abater. You can also change the gun's mainspring with different weights to derail tear and wear to protect the pistol and your wrist.

What Are The Benefits of a Most Powerful Glock

The most powerful Glock is the best gun effective for larger targets. Additionally, a precision barrel loaded with 180-grain managed enlargement and a 200-grain rigid cast at 1,300 ft/sec is highly accurate. Additionally, its recoil is minimal for such a function, and it works with large bore 10mm loads.

Issues with accuracy depending on the person holding the gun and not the weapon. Powerful guns, high recoil, and heavy guns derail the person's capabilities, and restructuring can help sort these issues.

What Are The Different Models of The Most Powerful Glock?

Carrying such a powerful handgun can be problematic and harmful without the know-how. In practice, you must do so in situations you're likely to encounter; thus, it'd be best to learn how to use the gun on the move, backward and sideways.

For instance, you might be suitable to use the weapon in practice, but in a real-life situation, you might fall, and shooting from such an angle can be difficult without prior knowledge and precision.

However, Glock 20 carry is prohibited in some states like California and San Francisco. Before purchasing it, you must go through the foreign policy of where you are to use it.

Accessibility is a critical issue when carrying such a predator-defense gun. Ideally, it would help if you practiced getting accustomed to the G20 around your gear. You can also use chest rigs handy outdoors, but if you want a holster, go for one that fits appropriately against your body.